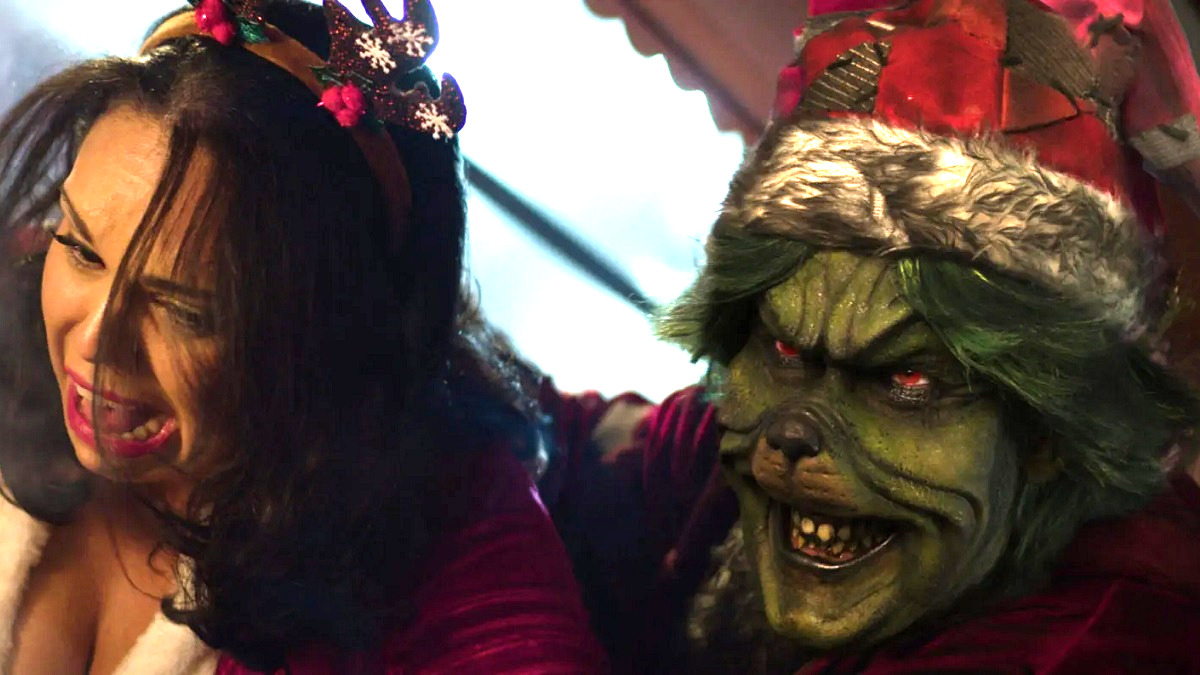 Winnie the Pooh: Blood and Honey became one of the year’s most unexpectedly headline-grabbing horror movies thanks to the sheer insanity of transforming beloved childhood favorites into bloodthirsty murderous villains. Seeking to capitalize on the buzz, the Grinch is getting in on the act with The Mean One slated for release on December 15 of this year.

For reasons that remain unknown, director Steven LaMorte has seen fit to turn Dr. Seuss’ beloved literary creation into a rampaging nightmare, with the story following the hairy green curmudgeon who dwells in the mountains high above the town of Newville, presumably to avoid any sort of copyright infringements and potential legal action.

Krystle Martin’s Cindy You-Know-Who is an orphan after her parents were brutally butchered by The Mean One 20 years previously, and she opts to return to the scene of the crime to seek closure – pitting her in a battle for survival against the terrifying creature that upended her entire existence.

Needless to say, it didn’t take long for the film to capture the imagination of the internet, with The Mean One shaping up to make for one hell of a double feature alongside the aforementioned Blood and Honey.

Does the classic children’s story need to be reinvented as a blood-soaked slasher? Absolutely not, but that doesn’t mean the sheer ridiculousness of the entire enterprise isn’t going to have horror hardcores frothing at the mouth in anticipation. Childhoods are made to be ruined, apparently, and living in a world where both the Grinch and Winnie the Pooh are racking up body counts with reckless abandon most definitely was not on our bingo card at the beginning of the year.