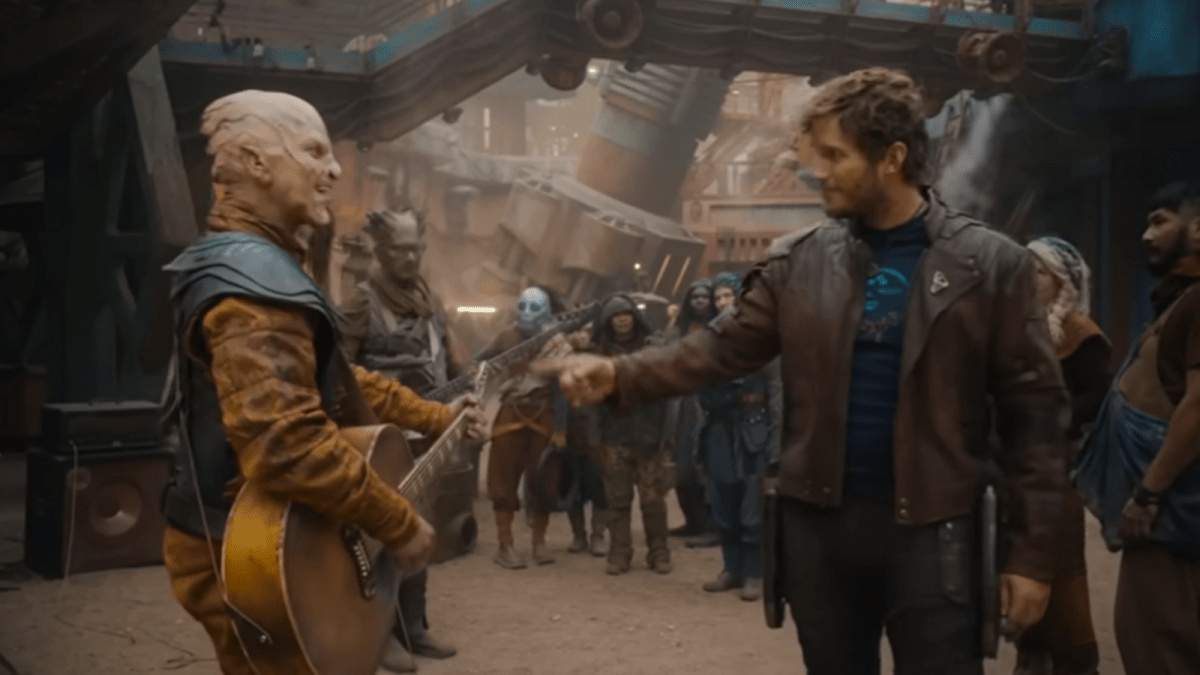 James Gunn‘s genius is spewing all over the internet once again. The director of The Guardians of the Galaxy Holiday Special brought on a special band to perform a few songs and the performance of “I Don’t Know What Christmas Is (But Christmastime Is Here)” is now an official video on the Marvel Music VEVO YouTube channel.

A long-time fan of the band Old 97, Gunn thought he’d ask them for help writing a new Christmas song that would be as monumental as Mariah Carey’s “All I Want For Christmas Is You” and Paul McCartney’s “Wonderful Christmastime.” In an interview with Marvel, he explained, “The alien band is played by my favorite band in the world, the Old 97’s, I’ve been a big fan of theirs since the ’90s. When I was writing the first song in there, ‘I Don’t Know What Christmas Is (But Christmastime Is Here),’ I needed help. I called up Rhett Miller, the lead singer of the Old’s, and we got together and wrote that song. At that point, I’m like, well, I’m actually going to make you guys the band in the show.”

The scene in the show is amazing and entertaining with Chris Pratt playing the comedy element. Well, actually, the song is funny too, so the band and Pratt both are comedy elements. With all that going on, why not just make the scene an official video for the song? It sounded like a good idea at the time and it worked.

Imagine being an alien hearing about Christmas for the first time and only getting pieces of the information rather than the whole story. A description of Santa might get twisted, “He’s a master burglar /a pro at picking locks / if you don’t leave milk and cookies out / he will put dung in your socks.” Put all the Christmas songs together and jumble them around, being on the naughty list could come out all wrong, “But if you’re on his naughty list / he shoots missiles at your toes / he might roast your chestnuts / with his powerful flamethrower.”

The lyrics are pure genius and YouTube viewer JacksonLane02 seems to agree, “Gosh that Santa Fury Frreak lyric is gold. I laughed immediately. A majority of the lyrics feel like they were Rocket’s idea mainly the Santa’s demise, Flamethrower, stab out Santa’s eyes and missle lyrics. Plus Groot jamming to the song is hilarious.”

It looks like Gunn and Old 97 shot over the top as YouTube viewer *insert name here* (that’s their name) puts it, “The new christmas banger. It will dethrone all i want for Christmas.”

With views on YouTube climbing by the thousands after only being up for a few hours and almost a million hits on Spotify, Gunn just might get what he wants. This one will play year after year just like the other hits have.