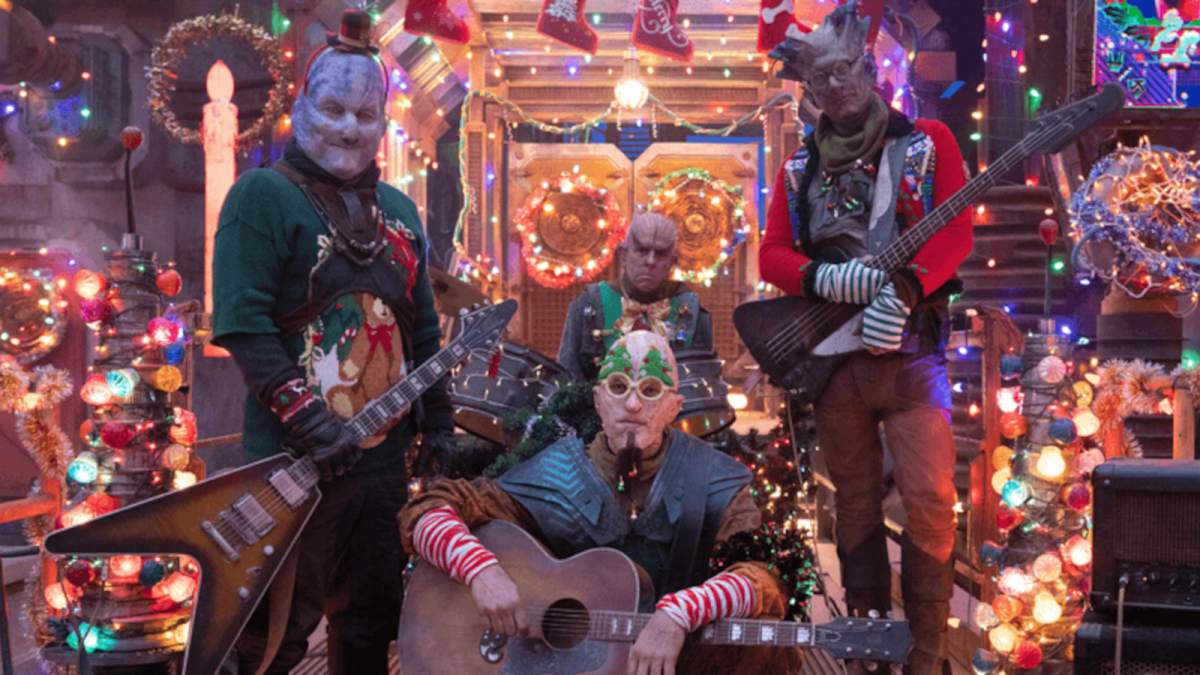 Director James Gunn didn’t just set out to create a TV special with action, humor, and special guests when he began writing and directing Guardians of the Galaxy Holiday Special. He also wanted it to have a memorable soundtrack and as it opens up with an alien band performing “I Don’t Know What Christmas Is (But Christmastime is Here),” fans have been asking whether the band is real.

James Gunn actually set out to do the unthinkable – he wanted to write a Christmas song that would be as memorable as the thousands of songs playing at this time of year on the radio and in stores. So he reached out to the Old 97’s to ask for help. However, it wasn’t just a random call to a random band. There’s a reason why he chose that particular band.

James Gunn sat down with Marvel and explained, “The alien band is played by my favorite band in the world, the Old 97’s, I’ve been a big fan of theirs since the ’90s. When I was writing the first song in there, ‘I Don’t Know What Christmas Is (But Christmastime Is Here)’, I needed help. I called up Rhett Miller the lead singer of the Old’s, and we got together and wrote that song. At that point, I’m like, well, I’m actually going to make you guys the band in the show.”

With Drax and Mantis on a mission to Earth to lift Peter Quill’s spirits and find him the greatest Christmas gift in the universe, the Old 97’s are rocking out in alien costumes. When the Dallas, Texas band started rocking together in 1992, Rhett Miller, Murry Hammond, Ken Bethea, and Philip Peeples could never have imagined that they would one day be in a Marvel Studios TV Special. Being on the soundtrack is one thing, but being put in the show is another.

Kevin Bacon plays the gift that Drax and Mantis have come to Earth to find. He also sat down with Marvel to talk about the experience, “[James] has got such a great ear for needle drops. I love this song, it’s really hard to write a fresh Christmas song at this point. I started playing it, and I really was having a good time playing it and singing it. Then to stand up there with The Old 97’s and they’re in makeup and crazy costumes, and to look down at the world and all the Guardians are there, and they’re rocking out to this song and so are the rest of that world, community. It was absolutely fun and hilarious, and just a great experience.”

The song Bacon performs with the Old 97’s is “Here It Is Christmastime,” another original from the band. Catch Guardians of the Galaxy Holiday Special streaming now on Disney Plus.