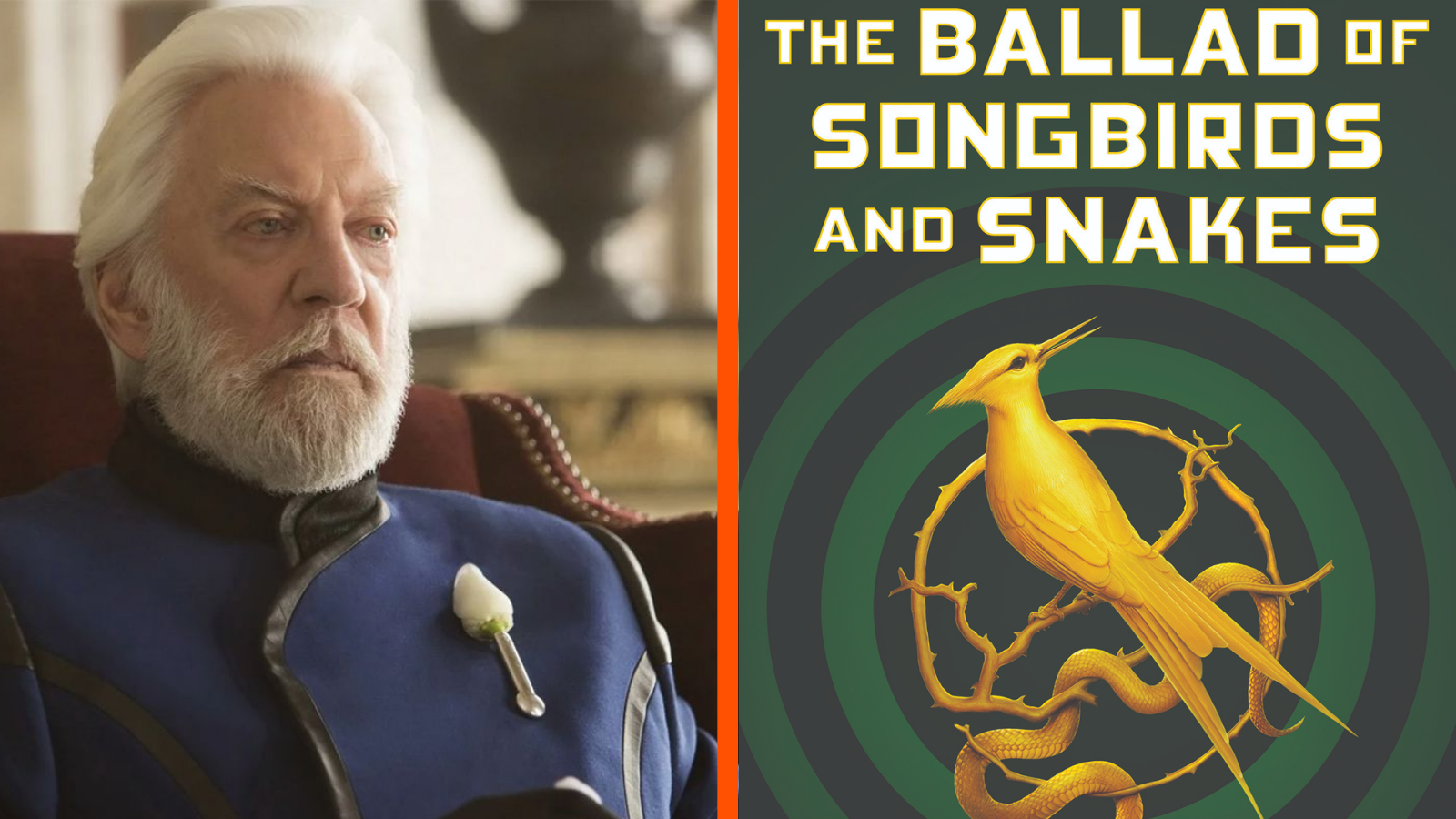 It seems like The Hunger Games is making a comeback to the cultural zeitgeist – that is, if it ever left.

After the phenomenon of the original trilogy by Suzanne Collins, the author decided to expand the world of Panem with a prequel novel titled The Ballad of Songbirds and Snakes, released in May 2020. Lionsgate, the company in charge of the film series’ distribution, instantly jumped at the opportunity to bring this prequel to the big screen.

As early as 2019, Lionsgate and Suzanne Collins had begun discussing the adaptation, and by April 2020, before the book had even been released, pre-production was underway. As tributes and rebels prepare for the release of the fifth The Hunger Games movie in late 2023, there’s already quite a bit of information to keep everyone hyped.

It’s expected that The Ballad Of Songbirds and Snakes movie will stay loyal to its source material, as has been the case with every other The Hunger Games movie that preceded it.

The book focuses on one of the most notorious scene-stealers of the original trilogy — Coriolanus Snow, the President of Panem — and one of the most hair-raising, disconcerting antagonists in young adult history. Songbirds and Snakes travels 64 years into the past where an 18-year-old Snow, top of his class at the Academy, is tasked with mentoring District 12’s female tribute for the 10th Hunger Games, Lucy Gray Baird.

For Snow, it is paramount that Lucy Gray wins the games, as it would bring fame and honor upon his family, which once mighty has now fallen on hard times. Set 10 years after the First Rebellion, Capitol authority is still fragile, which opens up for a rebel bombing of the Capitol Arena, where the games used to be held up until and including the 10th edition. The aftermath of the bombing creates further conflict but the games go on and Lucy Gray ultimately wins, with some help from Snow.

As a result, Snow is expelled from the Academy and forced to become a Peacekeeper. Having fallen for Lucy Gray, he asks to be placed in District 12. There, Snow learns of a rising rebel movement and, after accidentally becoming involved in it, plans to run away with Lucy Gray. When Lucy Gray learns Snow has told the Capitol about the rebels’ plan, she runs away while Snow returns to the Capitol.

Snow becomes the protogé of Head Gamemaker Volumnia Gaul, working with her to implement some of the ideas that turned the Games into the spectacle they eventually became.

The book, as well as the film, bring new cultural and historical perspective to the already incredibly rich The Hunger Games mythos, shedding light not only on President Snow’s background, but also the country’s politics and culture. Songbirds and Snakes explores many of the same themes of oppression, love and hardship that made readers and viewers fall in love with Panem.

So far, only the roles of Coriolanus Snow and Lucy Gray Baird have been cast.

Billy The Kid’s Tom Blyth is attached to star as young Snow. The 27-year-old British actor is also known for his roles in The Gilded Age and Benediction.

Director Francis Lawrence had nothing but praise for Blyth’s interpretation of Snow, saying: “Tom’s take on the character showed us all the complex ambiguities of this young man as he transforms into the tyrant he would become.” A sentiment shared by Producer Nina Jacobson, who believes “Tom’s performance will both fulfill and disrupt everything you think you know about Coriolanus Snow.”

As for Lucy Gray, it’s up-and-comer Rachel Zegler taking on the role. Zegler is booked and busy after making her feature film debut in Steven Spielberg’s West Side Story as Maria, and being cast in Disney’s new live action Snow White as the princess herself. Considering Lucy Gray is a singer in The Ballad of Songbirds and Snakes, Zegler’s stunning pipes will bring a special magic to the character.

“When you read Suzanne’s book, Lucy Gray’s emotional intelligence, physical agility, and fiercely powerful, determined singing voice shine through,” Lionsgate president Nathan Kahane told Deadline. “Rachel embodies all of those skills – she is the perfect choice for our Lucy Gray,” he added.

Producer Nina Johnson said Zegler “blew the roof off with her depth and breadth of talent as an actor, singer, and performer.” For Johnson, Zegler perfectly resembles Lucy Gray in the way “her voice and charisma command the stage while her inner strength and humanity transform those around her.”

Fans should be pleased to learn the director of Catching Fire and both Mockingjay films, Francis Lawrence, will be calling the shots again in The Ballad of Songbirds and Snakes. A huge fan of The Hunger Games world himself, Lawrence told Discussing Film:

“I was always eager to get back into the world [of The Hunger Games], but I just wanted to make sure that it came from an organic place and for me, that’s always from Suzanne. When I heard that she was writing a book, I got really excited. I loved the story, I love what it’s about, and I love how relevant it is. The characters are awesome and it’s really exciting to dive back into a different, earlier version of the world and for the most part with a bunch of new characters. So yeah, really exciting and the script is progressing really well!”

Another The Hunger Games alum, Michael Arndt, who was tasked with re-writing the entire script for Catching Fire, has been assigned with writing the screenplay for the upcoming prequel, along with Michael Lesslie.

Nina Jacobson, the producer for all previous four films, is also coming back, joined by Brad Simpson. Suzanne Collins and Tim Palen are executive producing.

The logo for the film was revealed by Lionsgate at CinemaCon back in April.

The Ballad of Songbirds and Snakes has been assigned a November 17, 2023 release date, almost exactly 8 years from the day Mockingjay – Part 2 hit theaters, leaving every fan of the fervent story yearning for more. Well, the wait is almost over!