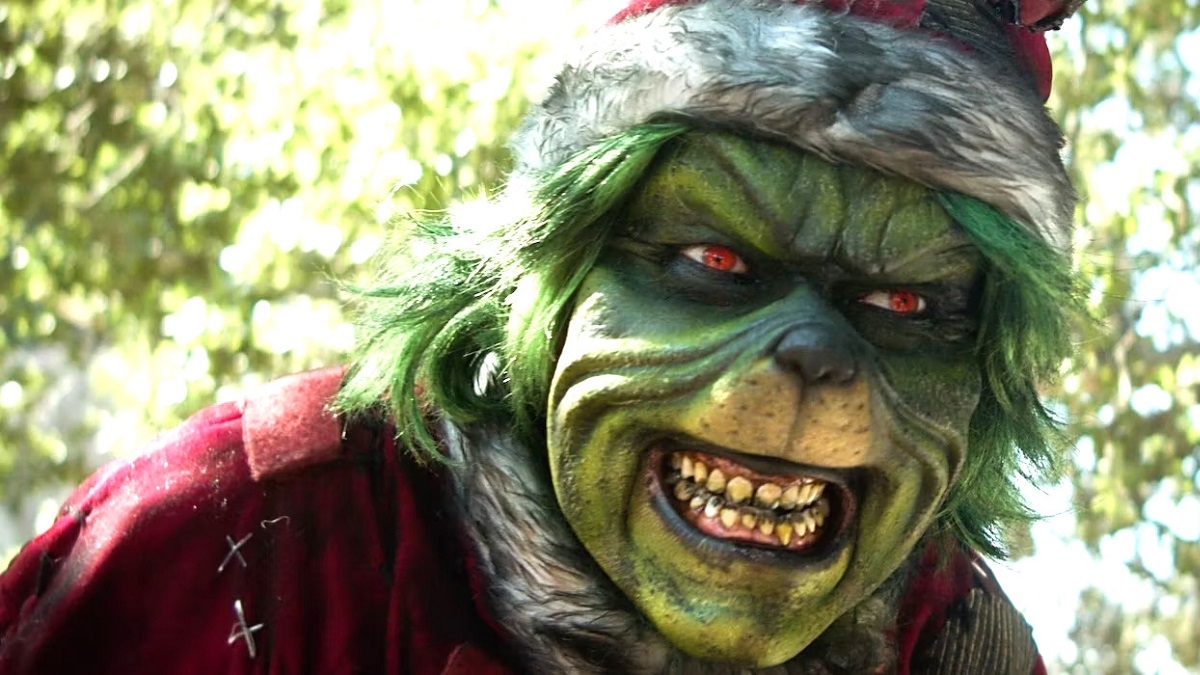 2022 has proven to be a banner year for horror in more ways than one, but three movies above all others have arguably gained the most notoriety when it comes to the sheer levels of unhinged insanity on display. Box office sensation Terrifier 2, sadistic slasher Winnie the Pooh: Blood and Honey, and Grinch-inspired slasher The Mean One have seized the zeitgeist, and the brains behind two of them are planning to team up to tackle another well-known property.

Steven LaMorte has already helpfully explained how he was able to turn Dr. Seuss’ beloved creation into a murderous nightmare through the means of parody, so all bets are off as to what could be next on the filmmaker’s agenda. That being said, Mickey Mouse is destined to enter the public domain if Disney doesn’t get its finger out soon, but… surely not?

While he wouldn’t divulge any details, LaMorte did at least reveal to Entertainment Tonight that he’s planning to team up with the team behind Terrifier for his next feature, in what sounds like a dream scenario for gorehounds who prefer their films to be soaked head to toe in buckets of blood, guts, and entrails.

“I have two new projects in the works. One is about a very familiar existing IP. I haven’t announced it yet, what it’s going to be, but it is going to be made in collaboration with the producers behind Terrifier… [We] go way back; we actually all went to high school together. Now we’re making horror films, and we’re like, why the hell aren’t we making one of these damn things together?

And do I have ideas for a sequel to The Mean One? I definitely have an entire outline that may or may not have several pages written, and all of the set pieces, and some sketches. I may or may not. I can’t be sure what I have or don’t have! But if there was to be a second Mean One, the story would be nuts. Allegedly. If it exists. And I’m not saying that it does!”

So we could end up seeing LaMorte reinvent another familiar face as a depraved mass murderer, on top of a sequel to The Mean One? Skeptics might not be sold on the idea of “beloved children’s characters committing atrocities” subgenre, but there’s always going to be an audience for something so unashamedly outlandish you kind of have to see it with your own eyes.