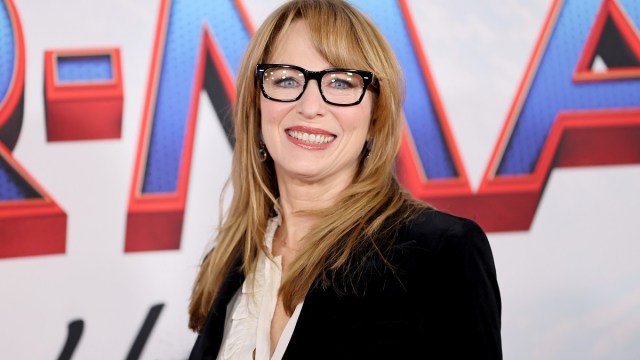 Everybody knows Kevin Feige is the single most important figure in the history of the Marvel Cinematic Universe, but who comes second?

You could state a case for Robert Downey Jr., who served as the launchpad for what would soon become unprecedented global success. There’s former Disney chief Bob Iger, who disbanded the infamous Creative Committee and gave Feige full control over the creative direction, or there’s the baseball cap enthusiast’s trusted lieutenant and current President of Physical, Post Production, VFX, and Animation Victoria Alonso. However, the title arguably belongs to casting director Sarah Finn, but she’s happy to stay in the background.

As the person tasked with selecting who inhabits virtually every role in the sprawling superhero sandbox, Finn is responsible for all of your favorites being hired in the first place, from RDJ to Tom Holland via Iman Vellani and the triumvirate of Chrises. In an interview with Marie Claire, Finn opened up on the rigors of overseeing a long-running saga that’s been almost impeccably cast from its very inception in typically unassuming fashion.

“I think if I had any idea where this was all going. I would’ve run out the door… I had a lot of excitement about it. I like the challenge and I love the sense of openness – that we’re going to discover this together.”

It hasn’t been all sunshine and roses, though, with Finn admitting the early days of building out the MCU came with a particular set of casting challenges.

“Captain America was not cool. Literally, I was calling an agent trying to check on this actor and that actor. And the agent would say, ‘He’s never wearing tights’… I’m also thinking, If this person were to meet Chris Hemsworth, Chris Pratt, Robert Downey, Jr., will they be able to play ball?”

That’s without even mentioning the never-ending expansion on multiple fronts, the influence the MCU has on so many people around the world, and ensuring that the perfect candidate is selected from anywhere up to thousands of auditions.

“We’re building this brick by brick, right? I’m focused on the task at hand… If I have any impact, I think it’s likely bringing actors to the MCU that the audiences are really excited about.

There are kids who are the age now where they’ve grown up on the entire canon of the MCU. When I look at it as, ‘Here’s an individual whose life has been shaped by these movies,’ then I feel emotional about that.

But there are always intangibles also. And when you find that actor whose sensibilities and perspectives not only merge with the character but breathe life into it, so that you’re seeing things you hadn’t even expected to see or thought of or considered, then you’re watching that character come to life in front of you.”

Everybody knows who Kevin Feige is, and he’s deservedly been celebrated for his accomplishments, but don’t sleep on the fact that Finn has been with him every single step of the way.