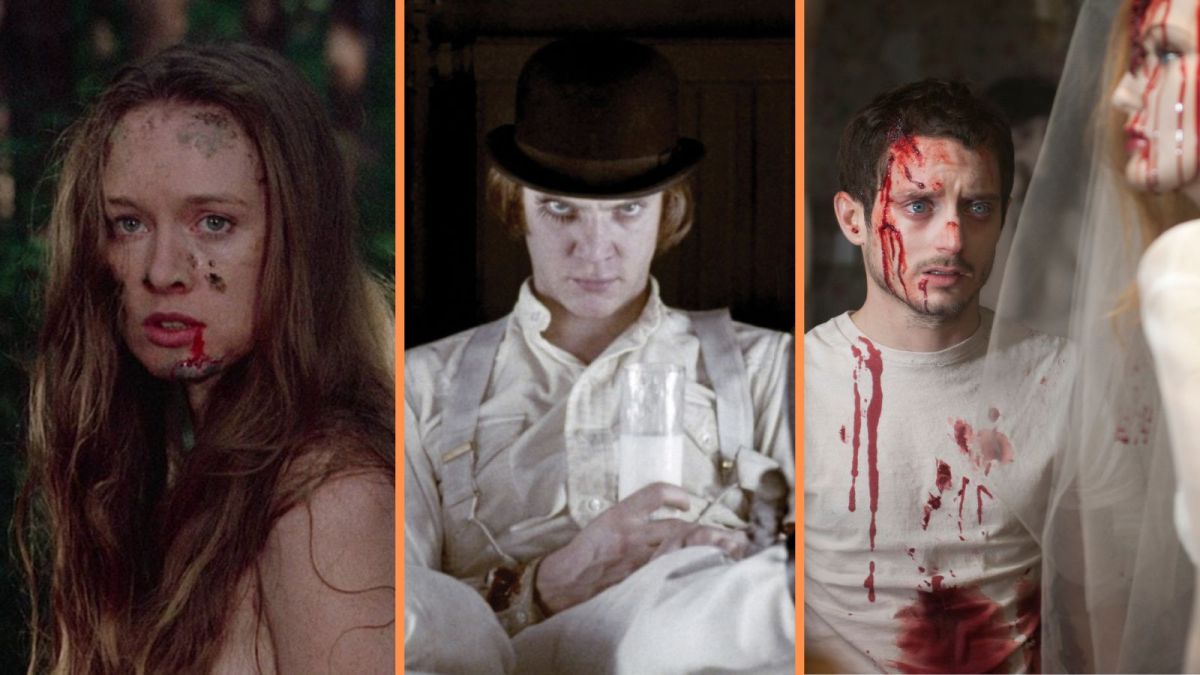 Warning: this article contains discussion of confronting themes, including sexual and graphic violence.

As cultural sensitivities adapt and evolve, so does filmmaking. Since the early days of simple silent films, studios and audiences have clamored for more intense cinema. With the release of Nosferatu and the Universal Monster movies came a new genre of horror to the big screen.

With it preying on vulgar, supernatural, unsettling themes, and stacking up on blood and gore, it’s no surprise not all horror movies make it to a cinematic release. Some classic and unknown films have been barred from cinemas, with some astonishing reasoning coming with them.

I Spit on Your Grave

Giving birth to an entire genre of films called rape revenge films, I Spit on Your Grave is one of the most graphic movies you may ever see. After a writer is assaulted, she exacts revenge on the men, and it results in a kind of violence which most people can get on board for.

Directed by Meir Zarchi, the film was subsequently banned in Ireland, Norway, Iceland, and West Germany while it was refused a cinema certificate in the United Kingdom. It released on VHS thanks to a loophole before being deemed a “video nasty” and becoming illegal to own until 2001. Britain followed in the footsteps of Australia and New Zealand, offering a heavily censored and cut version.

Actress Camille Keaton was commended in later years for her performance, and returned for a sequel in 2019 subtitled Deja Vu. Similarly, a remake was released in 2010 but failed to gain much traction critically.

If it weren’t for I Spit on Your Grave, we likely wouldn’t have the Oscar nominated film Promising Young Woman. It’s well worth a watch, but skipping through some scenes is highly encouraged.

One of the most notorious banned films of the 21st century, A Serbian Film got near instant infamy after its first screening in Austin at the Alamo Drafthouse. The cinema owner gave audiences two opportunities to leave the cinema before the film, citing its gratuitous violence, incredibly dark themes, and confronting sexual imagery.

Depicting an aging adult video star desperate for work, he ends up working in the morally bankrupt and deeply illegal snuff film industry in order to make ends meet. It’s rare for a modern movie to cause such an outburst, with the film swiftly banned in Australia, New Zealand, Spain, Norway, and the Philippines.

It’s not for the faint of heart, but at its very best, it’s a movie which will stay with you for a very long time. Art is meant to trigger an emotion, but it may be too much for some audiences.

Lars von Triers is one of the most controversial directors around, with such famous remarks and actions like calling himself a Nazi, being an alleged sexual predator when working with Bjork, and having incredibly confronting films. They don’t get much more eyebrow-raising than Antichrist.

Following a couple’s bereavement after the death of their son, they soon retreat into woods and get engrossed into a violent sexual relationship thanks to visions and delusions—a fun film for the whole family to enjoy! Despite being released in 2009, it wasn’t until 2016 that it saw its first ban. The French culture ministry banned it from being shown in cinemas again, deeming its original decision to allow it a “mistake.”

Despite its graphic content, it’s an interesting film and features two strong performances from Willem Dafoe and Charlotte Gainsbourg.

A Clockwork Orange is so far away from Stanley Kubrick’s previous film, 2001: A Space Odyssey, you’d think they were made by completely different people. Starring Malcom McDowell in possibly his greatest role ever, it sees his character, Alex DeLarge, commit horrendous acts of violence dubbed “ultraviolence” before he is double-crossed by his gang.

He’s subsequently institutionalized and becomes the guinea pig for an experiment to remove his ability to commit crime. Based off a book by Anthony Burgess, it didn’t last long in cinemas before controversy hit. After a series of copycat attacks being committed by those who drastically misunderstood and committed horrendous acts in the name of the film, Kubrick demanded the film be taken out of circulation in the United Kingdom.

“To try and fasten any responsibility on art as the cause of life seems to me to put the case the wrong way around. Art consists of reshaping life, but it does not create life, nor cause life. Furthermore, to attribute powerful suggestive qualities to a film is at odds with the scientifically accepted view that, even after deep hypnosis in a posthypnotic state, people cannot be made to do things which are at odds with their natures.”

A Clockwork Orange, despite being a tough watch at times, is one of Kubrick’s best films. It is an incredible analysis of violence and humanity’s strange need for it, and if “goodness” can be instilled into people.

Who hasn’t wanted to see Elijah Wood as a grotesque serial killer? Franck Khalfoun’s remake of the notorious 1980 film, Maniac proved to live up to the hype in terms of controversy. Starring Wood as a serial killer who murders women and then attaches their hair to mannequins, it’s very clear to see how this may cause a few issues.

The graphic ways the kills are done, as well as scenes depicting him scalping his victims caused New Zealand to ban the film altogether upon its release in 2012. Khalfoun spoke with amusement at some of the audience reactions to the film, with him citing viewers vomiting after certain sequences as something he “pats himself on the back” for. Great stuff, Franck.

Maniac’s remake isn’t quite as emphatic or shocking as its original, but it’s very funny to think a movie starring The Lord of the Ring’s Frodo could ever face cancellation, especially in New Zealand.