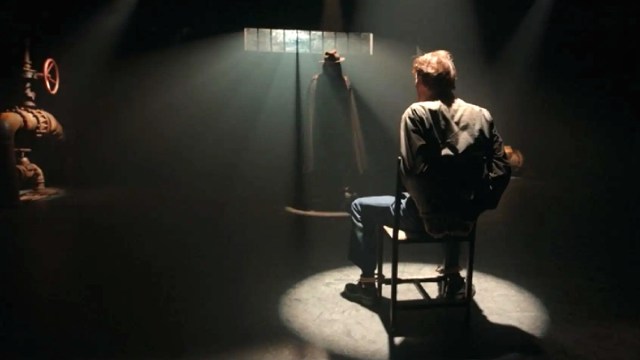 via HBO Max
Review of:

We’ve entered a brave new era for the DCU since James Gunn and Peter Safran officially assumed their official responsibilities as co-CEOs, opening the door to a wave of fresh, interesting, exciting, and potentially unexpected projects.

However, one boneheaded suggestion to be put forth on the forums of Reddit has found itself being torn to shreds by an army of supporters who absolutely would not even consider the idea becoming anything close to remotely resembling a reality. And yet, it’s already sort of happened in a way, and very recently to boot.

The offending pitch in question asks DC diehards if they’d be interested in seeing the titular antihero from V for Vendetta interacting with the characters established as official franchise canon. While the answer is about the most resounding “no” you can find, it’s worth pointing out that Pennyworth: The Origin of Batman’s Butler caused mass confusion and canonical chaos when it dived into the dystopian back catalogue for some unexpected cross-pollination.

There was widespread incredulity at the time, although it did coincidentally coincide with V for Vendetta‘s annual surge in popularity right around the fifth of November, so maybe it was a savvier move than we thought. That being said, seeing the iconic mask and hat enthusiast twirl his blades in the same space as Superman, Batman, Aquaman, Wonder Woman, and the rest of the heavy hitters in the DC arsenal doesn’t make a lick of sense when you put more than an ounce of thought into it.

Based on the consensus, then, we can infer nobody wants to see it happen, and that Pennyworth continues to fly under the radar.