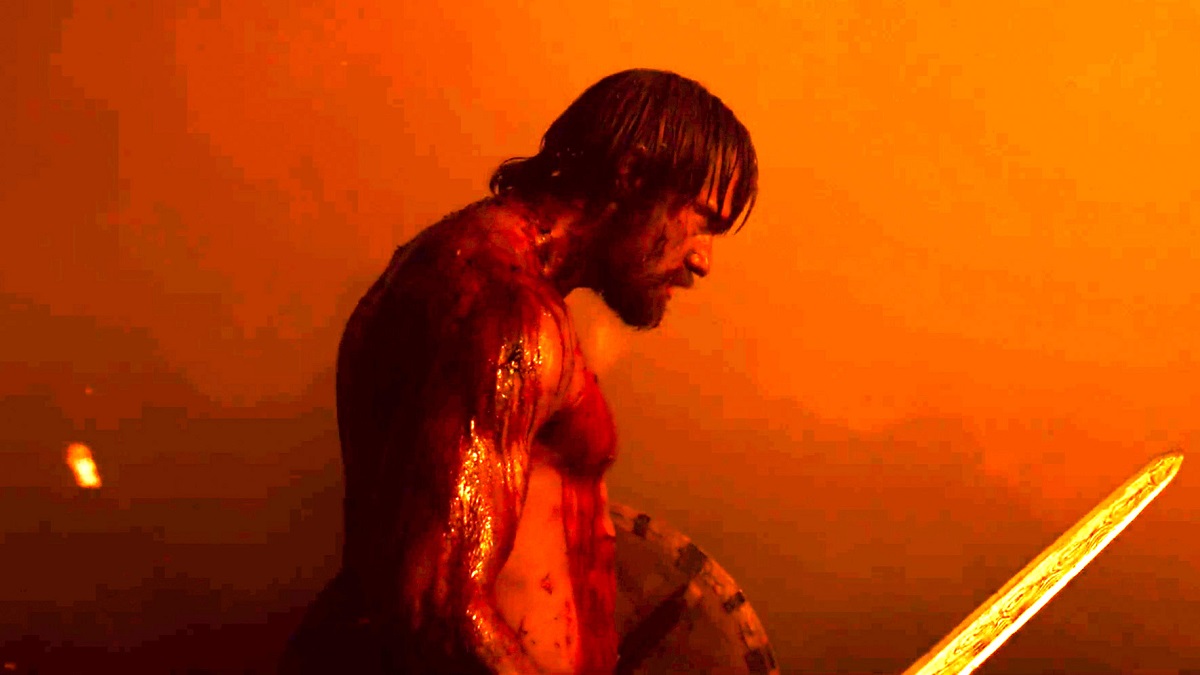 Despite finishing slightly under projections at the box office after debuting to $12 million, The Northman has been winning rave reviews from all corners, even if that may not be enough to see Robert Eggers’ $70 million Viking epic turn a profit by the time it leaves theaters.

With an 89% Rotten Tomatoes score secured, it’ll definitely go down in the history books as one of the most acclaimed big budget movies of the year, and there’s the distinct possibility the brutal, beautiful, and gripping tale of lifelong revenge will find a renewed vigor on home video and streaming.

Much has been made of the climactic third act showdown, which features Alexander Skarsgård and Claes Bang duking out on top of a volcano mid-eruption while completely naked, with some CGI genitals thrown in for good measure, marking a fittingly grandiose end to an old-fashioned adventure.

However, Eggers admitted to Entertainment Weekly that he had some concerns about going too over-the-top when it came to the backdrops and visual effects.

“To be totally frank, I didn’t know that this quarry was really going to look good. We were worried that it was not going to look like a volcano. I remember saying to Sjón, my Icelandic co-writer, ‘Is this a stupid American ending?’ And he said, ‘It could be, but we’ll make sure that it’s not.’ After we did a couple takes, Mark Huffam, one of the producers, came up to me and he was like, ‘To be honest, I didn’t think it was going to work, but this looks good.’ “

Suffice to say it worked out well for everyone in the end, capping off The Northman in spectacular style, as well as bringing Amleth’s quest to a definitive conclusion.