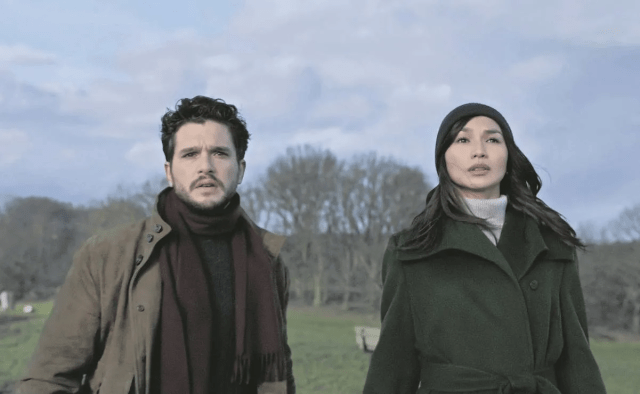 The Marvel Cinematic Universe is no stranger to putting out a divisive entry here and there. Phase Four has perhaps been the loudest example of that, with She-Hulk: Attorney at Law in particular having taken over Twitter for all the right and wrong reasons for the better part of two months.

As for the cinematic side of the MCU, no project split the fanbase down the middle quite like Eternals. Despite some gorgeous on-location work from Academy Award-winning director Chloé Zhao, the overstuffed cast and imperfect-at-best script was a sore point for many a Marvel faithful.

One of the more prominent points of contention in Eternals was the many—and sometimes literally—earthshattering events that were stacked into the film’s conclusion. Tiamut’s enormous marble body rising out of the ocean was only ever alluded to again in a blink-and-you’ll-miss-it shot in She-Hulk, and everyone seems to have forgotten about Arishem’s sudden appearance on Earth, during which the gargantuan Celestial kidnaps Sersi, Phastos, and Kingo in preparation to cast his final judgement on the planet.

Given that the MCU is staunchly genre fiction and that Kevin Feige has at least a decades’ worth of material planned for the franchise, complaining about everything not fitting together sensibly may be jumping the gun a bit. Nevertheless, it’s more than enough to pique one’s curiosity, and a fan on r/marvelstudios is all but ready for Arishem and his treacherously heroic creations to come back in a big way.

In response to the question posed in the link above, in which the original poster wonders why there’s been less in-universe fanfare about Arishem’s threat, one user pointed out that this could all be leading up to the MCU’s adaptation of the “AXE” comic book storyline.

For those of you not in the know, the AXE storyline in the Marvel Comics centers on a conflict between the Eternals, the Avengers (who are in what seems to be a rebuilding phase), and the X-Men, who creep closer and closer to their MCU bow as the days go on.

Another user was happy to offer a breakdown of the nuances in a pair of additional replies.

With the Celestial’s judgment of Earth playing a big role in the AXE storyline, the crystal-clear omen of such an event in Eternals means we could very well be getting a project that tops Avengers: Secret Wars in terms of scope. We’ve got quite a bit of time before we see the fruits of this theory, though. For now, fans can ride out Phase Four later this week when Black Panther: Wakanda Forever releases in theaters on Nov. 11.