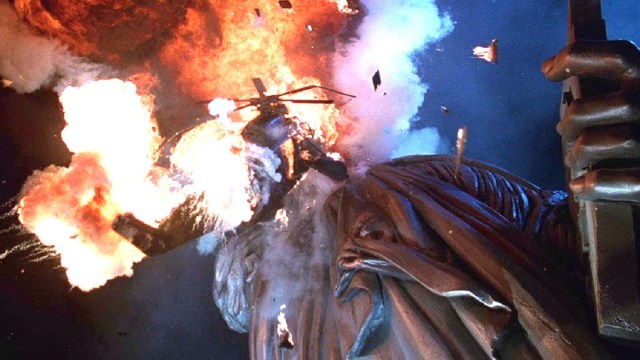 Even though it wasn’t the movie that hammered the final nail in the coffin of the original franchise, Batman Forever ironically marked the beginning of the end, with Joel Schumacher taking the series in such a wildly different tonal direction that he almost killed it outright just two years later.

We might have seen the Caped Crusader suited up in no less than nine live-action blockbusters since 1989 (which goes up to 10 if you include Zack Snyder’s Justice League as a separate entity) with at least three more on the way via Aquaman and the Lost Kingdom, The Flash, and Robert Pattinson’s follow-up to The Batman, but it still boggles the mind to think that only eight years separated Tim Burton’s classic original from Batman & Robin.

Respective 39 and 32 percent Rotten Tomatoes scores from critics and audiences indicates that the love for Val Kilmer’s sole stint under the cape and cowl hasn’t increased over time, but it has at least managed to enrapture streaming crowds. As per FlixPatrol, Batman Forever has been making a splash on the Google Play Movies worldwide watch-list all week, with subscribers happy to revisit the underwhelming comic book caper.

Tommy Lee Jones may have famously left Jim Carrey’s buffoonery unsanctioned, but they both attempt to inhale as much scenery as humanly possible as the game of villainously hammy one-upmanship threatens to completely overshadow the title hero. There’s a lot going on, and way too much in a lot of scenes, but at least Forever has plenty more redeeming features than its horrendous successor.