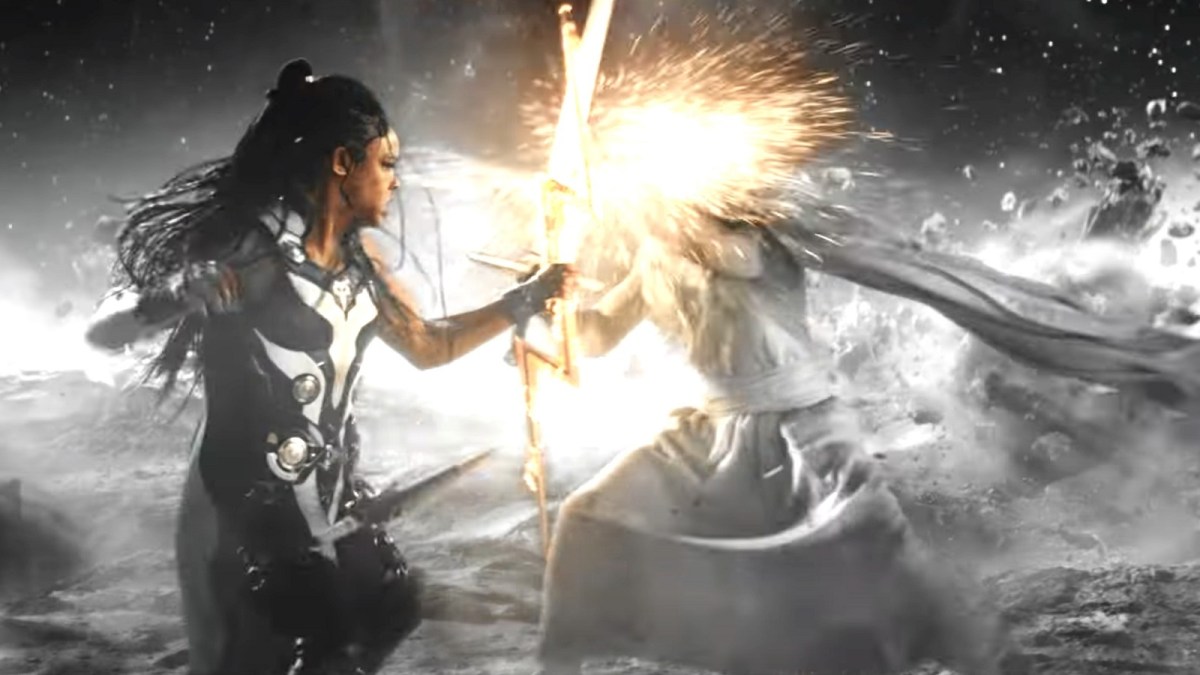 It’s ironic that MCU fans love nothing more these days than to tear apart Thor: Love and Thunder for its arguably underwhelming contents, but now we’ve received evidence that director Taika Waititi cut out a deleted scene that would’ve been guaranteed to win him the adoration of Marvel lovers everywhere. Why? Because it would’ve finally introduced a character fans cannot wait to see enter the franchise, one who just happens to be one of the comics universe’s most powerful threats.

A series of mind-blowing concept art storyboards from artist Anthony Winn have hit the net, which unveil an aborted sequence that no doubt would’ve left fans as stunned as when John Krasinski showed up as Reed Richards in Doctor Strange in the Multiverse of Madness. In fact, the comparison is an apt one as the artwork depicts a scene in which Jane Foster’s Mighty Thor faces down another Fantastic Four favorite — the Devourer of Worlds himself, Galactus.

It’s also worth pointing out that Winn’s work similarly pits Natalie Portman’s heroine against Doctor Strange 2‘s Gigantus and Fing Fang Foom, another iconic Marvel foe who would’ve been making their MCU debut. That’s about all the context we’ve got for this MCU-shattering crossover right now, so we’ll have to wait for Winn, Waititi, or anyone else from the production to clarify how this trio would’ve fit into proceedings.

Still, by the looks of things, these three crossover cameos would’ve occurred as part of some montage sequence designed to establish Jane as a great hero in her own right, with these battles against such formidable opponents proving her mettle to audiences in a brief but effective way.

It’s conceivable that this was just an imaginary sequence drawn up by Winn to illustrate how Mighty Thor could look in action. That being said, we do know that Waititi originally planned for his film to feature way more cameos than it did. Maybe Galactus and co. were part of his initial ambitions?