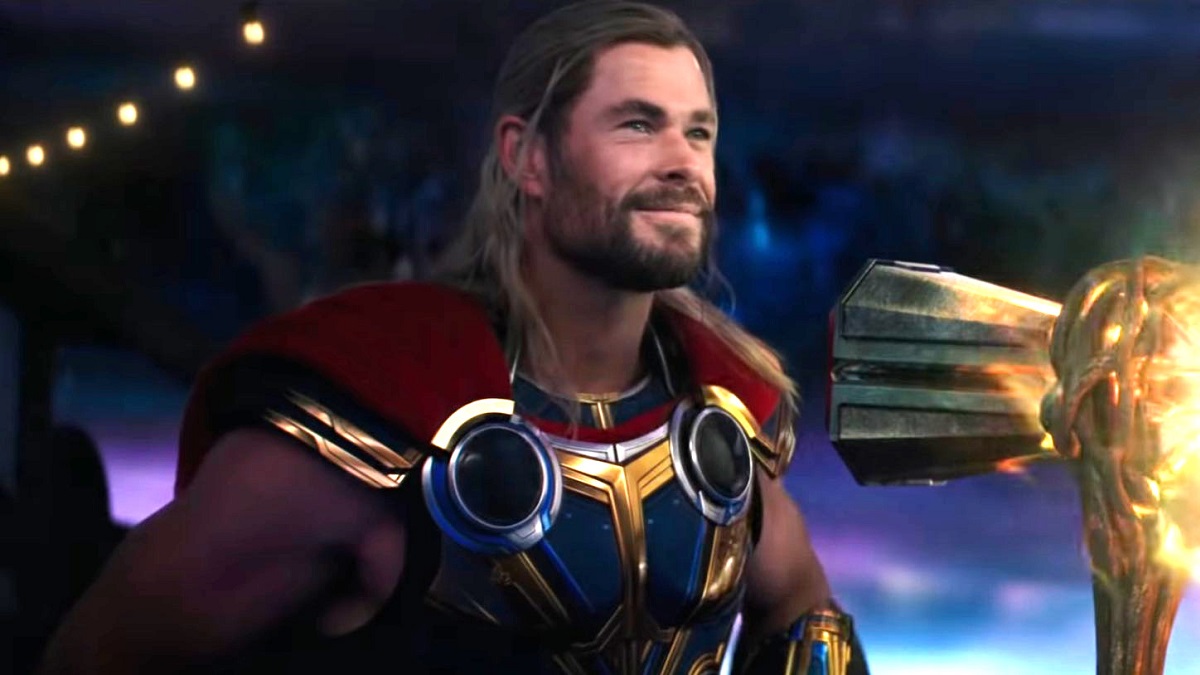 It’s been over 24 hours since the first teaser trailer for Thor: Love and Thunder debuted at long last, but it’s going to be a while yet before Marvel Cinematic Universe fans are done combing through every single frame of footage in an effort to glean as much information and potential plot details as possible.

The smart money would be on the full-length trailer dropping round about the time Doctor Strange in the Multiverse of Madness hits theaters on May 6. However, a conspiracy has already started to take shape, and it’s one that eagle-eyed MCU enthusiasts will be familiar with.

We all remember the famous ‘phantom kick’ in the Spider-Man: No Way Home trailer that digitally erased the other two Peter Parkers in the money shot that showed the web-slinger diving into battle against the villains, and now the internet is convinced that Love and Thunder has done the exact same with a shot from the teaser.

Guesses vary as to who could be filling the vacant spot by the Odinson’s side, ranging from Russell Crowe’s Zeus to Tom Hiddleston’s Loki, via fan favorites Beta Ray Bill, Hercules, and many more. Of course, it could also be nobody at all, but it wouldn’t be the first look at a major Marvel Studios blockbuster if a thousand lines of inquiry didn’t pop up in the immediate aftermath.

There was no sign of Christian Bale’s Gorr the God Butcher, either, but that’s one surprise we know is going to be revealed in the not too distant future.