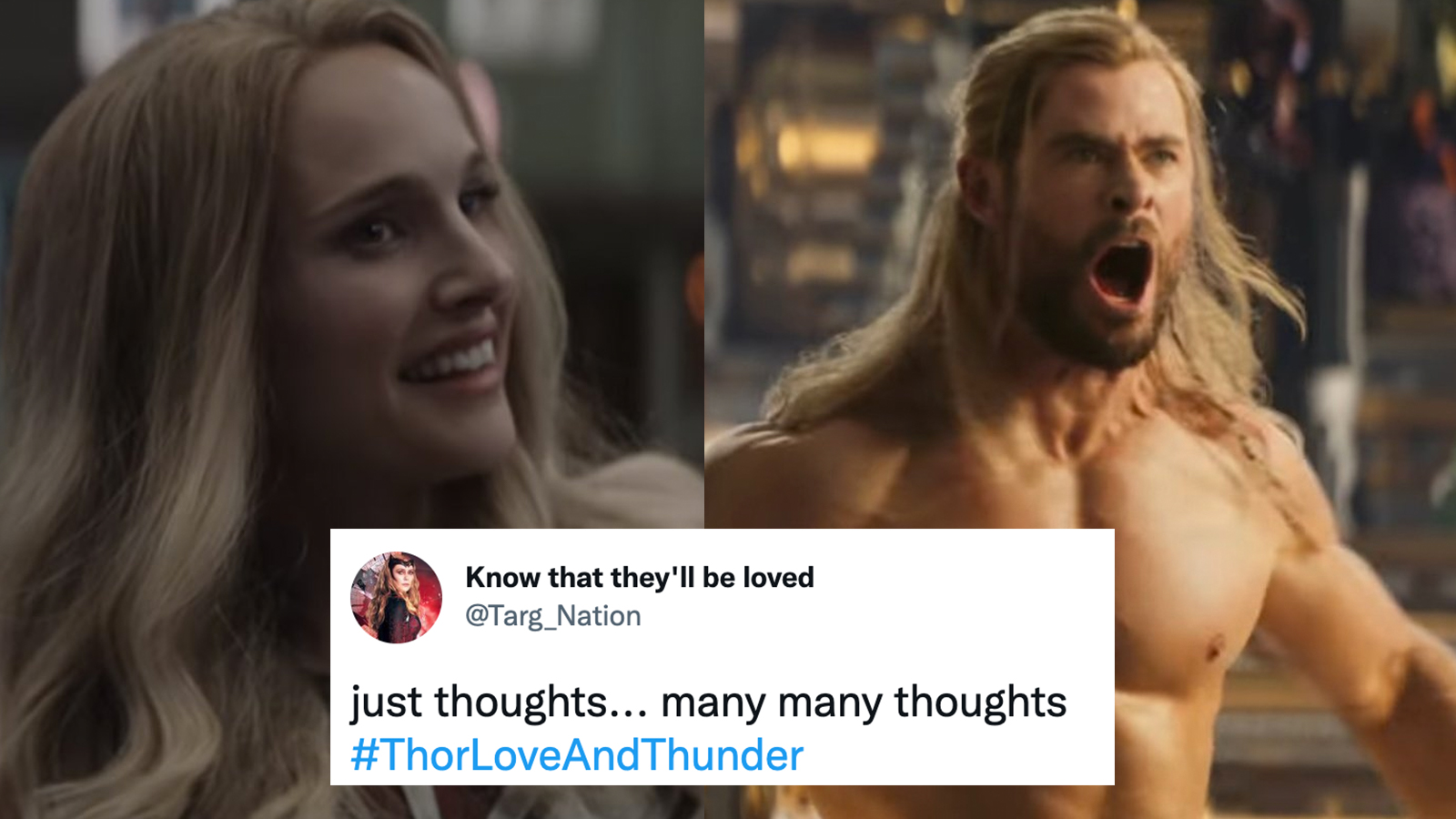 First and foremost, MCU fans keyboard-smashed like they had Mjolnir for hands when they saw Bale’s Gorr. A few fans said the film’s version of the iconic character was creepier than what they’d even seen in the comics. Another joked he looks like a yassified Quizzy from Star Wars. Go off, Quizzy!

Either way, we can safely say Taika Waititi’s Thor films continue to have the best villains in the franchise.

Valkyrie at one point just rawdogs God-like power and wields Zeus’ lighting bolt with her raw hands like a motherfucking GOAT. It absolutely is gonna be the best moment in the whole film. Just imagine the fan art.

Others were craving a bit of Hemsworth’s hammer. They appeared to be on the verge of collapse like Zeus’ entourage when they saw male Thor’s Asgardian unit. Oh Odin, give me strength.

One fan jokingly wondered whether the shot of Thor chained up and sporting a purple cloak in front of Zeus (Russell Crowe) was a cheeky nod to Agatha Harkness (Kathyrn Hahn) at the end of WandaVision.

Another fan reckons they’ve spotted nods to Lady Death, The Watcher and Living Tribunal in the scene where Jane Foster summons a bolt of lightning from her Mjolnir. Interesting… We’ll have to see where that develops when the film comes out.

Another confused fan just want to know what went wrong in the costuming department here:

Thor: Love and Thunder premieres in theatres on July 7th.