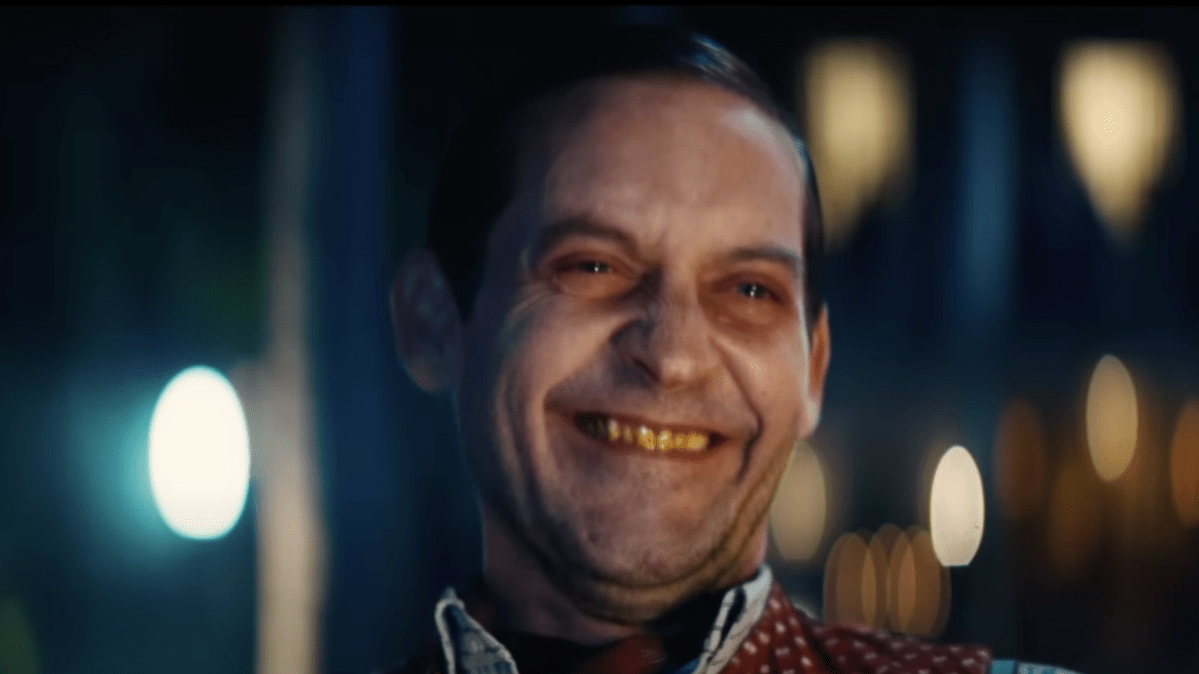 Throughout Tobey Maguire‘s career, which spans over three decades, he has displayed his acting abilities in various roles. While many may recognize him as Spider-Man from the Marvel franchise, the now 47-year-old showed his range by starring in more serious films, including 2009’s Brothers, 2013’s The Great Gatsby, and Labor Day. Maguire is putting his skills to the test again, this time in the newly released film Babylon as he portrays the role of a drug addict named James McKay.

Babylon showcases the lives of actors and actresses as the movie industry in Hollywood changes from silent to sound films. The movie also stars Margot Robbie, Brad Pitt, Phoebe Tonkin, Olivia Wilde, Samara Weaving, Max Minghella, and many others.

During a recent interview with Entertainment Weekly, Maguire revealed what initially drew him to McKay. The star told the publication on Dec. 24 it was because McKay was “unusual,” and he liked the character’s villainous role in the movie. Maguire said:

There was something kind of appealing about playing James, because he was unusual and I really liked the character. I liked the role that he plays in the story, and where he comes [into play], hoisting the film and these guys into that underbelly, into that world. It seemed like fun. And I didn’t have a really clear vision of what I would do, which was kind of exciting. There was just a lot of possibility in the characterization.

Further in the conversation, Maguire shared that although he was looking at other roles, the Pleasantville star pivoted towards McKay. Maguire disclosed that he doesn’t regret his decision because after the film wrapped and the cast could watch it, he couldn’t imagine playing the other characters because the actors portrayed them so well. While complimenting his co-stars, the father of two stated,

Well, there were other things that I was looking at that looked fun, too. But I just got pulled to McKay. And it’s funny, too: Obviously once things are done, and you’re looking at what other actors did in the other roles that were possibilities — and they’re just so good — you go, Oh, I couldn’t imagine anybody else having done that. They’re so good. But I just gravitated to James.

Production for Babylon was originally scheduled to start in California in 2020, but because of the pandemic, it was ultimately delayed. Filming eventually began on July 1, 2021, and end in October of that year.

Babylon is now out in theaters.