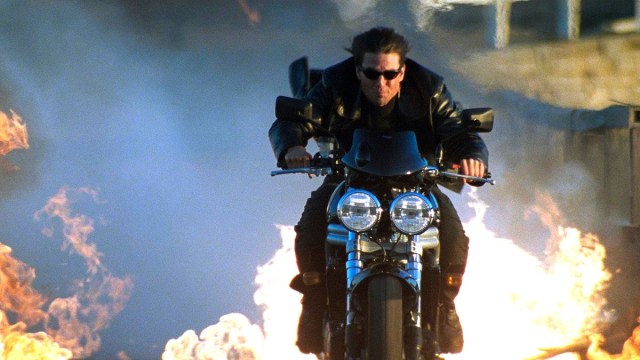 Tom Cruise is famous for doing Tom Cruise things, which is basically risking life and limb in order to entertain audiences by pulling off some of the most dangerous, death-defying, and mind-blowing stunts imaginable solely for our entertainment. However, the action icon got a lot more than he bargained for during shooting on Mission: Impossible – Dead Reckoning Part Two, when a flock of rogue sheep interrupted the shoot.

This is a man who at various points throughout his career has scaled the world’s tallest building and threw himself off it with reckless abandon, strapped himself to a cargo plane while it took off, held his breath for six minutes underwater, broken his ankle performing a building-to-building jump, and driven a motorcycle off a cliff before parachuting to safety, but not even Cruise can prevent livestock from doing their thing.

Being the gracious fellow that he is, the A-list megastar ensured the wooly interlopers made it to safety before carrying on with whatever he was doing, but that hasn’t stopped fans from bringing the jokes.

It doesn’t matter if you’ve been one of the biggest names in Hollywood for over 35 years, or even if you’ve only recently starred in one of the highest-grossing films of all time, sheep do not give a sh*t. The first half of the Mission: Impossible double-header suffered from a torturous production due to the pandemic, but even then, the Dead Reckoning crew didn’t have to content with being bum-rushed by unwanted animals.