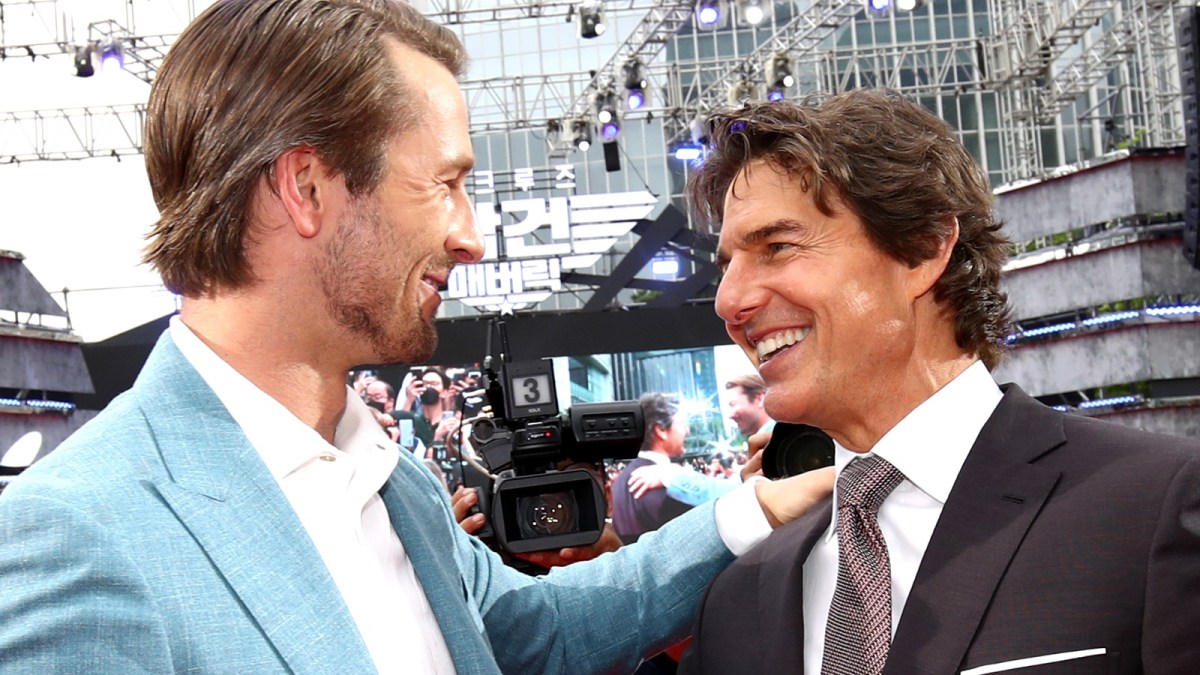 There are many ways to quantify fame and success in Hollywood, but even starring in one of the finest blockbusters of the 21st Century that won rave reviews from all corners and earned close to $1.5 billion at the box office can come close to the honor recently bestowed upon Top Gun: Maverick star Glen Powell, who finally made it onto the Tom Cruise cake list.

For reasons known only to the Mission: Impossible icon and A-list megastar, each year without fail, Cruise will over over 100 chocolate bundt cakes that are made exclusively by Doan’s Bakery in California.

The 60 year-old only sends them to those he deems worthy of such a prestigious honor, and various names to have received them in the past include Kirsten Dunst, Jimmy Fallon, James Corden, Graham Norton, Barbara Walters, Henry Cavill, and Jon Hamm, with the latter absolutely thrilled at making the cut last year.

Speaking to Jennifer Hudson on her talk show, Powell could barely contain his excitement when he gushed over being welcomed into an elite club that have confectionery bought, paid for, and shipped to their location by the biggest star on the planet.

“It’s a very famous thing. If you’ve worked with Tom Cruise, or done a Tom Cruise movie you get this Tom Cruise cake and over the course of time it’s turned into this global operation where every Christmas he’ll send out, I don’t know how many, could be thousands, I have no idea how many cakes go out, but it’s the most delicious cake you’ve ever had.

It’s like a coconut bundt cake. My friends that have tried it, they love it so much that they hit up right around December 1st, like ‘Hey, has it arrived yet?’ So now I have a party at my house where I’ll have the Cruise cake. It’s my Cruise Cake Party, and I’ll invite people over to try a bite or two of the Cruise cake.”

Everyone always says the legendary Tom Cruise cake is the single greatest cake they’ve ever eaten, but what else would you expect from the veteran action hero than the very best? Powell can’t contain his glee, and he’s well within his rights to do so.