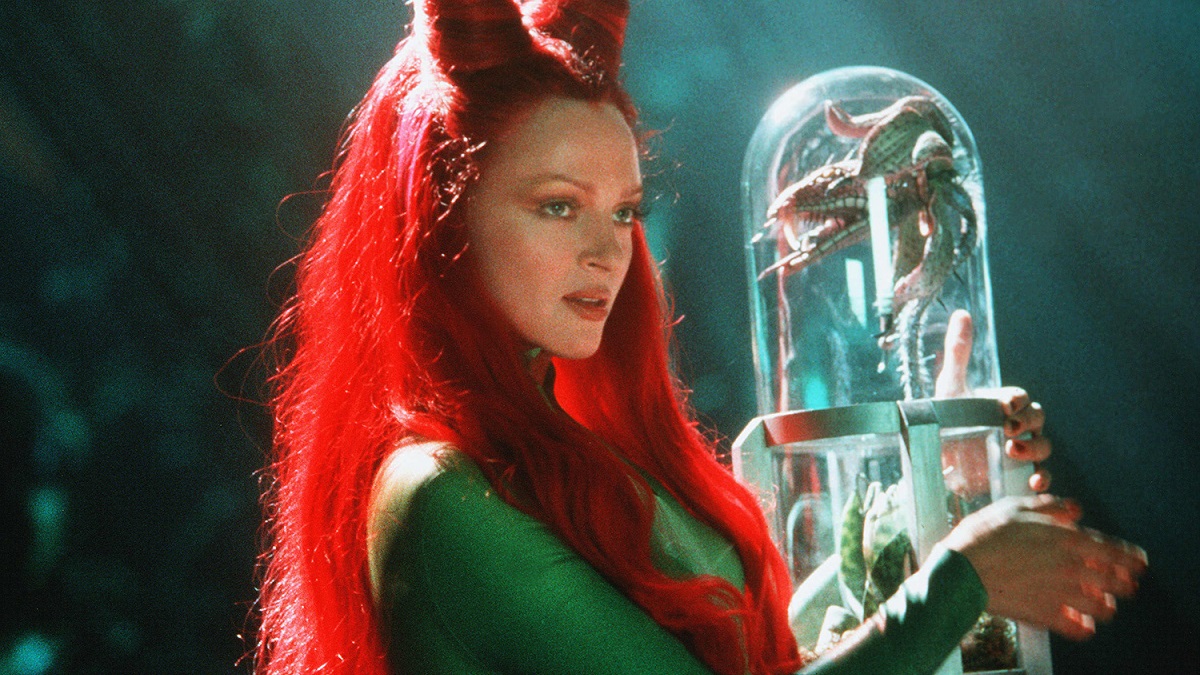 For many entirely valid reasons, Joel Schumacher’s Batman & Robin is regarded as one of the worst comic book blockbusters ever made.

Whether it’s George Clooney struggling to make an impression as the third live-action iteration of the Dark Knight in less than a decade, Arnold Schwarzenegger’s pun-happy turn as the hammy Mr. Freeze, the atrocious dialogue, the neon-and-nipples aesthetic, or the bountiful other issues that saw the movie disappoint at the box office and find itself savaged by critics, the general consensus that it sucks hard has not softened over time.

However, Uma Thurman had a ball bringing Poison Ivy to life, after the actress spoke of her experience in nothing but the most glowingly positive terms during a recent interview with Entertainment Tonight.

“I was just talking about Joel Schumacher, the director who is a friend I love so much … I loved Joel Schumacher. That was a fantastic experience. I had to wear lots of rubber suits. I did not have a rubber mask. I had my own face, but I had some rubber appliances on my face sometimes. That was about as much rubber as I’ve ever worked with, personally.”

Batman & Robin is one of the ideal examples for how not to adapt a beloved superhero for the big screen, and it’s still difficult to believe that it exists in the same timeline as Tim Burton’s first two installments, thanks to the connective tissue provided by Michael Gough’s Alfred and Pat Hingle’s Commissioner Gordon.

At least Thurman had a good time, though, even if she had a much more fun making the infamous dud than anybody had watching it.