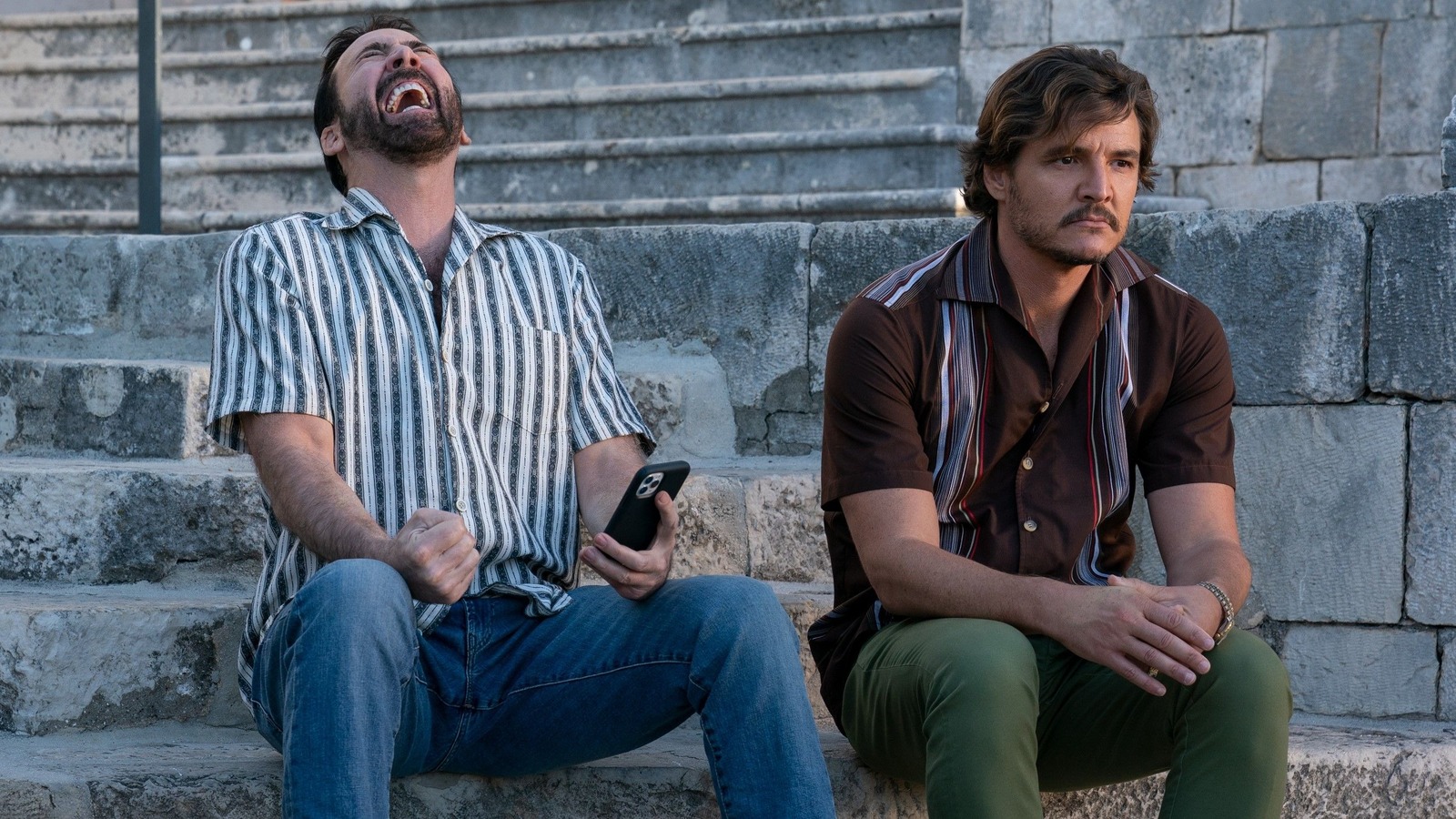 In 2021 Nicolas Cage emerged from cinematic exile to the best reviews of his career with Pig, and now it seems the thespian, self-described “goth” and living meme’s success continues with The Unbearable Weight of Massive Talent.

The Knowing star’s new film has him playing a version of himself who is down on his luck, and it has earned a perfect score on Rotten Tomatoes as of this story being filed. This distorted Cage then gets a $1 million offer to attend the birthday party of a superfan played by Pedro Pascal who ultimately turns out to be a major crime lord, and Cage is subsequently forced to channel his most iconic roles to save the day. Cage did not want the job at first, but later came around and, for John DeFore of The Hollywood Reporter, we should be thankful he did and got Pascal involved, too.

“Those who accept that it will never be as unpredictable as the man himself should find much to enjoy – especially given the addition of Pedro Pascal, who steals several scenes from a performer who’s nearly impossible to ignore. Though he may fret that the life-or-death stakes are real now (and this time, it’s personal), he clearly digs it. So will most of his fans, Javi included.”

Owen Gleiberman of Variety expressed similar sentiment in his review published Sunday. He went as far as to say Cage playing himself was a “gift that keeps on giving,” said the film was cheesy and yet special, and said the work touching on Cage’s so-called eccentricity is the source of his success and staying power over decades in Hollywood.

“Tom Gormican, the director and co-writer of ‘Unbearable Weight,’ knows all too well that when it comes to Nicolas Cage, you can’t separate the specialness from the cheese. That’s the source of Cage’s inside-out cool: that you’re laughing at him the very moment he leaves all subtlety and good taste behind, and he does it with so much shameless commitment and purple passion that our giggles fuse with something like awe.”

People will get to see for themselves when The Unbearable Weight of Massive Talent releases widely next month.