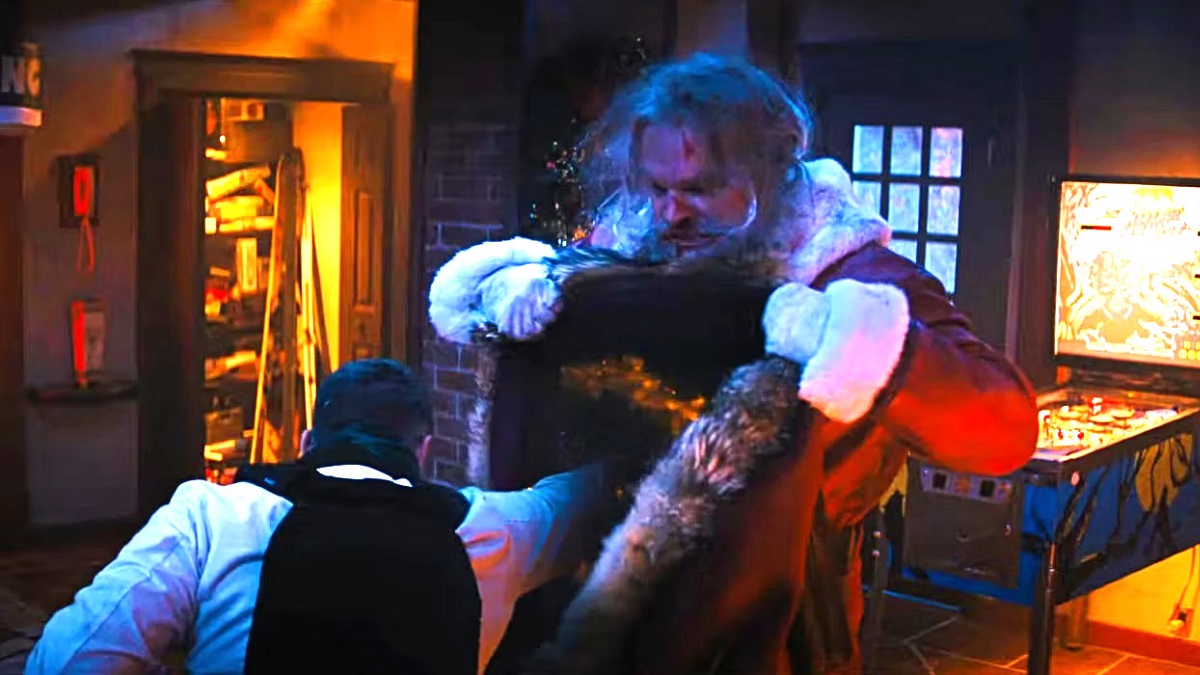 Any action movie worth its salt is packed to the rafters with faceless goons, who only exist to be taken out by a long hero in suitably spectacular style. The genre’s heyday did give rise to a couple of memorable lead henchmen, but upcoming festive skull-crusher Violent Night is looking to give every single one of them a moment in the spotlight.

Not many instantly pop into your head, but Violent Night director Tommy Wirkola is hoping to put an end to that once and for all by bringing back what was once a staple of cinematic shoot ’em ups, as he revealed in an interview with SlashFilm.

“I feel like action movies in the ’80s and ’90s, every character had a great moment or a moment to shine and a great line, or a henchman had a great — nowadays, I feel a lot of the movies have about three or four main characters and that’s it. The rest are just thrown away, in a way. I always love movies where you have tiny arcs for side characters or a great moment for the henchmen or a great scene. So we really actually put a lot of thought in that and try to make it feel like those movies that we all loved growing up.”

Of course, every single goddamned last one of them is destined to meet their end at the hands of David Harbour’s vengeful Santa Claus, but let’s hope at least a couple of them manage to stick out among the crowd before they get their heads smashed in by a not-so-jolly Saint Nick. Violent Night looks to be a throwback in more ways than one, and we can’t wait to lay eyes on it for ourselves.