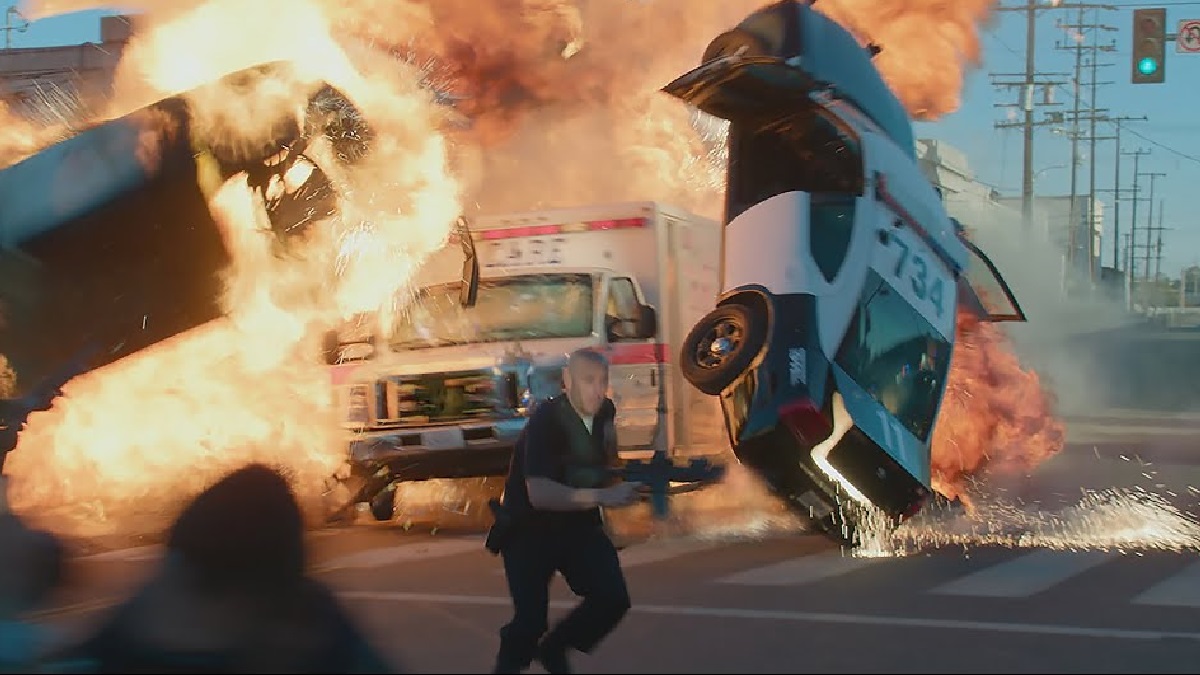 Michael Bay has never exactly been lauded as a critical darling, but that doesn’t mean the man isn’t an auteur. While the term is typically used in relation to filmmakers known for prestige dramas and singular works of cinema, in Bay’s case it pertains solely and exclusively to blowing sh*t up on the grandest imaginable scale.

For over a quarter of a century, very few directors have proven themselves as adept at staging massive-scale practical action as the deranged mind behind Bad Boys, Armageddon, The Rock, and an increasingly terrible string of Transformers blockbusters. Even when his projects require plenty of CGI, Bay always tries to perform as much in-camera as possible.

Next month’s Ambulance marks Bay’s most grounded project in years, with the relatively lo-fi thriller following Jake Gyllanhaal and Yahya Abdul-Mateen II’s best friends and accomplices, who find themselves on the run after staging a daring $32 million bank heist, before they end up using the titular mode of transport as their getaway vehicle.

A new featurette has revealed just how much of the pyrotechnic insanity was achieved without the use of pixels, which in turn promises an exciting and tangible street-level thriller. Only Michael Bay would hire an expert drone pilot and task them to weave throughout moving traffic and sky-high fireballs, which is part of the reason why he his approach has always marked him out as unique.

Hopes are beginning to rise that Ambulance could mark a serious return to form, and the good news is that we’ve only got until April 8 until we find out.