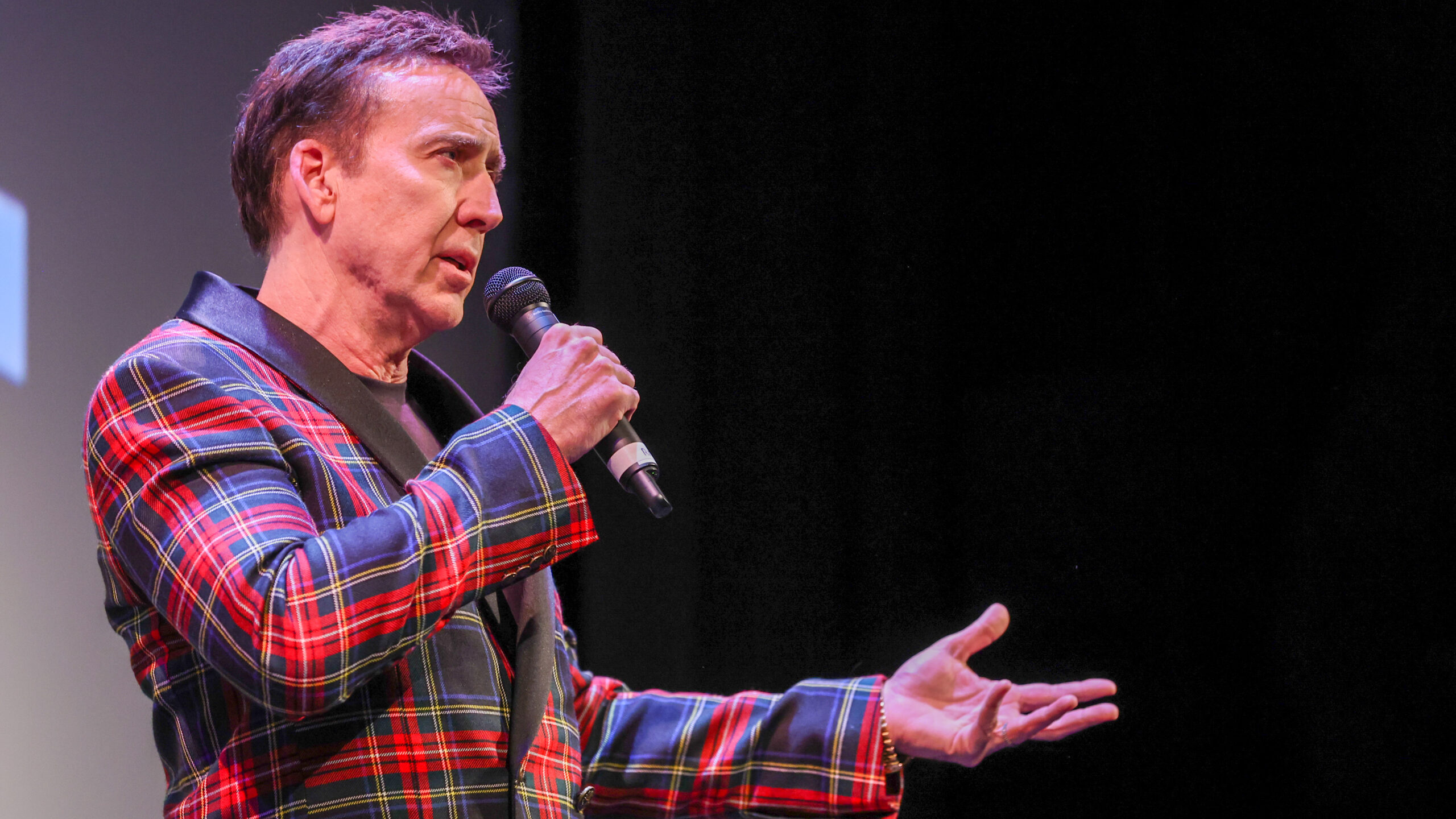 AUSTIN, TEXAS - MARCH 12: Nicolas Cage attends the premiere of "The Unbearable Weight of Massive Talent" during the 2022 SXSW Conference and Festivals at The Paramount Theatre on March 12, 2022 in Austin, Texas. (Photo by Rich Fury/Getty Images for SXSW)

With a decorated career spanning decades, it’s easy to forget that Nicolas Cage cut his teeth on comedy in movies such as The Fast Times at Ridgemont High. The screen icon’s new film, The Unbearable Weight of Massive Talent, is a return to these roots, and the actor took the opportunity to flex his comedic chops at its SXSW red carpet premiere.

A clip posted to Lionsgate’s Instagram Reels reads “update: the inspiration behind nicolas cage’s suit is…shortbread.” When asked about the dapper plaid blazer he had donned, Cage quipped, “Well, I really like shortbread and whenever I’m in England I go get a tin can of shortbread.” The Con Air star was referring to the packaging of popular brands such as Walkers or Campbells.

Cage then offered another version of events.

“Actually, I didn’t know what I was gonna wear, you see. I’m in New Orleans filming and working on the Dracula project and I had nothing to wear to SXSW and then I walked to Brooks Brothers and they had a plaid suit. I was like, ‘I knew you guys did seersucker, I didn’t know you did plaid. I said, ‘Wow, I’m gonna wear this and what’s more I’m really gonna enjoy that I’m in a plaid suit because I’ve never had one before, so that’s why.