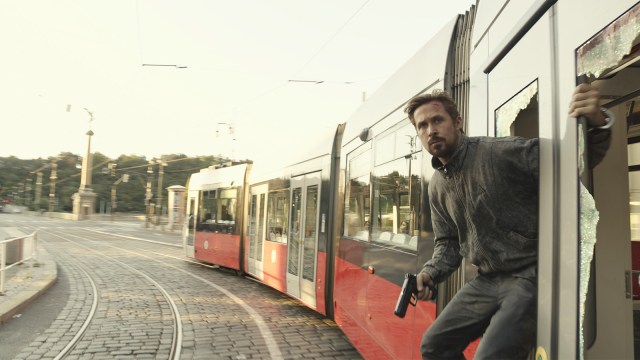 With The Gray Man beginning its limited theatrical release today, there’s no better time to send the hype train full speed ahead, and Netflix is doing just that with a brand new behind-the-scenes video, offering up some commentary from the cast and crew and delving into the meat of the action thriller a bit more.

We learn that Ryan Gosling’s character, Court Gentry (aka Sierra Six), was a reformed prisoner before being recruited to the CIA. It’s through his opening assassination mission, in which he’s sent to kill an innocent civilian, that his moral compass gets shaken enough for him to delve into the CIA’s true nature.

Lloyd Hansen (Chris Evans), meanwhile, is a government assassin and grade-A scumbag who was let go from his job for what we can only assume was being a bit too keen, so to speak. Now, he’s a hitman hot on Court’s trail.

Rounding out the video is praise for its production design and scope, noting how the film’s high-flying action sequences had all the room in the world to play with; a nod to the work of production designer Dennis Gassner (1917, Blade Runner 2049), as well as the myriad of locations that the Russo brothers were fortunate enough to shoot the film in, among them France and the Czech Republic.

The Gray Man is in the middle of a limited theatrical run at the moment. It will release to Netflix on July 22.