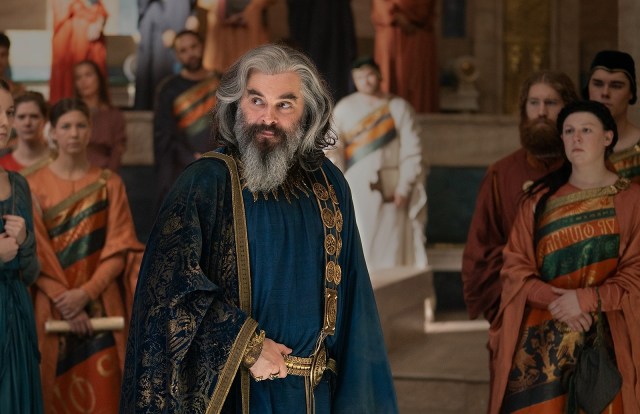 The Lord of the Rings: The Rings of Power is admittedly taking place in an era where there aren’t a lot of exciting developments — at least compared to the Years of the Trees and the First Age — but Amazon Studios is compensating by bringing to fore what Tolkien fans have been clamoring to see for years; an adaptation of the Downfall of Númenor.

Since The Rings of Power has condensed the events of the entire Second Age into a viable timeline for a television series, Númenor will be playing a huge part in this narrative. Proud Men, the Númenoreans hold sway in the west of Middle-earth, on an isolated island where the greatest of their race grow in strength and numbers.

It looks like Galadriel and Tolkien newcomer Halbrand will be visiting the island at some point in the story, and the promo clip you see below introduces the kingdom in earnest.

In one of the most pivotal moments of the Second Age, the army of Númenor descends on Sauron’s hosts and routs them in such a decisive manner that it plants an everlasting fear of Númenoreans at the heart of Morgoth’s black lieutenant. Many years later, it would be a descendant of Númenor — Isildur, son of Elendil — who would defeat Sauron by cutting off his hand. And it was at the hand of Aragorn, son of Arathorn, that the Enemy lost every theater of the war in the Third Age.

Suffice it to say, this is an island of absolute badasses, where every warrior could be said to be Isildur’s equal, if not quite Aragorn’s. Speaking of whom, Elendil and Isildur will also be part of The Rings of Power ensemble when it premieres on Sep. 2.