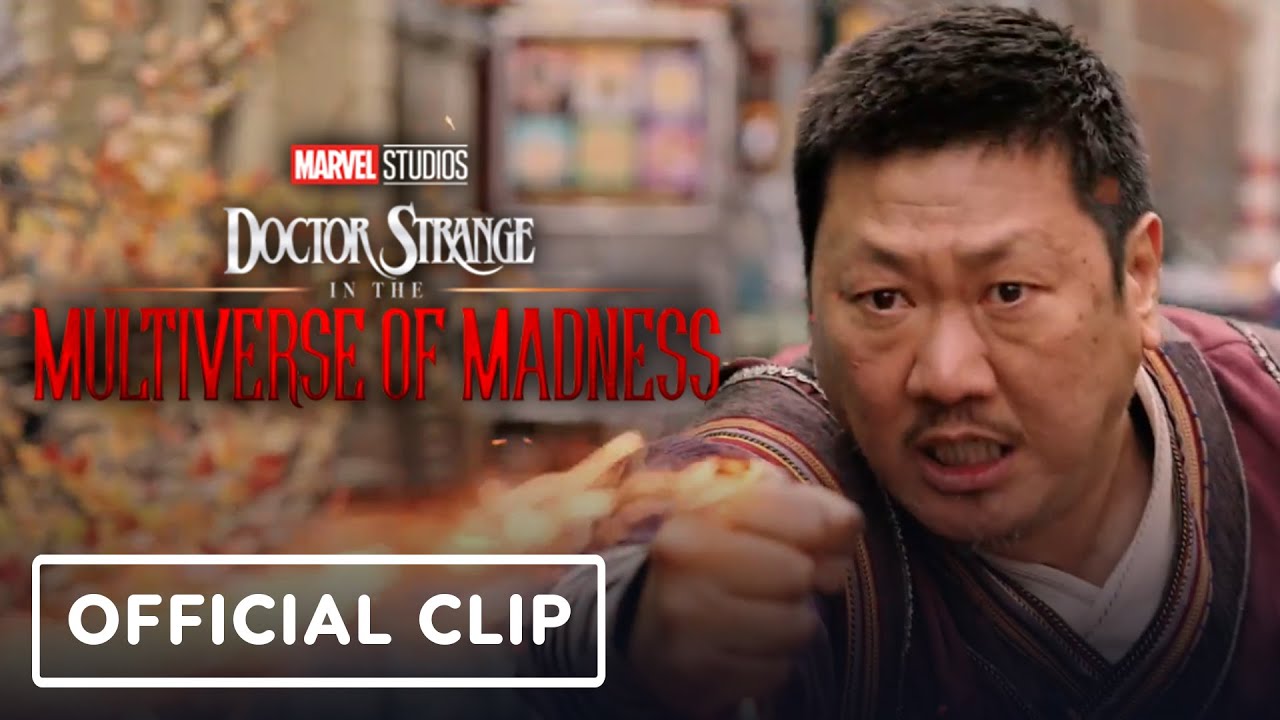 Stephen Strange and Scarlet Witch are grabbing all the attention in the run-up to Doctor Strange in the Multiverse of Madness, but let’s not forget that the incoming sequel also features the return of one of the MCU’s most underrated heroes — Strange’s fellow Master of the Mystic Arts, Wong. And this new sneak peek at the movie reminds us why he’s the real Sorcerer Supreme.

As you can see via the video above, this latest clip from Doctor Strange 2 offers yet another glimpse at Team Strange’s battle against octopoid interdimensional kaiju Gargantos (Shuma-Gorath in all but name). In this tease, things aren’t going well as Strange (Benedict Cumberbatch) has been knocked unconscious — with his trusty Cloak failing to revive him — leaving new ally America (Xochitl Gomez) at the monster’s mercy.

Enter Wong (Benedict Wong), however, to save the day and repel Gargantos with some mystical lassos, like he’s cosplaying Wonder Woman (Wong-der Woman?). He might’ve only become Sorcerer Supreme — as revealed in Spider-Man: No Way Home — because Strange was blipped, but to be honest, maybe he deserves it anyway. Was Wong the one who screwed up that spell with Peter Parker and broke the multiverse? No, no, he wasn’t.

Elsewhere, this clip delivers strong nostalgic vibes as this on-location action scene directed by Sam Raimi and scored by Danny Elfman is giving us major Spider-Man trilogy flashbacks. It’s pretty wild that Raimi’s big return to the Marvel fold is coming out on the week marking the 20th anniversary of his original Spider-Man film. We’ll just have to see if Tobey Maguire is going to swing by to celebrate the occasion.

Will Strange wake up in time to save Wong from becoming octopus food? Find out when Doctor Strange in the Multiverse of Madness enters theaters this Friday.