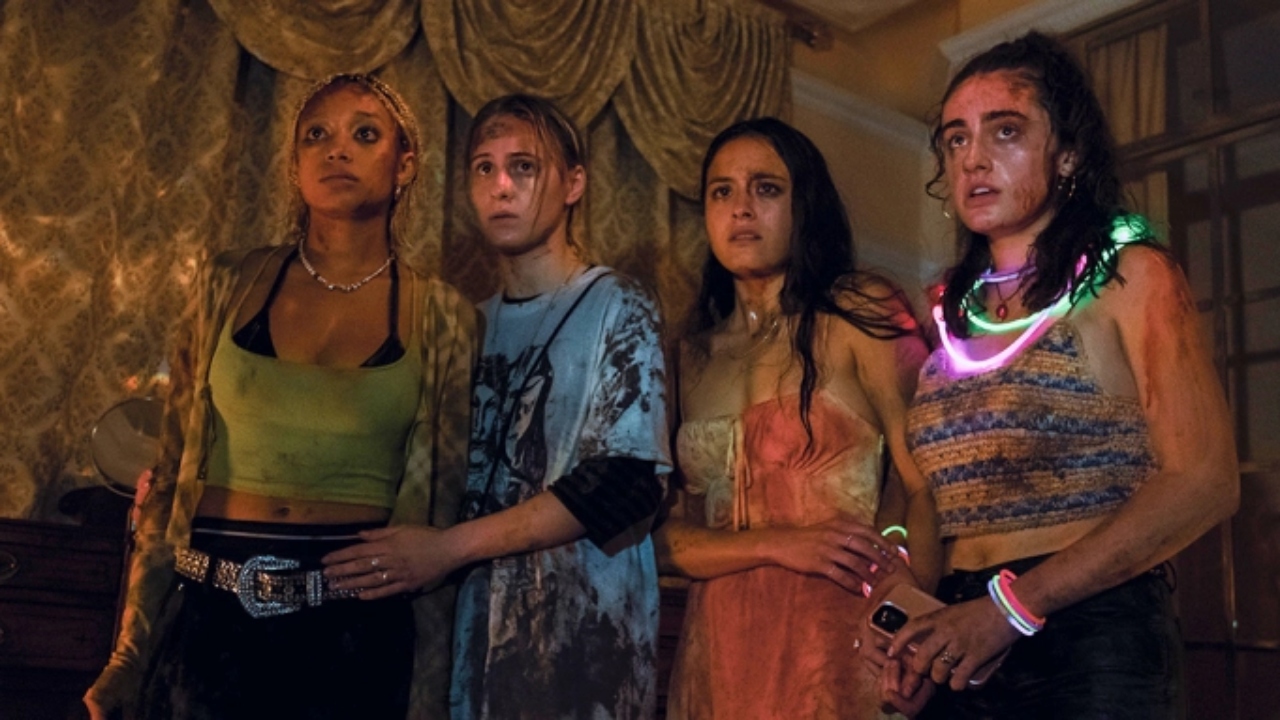 In March 2022, A24 released its experimental slasher film X, focused on a group of filmmakers and actors who rent out an elderly couple’s property in rural Texas to shoot a pornographic film. When the elderly couple discovers the group’s intentions, a raunchy film set becomes a multiple murder scene. Receiving a 96% rating on Rotten Tomatoes and widespread admiration from horror fanatics, X became a highly talked-about phenomenon.

Now, A24 looks to expand its horror portfolio with an upcoming slasher/thriller to rival the global success of X. The first trailer for A24’s riveting whodunit Bodies Bodies Bodies has dropped, leaving audiences to ponder exactly how revolutionary the murder-in-the-dark concept proves to be. A24’s latest endeavour follows seven young friends who decide to play “Bodies Bodies Bodies,” a murder-in-the-dark style party game that involves hiding in darkness from a nominated killer. During the game, the group comes to discover that a real murder has taken place, forcing them to search for the real murderer among them.

The film had its world premiere at South by Southwest on March 14, 2022, receiving praise for its cinematography, music, and story. It has been called “well-paced” and Erin Brady ⏤ representing Little White Lies ⏤ in particular said that it was “hard to resist the fun of it.” Valerie Complex at Deadline said, “Each actor [has] their own style that brings a varied flavor to the film, which makes the cast … a joy to watch, even if their characters are insufferable.”

Bodies Bodies Bodies is scheduled for theatrical release on August 5, 2022, but there has yet to be a confirmed release date for streaming services. We will update you as more information becomes available.