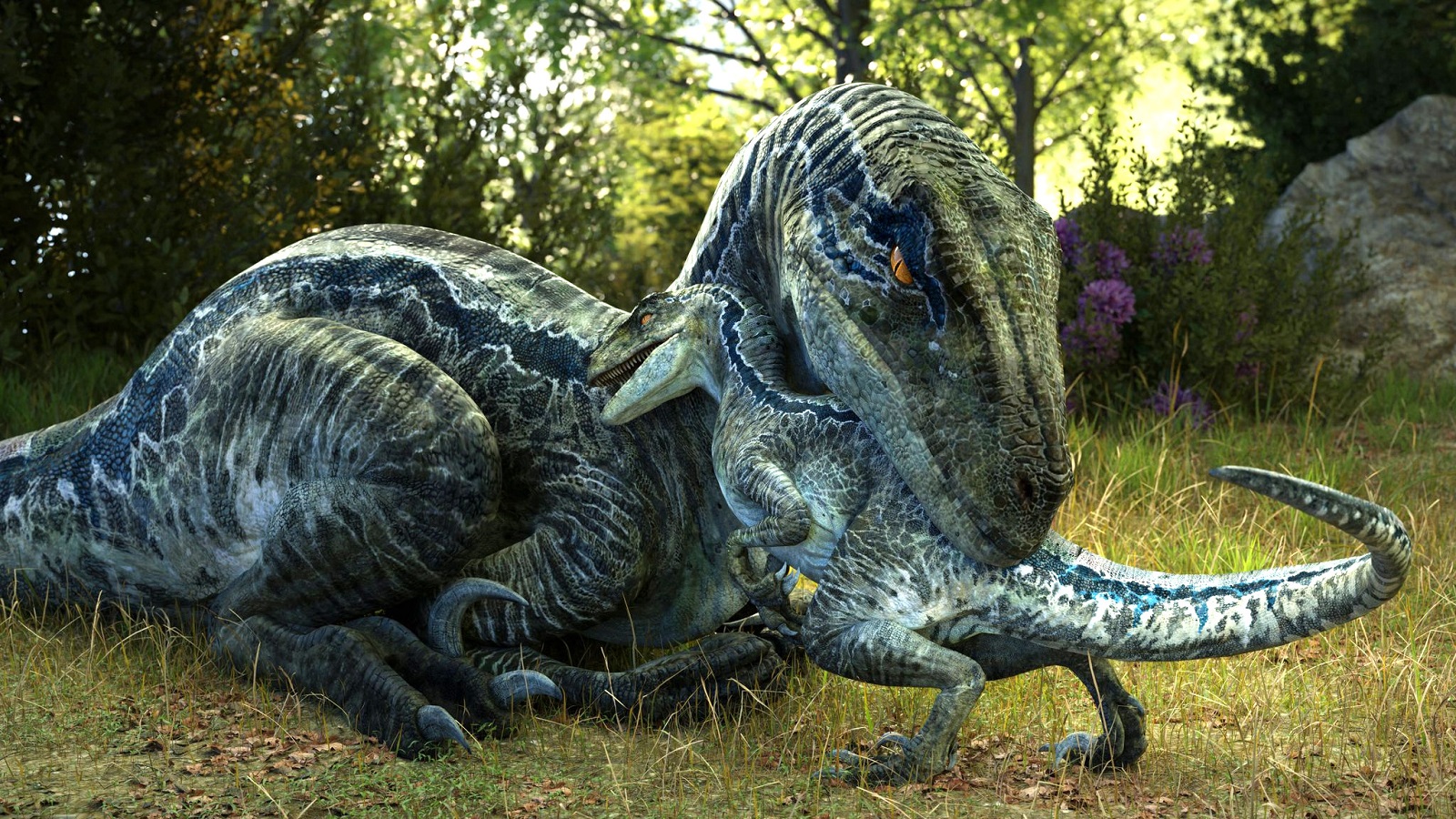 What is Blue’s fate in Jurassic World Dominion?

It does not take long before we see what became of Blue in Jurassic World Dominion. With Owen and Claire (Bryce Dallas Howard) taking up lodging in a remote cabin in an attempt to hide Maisie Lockwood (Isabella Sermon) from the world, Blue has an entire forest to roam while still in close proximity to Owen.

After we see Blue roam the forest and seemingly watch over the makeshift family, Blue goes to an abandoned bus where it is revealed that she has had a child that Maisie names Beta. Our newfound happiness at the arrival of the tiny velociraptor is short-lived when a poacher named Rainn Delacourt (Scott Haze) abducts both Maisie and Beta to give them to Biosyn, the rivals of InGen.

Furious at Beta’s capture, Blue almost attacks Owen in retaliation, even though he had nothing to do with the abduction. Owen swears to Blue that he will track down Beta and bring her home. After a journey across the world, and an encounter with original Jurassic Park characters Dr. Ellie Satler (Laura Dern), Dr. Ian Malcolm (Jeff Goldblum), and Dr. Alan Grant (Sam Neill), they all manage to track down Beta and Maisie at Biosyn’s labs.

The group manages to save Beta and return the child to Blue relatively unharmed at the end of the film, with Blue seemingly acknowledging that Owen brought her child back to her. The end of Blue’s story sees her running wild with Beta as Owen leaves the pair alone to roam free in the woods.

It is unlikely that we will ever see Blue again on the big screen, as Jurassic World Dominion marked the end of the Jurassic World trilogy, but we will always remember the raptor with the blue streak that captured our hearts.