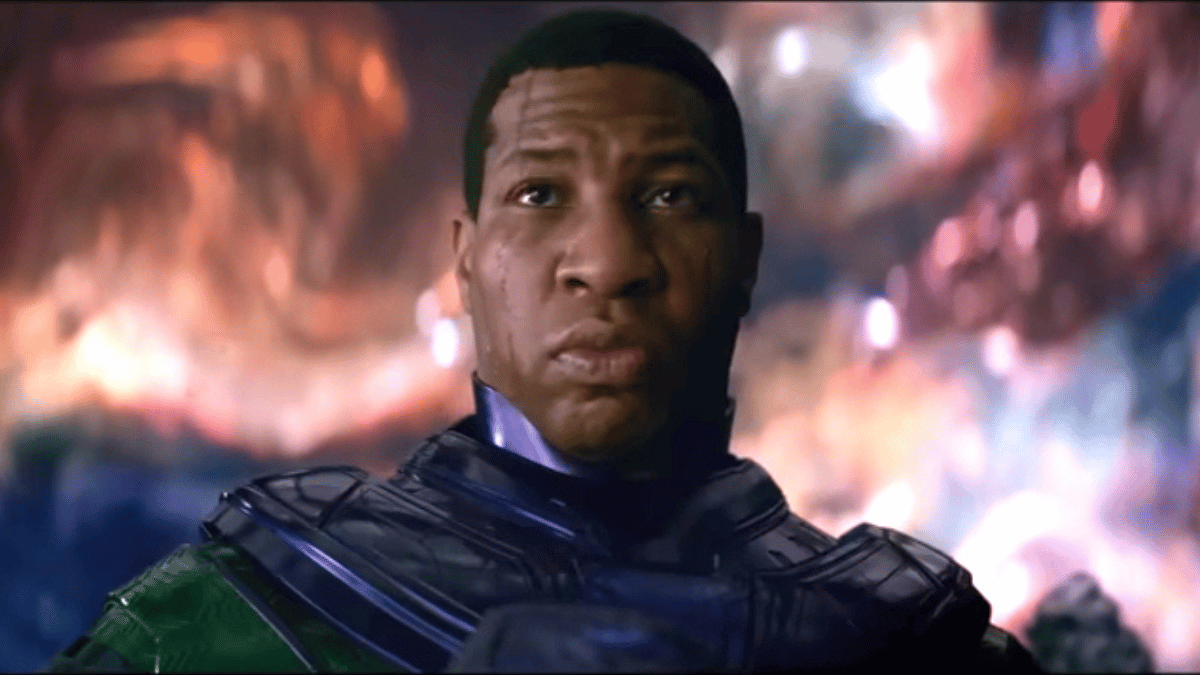 You can bet that we’re diligently scrubbing through any sort of detail we can get our hands on ahead of the Feb. 17 release of Ant-Man and the Wasp: Quantumania. Hot off the back of a brand new trailer last week, a fresh TV spot titled ‘Home’ has given us some previously unseen dialogue and footage.

There’s some natural thirst in particular for more of Jonathan Majors in the role of the Marvel Cinematic Universe’s new big bad, Kang the Conqueror. The ‘Home’ spot offers up a little bit more insight into the reluctant partnership (turned adversarial death match) between Scott and Kang, as well as a few precious frames depicting Kang flexing some of the iconic and powerful tools at his disposal, including his Time Chair.

So what exactly is this golden space throne, what does it do, and why is it important? We’re here to break it all down for you.

As the title implies, Kang’s time throne can transport He Who Remains through time and space. However this Tardis-chair is more than just a fancy mode of transportation; it also boasts a variety of defensive and offensive mechanisms, including a shield which can protect Kang from the most powerful of blasts. It is truly one of, if not THE most powerful tool Marvel’s new big bad will use against the franchise’s merry band of heroes.

Of course, from what we know of the film so far, the time chair may currently be in a state of disrepair, according to a conversation Kevin Feige recently had with Empire:

“Kang’s a very powerful person, but when we meet him he’s in a position where he needs to get that power back. He has a ship and a device that would allow him to go anywhere, and anywhen he wants if he can get it online. If only he had access to genius scientists with Pym particles.”

From what we can surmise, it looks like Kang will be looking to enlist the help of the Ant-family to get this powerful piece of ornate furniture up and running, offering Scott time he lost with his daughter over the duration of the Blip in exchange. Something tells us (the title of the next Avengers film, The Kang Dynasty, most obviously) this isn’t going to end well.