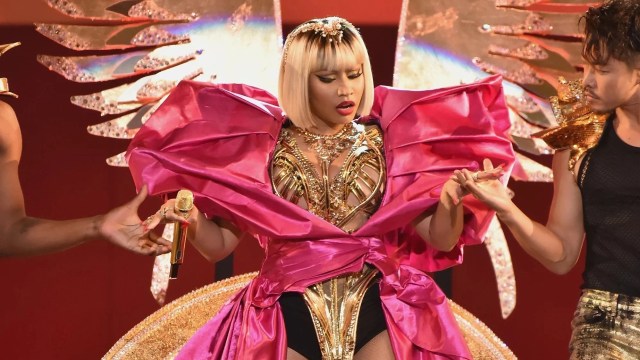 Barbie clothing has found its way onto less-plastic people in a trend that has been dubbed “Barbiecore.”

Public figures are embracing hot pink tops, frilly skirts, ridiculously high heels, and other attention-grabbing hallmarks of Mattel’s most famous creation. Beyond being a reclamation of “girliness,” Barbiecore is transcendent of the aesthetic confined to the slim, white, blonde body of the namesake doll. Barbiecore is a diverse celebration of femininity, germinated by publicity for the upcoming Barbie movie. Although people have been dressing like Barbie for decades, the film has provided practitioners with a new inclusive playset. Here’s how it happened.

The origins of Barbiecore

Of course, Barbiecore dates back to the introduction of Barbie in 1959. Owing to the morays of the time, original Barbie wore a black-and-white, one-piece swimsuit, but her logo was pink from the beginning. Over the years, Barbie’s appearance, attire, and accessories changed to reflect evolving sensibilities, but a blonde-haired, pink-clothed iteration became the standard, which was immortalized—and parodied—in Aqua’s 1997 song “Barbie Girl.”

Naturally, Barbie clothing was made available for humans, and some took their doll-inspired garb to the runway. These forays into adult fashion were largely unsuccessful, and dressing like Barbie was seen as tacky outside of Disney Channel and the Playboy Mansion.

Leave it to Nicki Minaj to remake the glamour in pink. In the 2010s, the Trinidadian-American rapper adopted the Barbie look, not only dressing like the children’s doll, but calling her fans “Barbz” and making countless Barbie references in her music. As arguably the most subversive (dare we say, hardcore) Barbie, Minaj has been named a progenitor of Barbiecore.

Although Minaj and other fashionistas had taken the stigma out of hot pink, “Barbiecore” didn’t start trending until Barbie began production. Far from a conventional Barbie adaptation, the film is helmed by feministic arthouse director Greta Gerwig and will feature Barbies and Kens that are white, black, Asian, and transgender. Suffice to say, people were excited for yet another subversion of the iconic doll. Once filming began, stills of lead actors Margot Robbie and Ryan Gosling dressed head to toe in neon pink, green, and blue stirred up social media. TikTok got into the Barbiecore game, and influencers began emulating the glitzy actors and their eclectic predecessors. “It’s a movement, an aesthetic, a vibe,” TikToker Imani Fahrah told Business Insider. “Barbie is diverse now, like Black Barbie. She’s had many different jobs. She’s a doctor, a veterinarian, a real-estate agent. That’s women, that’s girls. We can be anything.”

Trends expert Kendall Becker credits the COVID-19 pandemic for being so restrictive that lockdown larvae are now bursting into bright pink butterflies:

“Barbiecore was about coming out of COVID. There was an emphasis on party dressing, night dressing, and owning your sexuality…It spilled into workplace culture and street style with pink power suits. It’s about owning your look. You’re feeling great, and you’re feeling empowered.”

Barbiecore recently culminated in the Valentino Haute Couture Show, where celebrities like Anne Hathaway and Ariana DeBose donned Barbie-style dresses, handbags, and heels. This is only the beginning, as we can’t imagine that the trend will slow down when Barbie is released on July 21, 2023. Expect to see a harder-core Barbiecore next year.