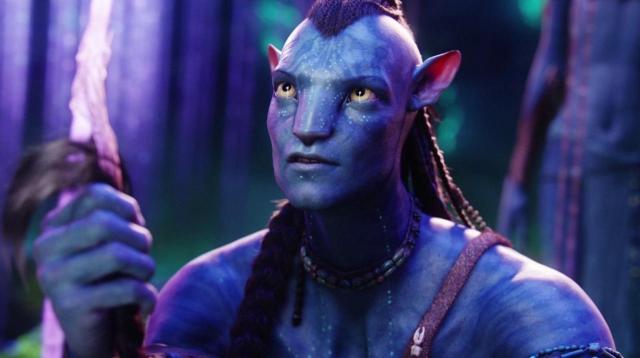 A decade after its premiere, Avatar remains one of the highest-grossing movies of all time, impacting an entire generation with the creation of the gorgeous world of Pandora — and its inhabitants, naturally. The franchise will be getting a new installment later in the year, with Avatar: The Way of Water continuing to expand on the lore.

For now, one of the biggest elements of lore in the Avatar universe is the unique braids the Na’vi display, and their significance. As explained in the first movie, the braids in Na’vi’s hair actually serve a very specific purpose: they hide the creature’s neural queue, which is part of their nervous system. With it, Na’vi can communicate thoughts, memories, and emotions with each other and other creatures, and form bonds among them. While most Pandoran creatures have it neural queues, the Na’vi differ from them by having only one, as opposed to two. The queue is present at birth, and its tendrils grow from the top of the Na’vi’s head, being carefully braided along with their hair, as a way to hide it and keep it protected. This is why Na’vi’s braids grow so long, the hair in it is not cut in order to keep serving its purpose.

Many wonder what would happen if a Na’vi’s braid were to be cut, and while we haven’t seen that happen yet, it’s a question worth considering. First off, we can clear any doubt that no damage would be inflicted on a Na’vi if their hair was cut, as is the case with humans. Because hair has no nervous or pain receptors, it can be cut and styled freely, which we can observe in the movie, as Na’vi display many different hairdos, usually with hair out of the braid being cut shorter. As for the queue itself, the same can’t be said.

Cutting a Na’vi’s braid would also likely cut the neural queue it hides, which would harm their nervous system. We can’t be sure about how painful that experience would be, but considering how sensitive the neural queue is, and the fact that it’s kept protected, it’s safe to assume it would cause a great deal of pain, along with neural consequences. Perhaps the most obvious assumption is that severing the queue tendrils would make it impossible for Na’vi to link with other Pandoran life forms; they would no longer be able to ride mountain banshees, the dragon-like flying creatures, nor perform tsaheylu, the Na’vi mating ritual.

While it would be interesting to explore how else cutting their braid would affect a Na’vi, for their sake, it’s best that we never find out more. Other forms of lore expansion, however, are very welcome, and we won’t have to wait long for them. Avatar: The Way of Water will be released in theaters on Dec. 16.