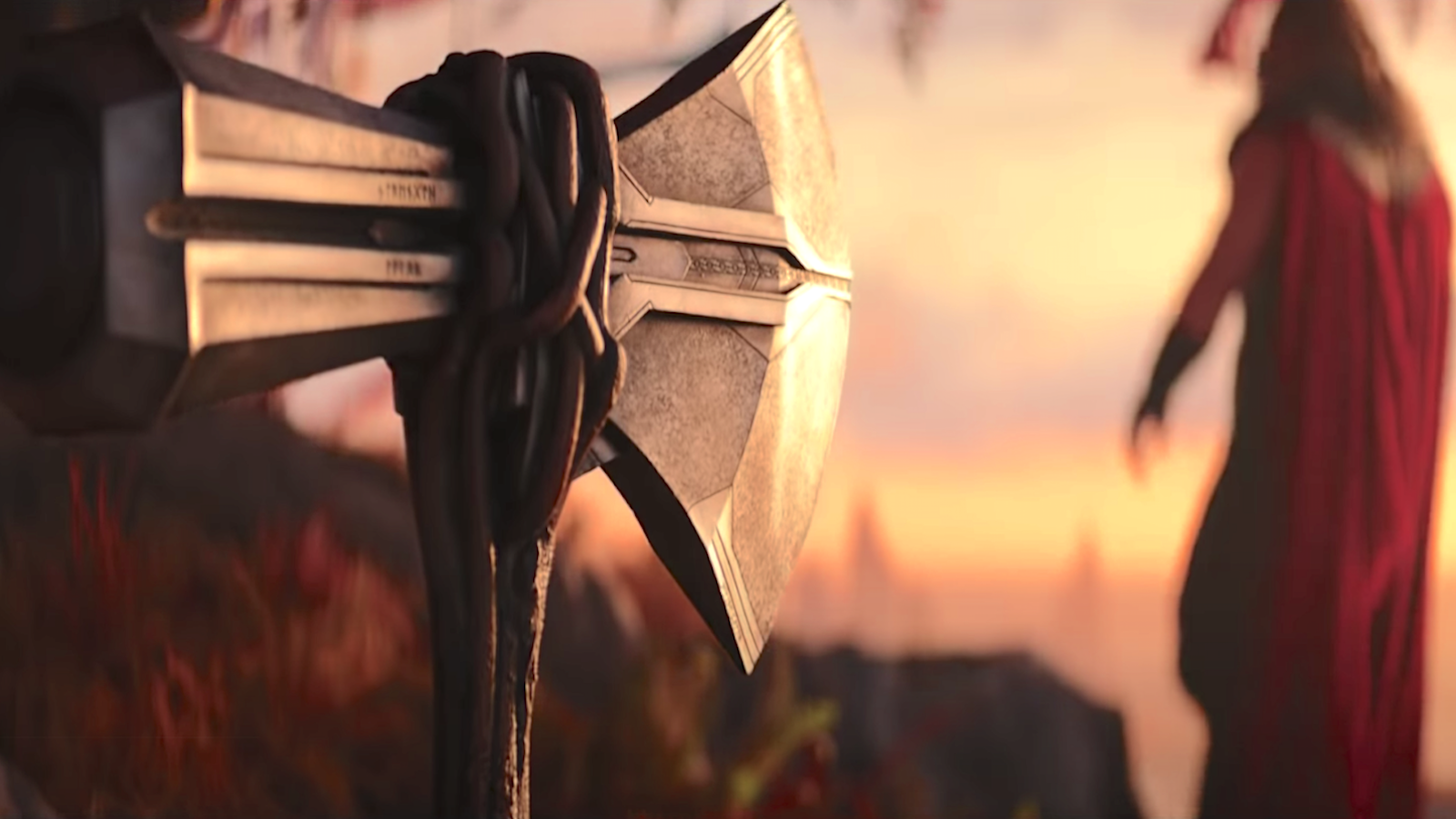 As is the case with every new Marvel movie, Thor: Love and Thunder is expected to bring a lot of changes to the MCU, ranging from small to enormous. One change currently stirring up a lot of excitement amongst fans is the hand we see gripping Thor’s (previously broken) hammer, Mjolnir, in the new teaser trailer.

Thor’s hammer, Mjolnir can famously only be wielded by someone worthy of possessing the powerful weapon. The last we saw it was in Avengers: Endgame and it was being used by Captain America to defeat Thanos. How the hammer ended up in Endgame is an interesting bit of time travel because as we all remember, it had previously been destroyed by Thor’s half-sister, Hela in Thor: Ragnarok.

When the Avengers traveled to the past to reverse Thanos’ Snap, Thor and Rocket returned to Asgard to get the Reality Stone. While there, Thor summoned the still-in-tact Mjolnir and brought it back with him to the present. Of course, after defeating Thanos, Captain America returned the Reality Stone back to Asgard, and although we don’t see it happen, it is assumed he also returned Mjolnir. If that is the case, Mjolnir still ended up being destroyed by Hela in Thor: Ragnarok, and if that is the case, it begs the question — how is it intact at the end of the new Love and Thunder trailer?

What weapon does Thor use in Thor: Love and Thunder?

For the better part of his career as an Avenger, Thor used Mjolnir to battle his enemies and fight wars. After losing Mjolnir to Hela in Ragnarok, he had Stormbreaker created for him, which is even more powerful due to its ability to summon the Bifrost. Thor will likely continue to use Stormbreaker in Love and Thunder but as we saw in Avengers: Endgame, he is capable of battling with both, and by the looks of the new trailer, Mjolnir might be back from the dead.

In the teaser trailer, we see Jane Foster (Natalie Portman) as Mighty Thor for the very first time. Foster hasn’t been heard from or seen since Thor: The Dark World. While her appearance is exciting, it comes with a host of questions. How did she become Mighty Thor and how did she get Mjolnir? Do the cracks across Mjolnir’s face mean it was repaired after Hela destroyed it? If so, how did it get repaired? Will Thor let Foster use Mjolnir or will he want it back given that it was his weapon first? What will their relationship look like now?

These questions will get their answers soon enough, as Thor: Love and Thunder hits theaters on July 8, 2022.