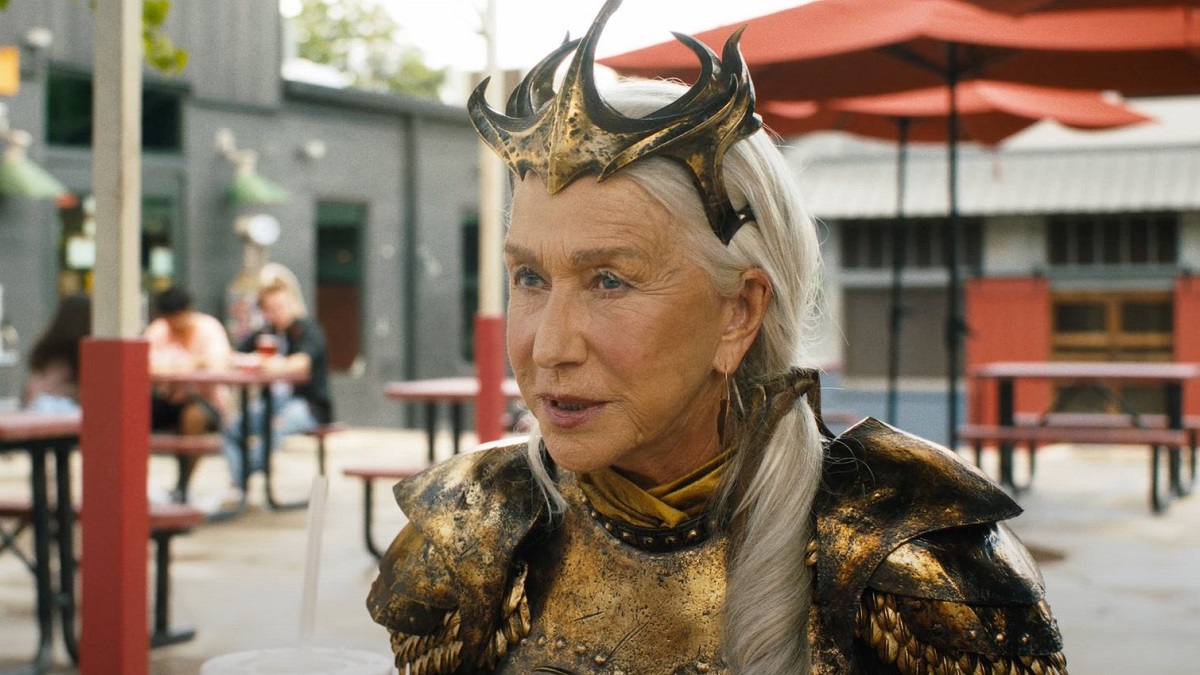 Billy Batson and his Shazam family (or Shazam fam, or even Shazamily, if you prefer) are back this festive season for Shazam! Fury of the Gods, the follow-up to the 2019 franchise-starter. DC fans may recall that, in his origins movie, Zachary Levi’s aged-up superhero battled Mark Strong’s Dr. Sivana and the Seven Deadly Sins. The kids will have an even tougher challenge to face in the sequel, however, as they’ll be fighting a couple of bona fide gods.

As showcased in the first trailer, unveiled at Comic-Con, Shazam! 2 will feature Helen Mirren as Hespera and Lucy Liu as Kalypso. While not much has been revealed about them as yet, we know that the pair are demi-gods and the daughters of ancient Greek deity Atlas. So what’s the deal with these two Olympian-level threats? Here’s everything we know about these characters in the film and in classical mythology to boot.

Hespera and Kalypso are new to the DC universe

Yes, despite the vast rogues gallery of villains that the Shazam family have faced over the decades in the pages of DC Comics, director David F Sandberg and screenwriters Henry Gayden and Christopher Morgan have elected to create some brand-new foes for the heroes in Fury of the Gods as Hespera and Kalypso have no counterparts in the source material.

Instead, the pair seem to be very loose adaptations of concepts from Greek legends. Hespera’s name appears to be derived from the Hesperides, aka the Daughters of the Evening. The nymph children of Atlas were tasked by Hera with guarding her grove of trees that bore golden apples. Their number varies across the myths, with the Hesperides sometimes being as many as seven, but originally there were only three.

Kalypso, meanwhile, is likely based on Calypso, another nymph daughter of Atlas but one not associated with the Hesperides. Instead, she plays a memorable role in Homer’s Odyssey, which sees her attempt to seduce Odysseus into remaining with her on her island home of Ogygia as her immortal husband, but he refuses her and returns home.

Movie fans may also be familiar with Calypso from the Pirates of the Caribbean franchise in which she’s reimagined as a sea goddess, although her romance with Davy Jones is possibly inspired by her characterization in The Odyssey.

What we know about them in Shazam! 2

As we’ve only got one full trailer for the movie at the time of writing, there’s still much that’s a mystery about Hespera and Kalypso in Fury of the Gods, but we can infer some things from what has been revealed so far. For one, the two goddesses won’t be lovelorn nymphs or golden gardeners in the DCEU and will instead be portrayed as formidable warriors, going by their armor and warlike attitudes.

A glimpse at Hespera’s confrontation with Shazam in the trailer confirms that the pair come after the heroes as they want to steal the “power of the gods” for themselves. To be fair to them, they do have a kind of claim to it. The magic word “Shazam” stands for the Wisdom of Solomon, the Strength of Hercules, the Stamina of Atlas, the Power of Zeus, the Courage of Achilles, and the Speed of Mercury, after all. So these kids are running around with the abilities of their dad and a bunch of their uncles.

What’s more, we’re aware that Rachel Zegler’s character, currently called Anthea, is the third daughter of Atlas. We catch a sneak peek at her in golden armor and using her powers in the trailer. Unlike her sisters, though, she will align with the Shazam family to stop Hespera and Kalypso from conquering the planet with the help of Shazam’s staff (which we see them pinch from a museum in the trailer).

The level of mystery surrounding Anthea indicates she may have some hidden connection to the DC Comics world, with some speculating she might be a version of Wonder Girl. Wonder Woman is a daughter of Zeus herself, remember.

We’ll find out more about the Daughters of Atlas as we get nearer to Shazam! Fury of the Gods hitting theaters this Dec. 21.