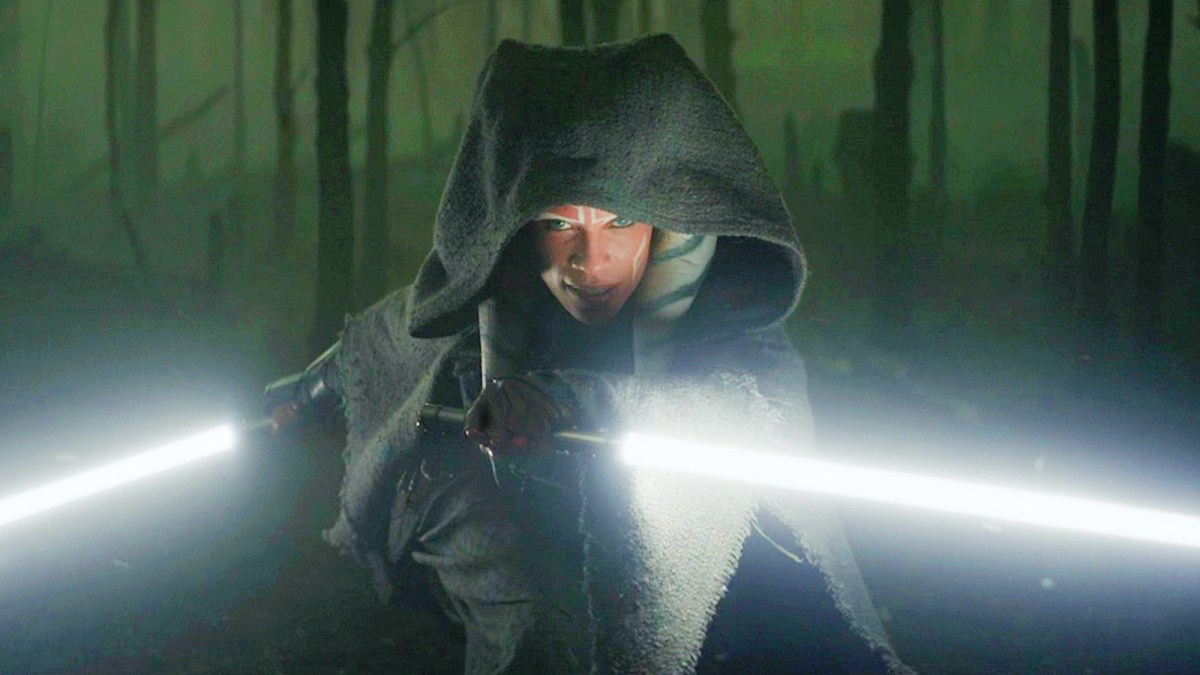 Ahsoka Tano has always had a hardcore following ever since making a name for herself in Star Wars: The Clone Wars. It’s easy to understand why then fans were disgruntled to see a very specific physical feature misrepresented when Rosario Dawson picked up the mantle in the live-action version of the character in The Mandalorian and The Book of Boba Fett.

For the most part, fans have been universally pleased with Dawson’s portrayal of Ahsoka and how Disney has handled the character – then again, she’s only been in two episodes across two shows, however, even just that has been enough for fans to fall in love with her. Come 2023, Ahsoka will get her own series on Disney Plus, and die-hard Star Wars fans are hoping, for the love of the Force, that the creators will finally fix the length of her head tails.

Indeed, fans have been fixated on the length of Ahsoka’s head tails, otherwise known as lekku, for quite some time, especially given how long the character has been around. Here’s what you should know about that.

In the Star Wars universe, lekku are fleshy appendages that protrude out of the heads of the Torgruta species, to which Ahsoka belongs. Twi’leks and male Ozrelanso have lekku as well, but the Togruta species is the only one to have three head tails and two head horns, known as montrals.

In Star Wars lore, a Torgruta’s lekku grows as they age, serving as a mark of maturity. By the time Ahsoka Tano is introduced in The Mandalorian, she’s already been through hell and high water in The Clone Wars and Star Wars Rebels. For this reason, fans were upset to see Ahsoka’s lekku were noticeably short in her live-action appearances.

It didn’t make sense for the character to have such short lekku when the animated version of her in Rebels, which takes place around the same time as The Mandalorian, had much longer lekku.

It turns out, that was for practical reasons, at least according to Lucasfilm’s character concept designer Brian Matyas. In a tweet responding to a fan, Matyas confirmed that Dawson’s Ahsoka had much shorter lekku to accommodate for stunts.

“Yea pretty much that was the chief concern. From animation to live action I did a ton of design exploration for her and their appropriate size for the actor with consideration for stunts and movement. I’m sure I’ll get to discuss at greater length in the near future!

The good news is that Ahsoka is poised to sport accurately sized lekku in her solo series Ahsoka, at least according to early photos from the series. Naturally, the fans are pleased and hope that this means the show will not only do right by the character, but stick to the lore from which she originates. Does this mean we’ll finally get to see her carry out her storyline with Ezra Bridger?

As of this writing, Disney has not revealed the official release date for Ahsoka, although it is believed to premiere sometime in 2023. We Got This Covered will update you with more information as it becomes available.