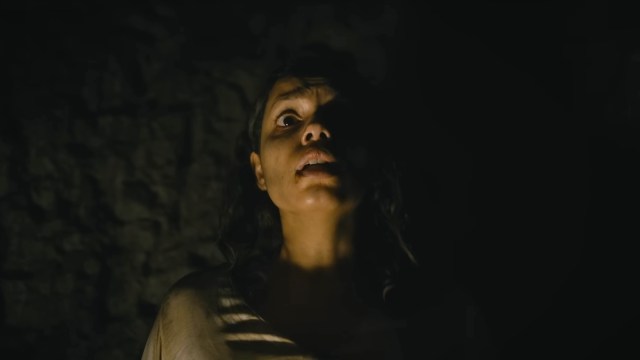 It’s entirely possible the critically successful horror film Barbarian could have never seen the light of day, according to a Hollywood Reporter interview with director Zach Cregger.

It turns out film industry executives were put off by the unconventional structure of the film, as well as how much time it spends getting to know unsavory characters. Cragger spent two years pitching the film before finally sticking the landing with BoulderLight Pictures and producer Roy Lee.

He tells Hollywood Reporter that the unorthodox story structure was one of his favorite things about the script he had written and what made it so special, which is why he persistently continued to pitch the film for such a long time.

Cragger chalked the inspiration for Barbarian’s structure up to Stephen King’s methodology around writing, who likens himself to an archaeologist assembling dinosaur bones one by one and eventually figuring out which exact dinosaur he is piecing together.

When asked about his interest in expanding the Barbarian mythos with a prequel, Cregger shut the door on the idea pretty quickly, saying he doesn’t have much interest in telling the story of the characters he would likely need to flesh out in such a project.

While Barbarian’s box office opening was lukewarm at best, it has been enjoying critical success and is currently sitting at a 92% critic score and 74% audience score on Rotten Tomatoes. We rounded up a few initial reactions.

Barbarian stars Georgina Campbell as Tess alongside Bill Skarsgård as her unexpected AirBNB co-tenant, Keith. In our review, we said Barbarian was finely crafted, compellingly weird, and above all, great.