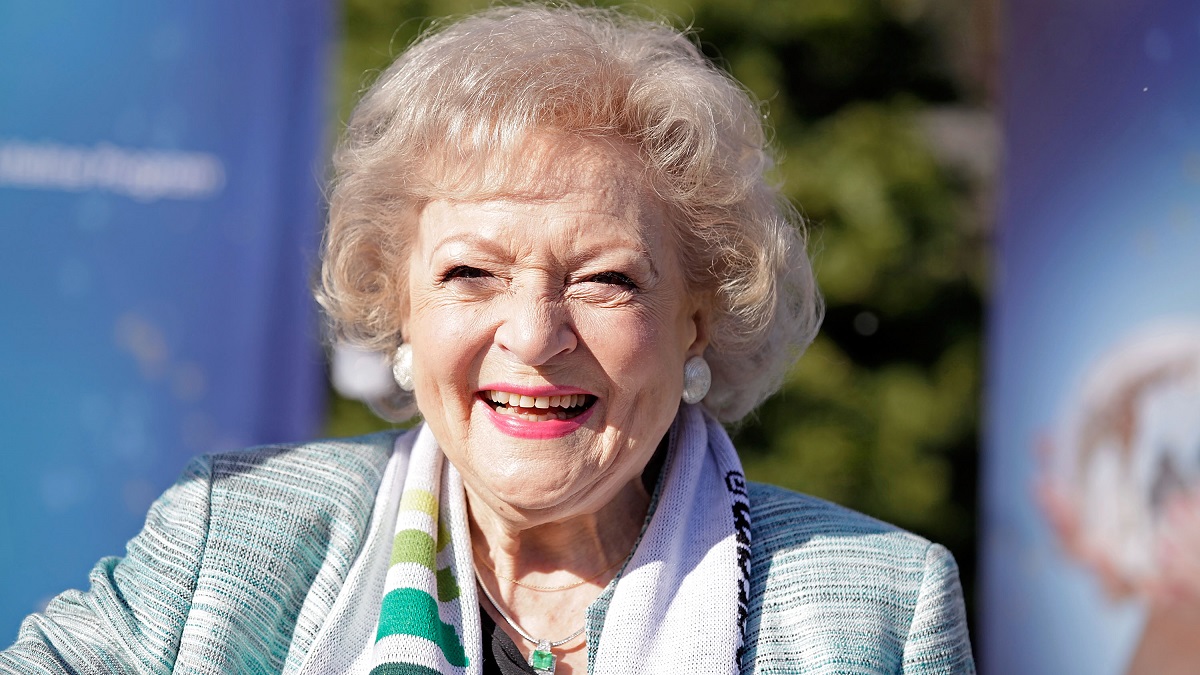 When you live a joyful, optimistic, and open life as Betty White did, you share several topics of conversation with others to help spread that happiness. White often shared quotes from loved ones in her interviews, pieces of life advice, and a lot about her wonderful marriage to Allen Ludden.

The statement from White’s rep, which fans can find a deep sense of solace in, actually mentioned that White didn’t fear passing on, because she knew she would be with her great love again. Jeff Witjas shared the following note with People Magazine.

“Even though Betty was about to be 100, I thought she would live forever. I will miss her terribly and so will the animal world that she loved so much. I don’t think Betty ever feared passing because she always wanted to be with her most beloved husband Allen Ludden. She believed she would be with him again.”

In a sweet interview clip, White shares a bit more about the romance she had with her husband Allen Ludden, who passed away in 1981 of cancer. They were married on June 14 of 1963, and spent 18 beautiful years together. Ludden met White as his wife when they worked together on a game show he was hosting. The episode with White aired the week Ludden lost his wife.

The two met again via their agents that summer, and it didn’t take long for Ludden to fall head over heels for White. While she held a more rigid exterior about their romance, she was crazy about him too. Ludden proposed to White more than once before she agreed, and he even had the ring ready for her.

Regarding the ring, Ludden told her, “You might as well take it because you’re going to put it on one day.” White quickly responded by saying that she was absolutely not going to do that and promptly gave the ring back to him. She admits in the video clip below that she was scared to think about relocation at the time and probably scared of the magnitude of what they could be.

Ludden wasn’t ready to give up that easily; he actually wore the ring on a chain around his neck so that when they were together, she had to see the ring and be reminded of his proposal. He kept asking her to marry him and kept using up all of his time to visit her, and around Easter, he gifted her with a sweet stuffed bunny with diamond and sapphire earrings on its ears. He called her that evening, and she finally agreed to marry him — not for the earrings, she laughs, but for the stuffed bunny.

It goes without saying that Ludden and White were inexplicably connected, and their marriage was the great and beautiful love of her life. After living a love story like theirs, White never remarried.

At age 89, in a chat with the Daily Mail, White had this to say about her marriage with Ludden and why she never remarried.

“Once you’ve had the best, who needs the rest. I made two mistakes before Allen, but the love of your life doesn’t come along in every life, so I am very grateful that I found him.”

White found love and romance that she knew was that once-in-a-lifetime type of companionship, and she knew she’d already had “the best.” For White, no other relationship would have been enough in the capacity of life-long companionship.

In her later years, she often joked about having a crush on Robert Redford, and we all joined in to keep up with the antics between herself and Ryan Reynolds, but no man held a torch to her sweet Allen Ludden.

Speaking to Oprah during an interview when White was 93, she shared one regret as she looked back on her whole wonderful life related to Ludden.

Touching back on the statement from White’s rep, she knew she’d be with him again one day, and now the couple won’t spend any more time apart.