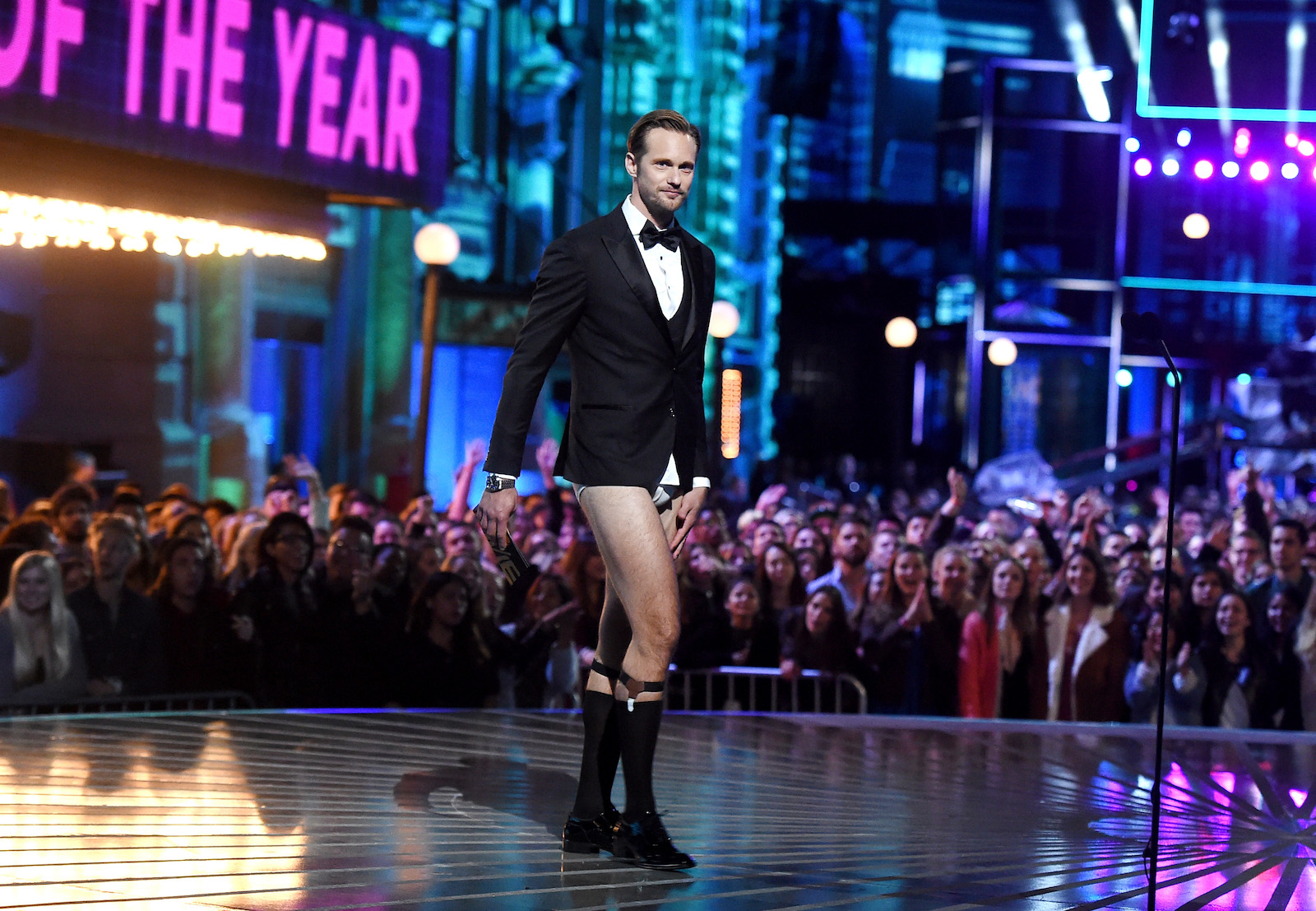 The Northman is hitting theaters this weekend and fans are already hitting social media to have a long look at its star, Pretty Little Lies actor Alexander Skarsgård and some of their searches are raising an interesting and important question: why is Alexander not wearing any pants in his IMDb profile pic?

Well, as it happens, there’s a story behind that, and when Skarsgård sat down with IMDb recently for a fan Q and Q session, he was more than happy to answer it. It all dates back to the 2016 MTV Movie Awards, you see.

Skarsgård was co-presenting the Best Movie of the Year Award with actor Samuel L. Jackson and when he took to the stage, he was attired in a very natty tuxedo jacket and shirt, with a requisite black tie, but with only a pair of tighty-whiteys below. Jackson quickly took notice.

“You’re not wearing any pants!” said Jackson, according to US Weekly.

“You gotta give the fans a little skin,” replied Skarsgård.

Skarsgård confessed to IMDb that the whole stunt had been inspired by Zac Efron, who attended the previous year’s awards show sans shirt. He figured that showing a little leg to the audience would be the only way to one-up the Dirty Grandpa star.

“I decided to also show a little bit of skin. I couldn’t take my shirt off cause Zac had already done that so I thought, well then I’ll take my pants off … cause it’s equally sexy.” Skarsgård said.

The picture in question was taken by Larry Busacca later in the evening. It’s been Skarsgård’s default photo on IMDb for several years now and, since actors have control over their profile images on the site, we can only assume he likes the look.

The actor is going to be receiving a lot of attention for his look in The Northman regardless of his profile pic. The actor put on a stunning amount of muscle for the film and, unlike his Movie Awards outfit, he chose the shirtless option quite a bit while filming the Norse epic. We’re certain many viewers will appreciate the fact.

The Northman is currently playing in theaters.