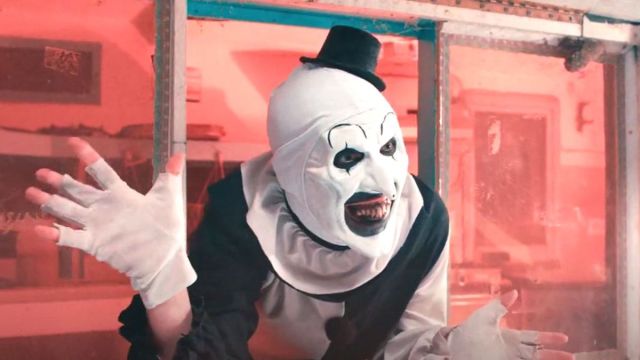 Now that Art the Clown is once again gripping our collective nightmares with Terrifier 2 currently playing in theaters, a question arises: will there be a Terrifier 3 to further propel our insomnia?

With 2016’s Terrifier, we got a largely straightforward slasher. But following a tease at the end of that film, in which David Howard Thornton’s Art the Clown comes back from the dead, there were considerably more supernatural elements in the horror sequel. Still, there are quite a few unanswered questions left for fans at the end of Terrifier 2, such as: who was the ghost-like girl who befriends Art? Who was the unknown entity that resurrected Art after he died? Is Lauren LaVera’s Sienna an angel since she’s also able to come back from the dead? And does that mean Art is a demon?

Will there be a Terrifier 3?

Hopefully, some of those aforementioned questions may yet be answered, because writer-director Damien Leone has pretty much confirmed that a threequel is planned since he said in a recent interview, “I basically have a structure for part three already.” As Leone explained to SlashFilm,

“Right now, I would like to just tell a solid story where it has a nice arc for my heroes, my villains, it’s complete. So a three is, I can almost guarantee a part three. After that? We’ll see if there’s anything left and if the fans still are still accepting of this character and this franchise.”

Though the first Terrifier and Terrifier 2 both had extremely low budgets, we can’t help but cheer them on as the little horror franchise that could. The first film was “rotten” with a 56 percent critical score on the review aggregate site Rotten Tomatoes. Still, the enduring allure of an instantly-iconic antagonist in Art the Clown has persevered, with the crowd-funded Terrifier 2 snagging an impressively-high 89 percent.

Terrifier 2 is currently playing in a limited theatrical release.