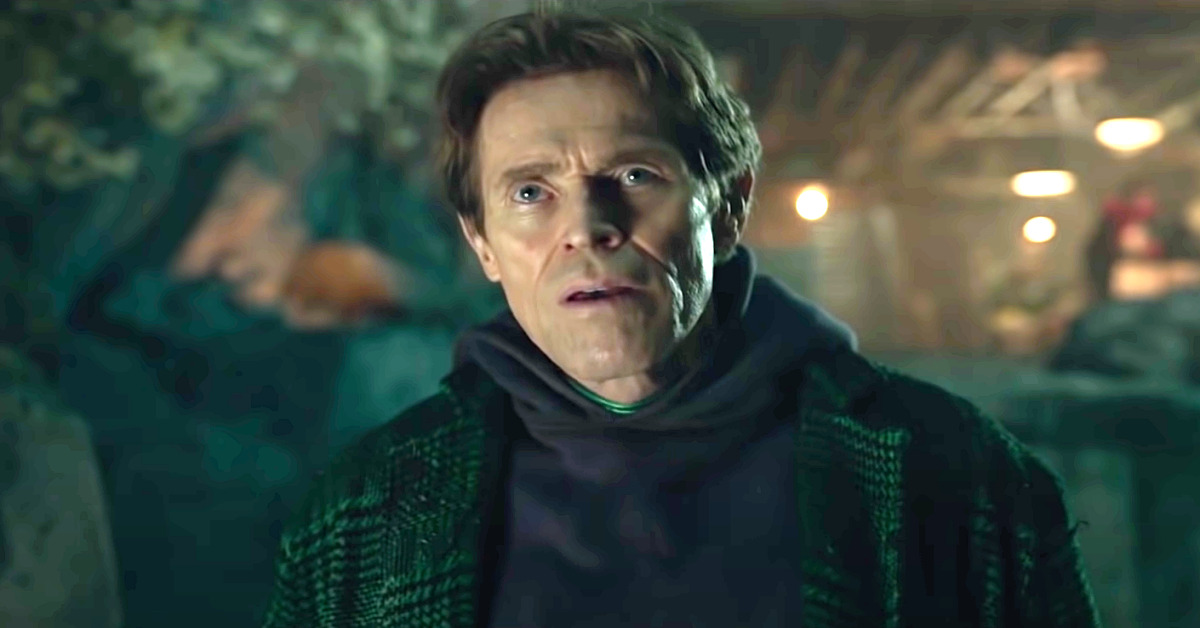 Willem Dafoe isn’t just 41 years older than Spider-Man: No Way Home co-star Tom Holland, but he’s also a dozen years older than the leading man’s father, too, just to give you an indication of the returning Green Goblin’s commitment and dedication to going all-in on the Marvel Cinematic Universe blockbuster’s action sequences.

There’s plenty of stars decades Dafoe’s junior who’d happily sit back and let the stunt team perform the more daunting, exacting, and challenging set pieces, but that’s never really been his style. Speaking in an interview with GQ, the veteran star explained why he was so keen to put himself through the physical wringer.

Outside of James Wan’s Aquaman, Dafoe hasn’t really been given many opportunities to take part in the sort of spectacle-driven action that Spider-Man: No Way Home provides in spades since he was initially killed off in Sam Raimi’s 2002 original, and it comes across in his performance that he’s having an absolute blast.

It could have been an easy payday to simply show up and go through the motions as Norman Osborn in the cinematic equivalent of a Greatest Hits album, but as he tends to do every time he steps in front of the camera, he gave everything he had in order to put forth the best work possible.