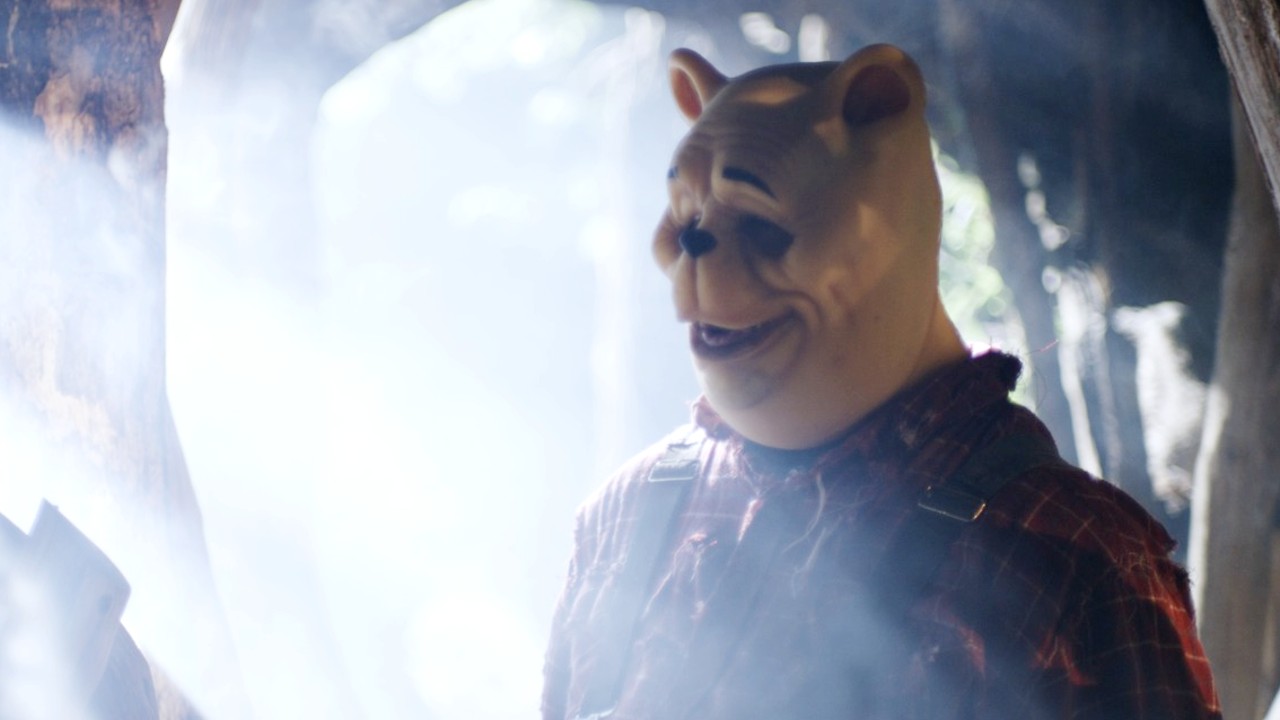 The first images of an upcoming horror-comedy slasher flick, Winnie the Pooh: Blood and Honey, were revealed to a baffled internet on Thursday. The retelling of the classic A.A. Milne story only became possible when the characters became public domain earlier this year and Disney lost exclusive rights — though, the company still retains rights over their adaptation of the characters, which means no Tigger, unfortunately.

But other than the wild premise of an evidently psychotic, murderous Winnie the Pooh and Piglet, the film’s director Rhys Waterfield spoke with Variety about what fans (yes, there are already fans for a non-franchise movie that hasn’t even released a trailer yet) can expect from this live-action take of honey and murder.

“According to Waterfield, who also wrote and co-produced the film, ‘Winnie the Pooh: Blood and Honey’ will see Pooh and Piglet as ‘the main villains…going on a rampage’ after being abandoned by a college-bound Christopher Robin. ‘Christopher Robin is pulled away from them, and he’s not [given] them food, it’s made Pooh and Piglet’s life quite difficult.’

‘Because they’ve had to fend for themselves so much, they’ve essentially become feral,’ Waterfield continued. ‘So they’ve gone back to their animal roots. They’re no longer tame: they’re like a vicious bear and pig who want to go around and try and find prey.’”

Waterfield said that audiences “shouldn’t be expecting this to be a Hollywood-level production” (which … duh) for the film that was shot in 10 days not far from Ashdown Forest, the real-life inspiration for the Hundred Acre Wood just south of London. He also explained how the production attempted to walk the fine line between horror and comedy by revealing one particularly graphic-sounding scene from the film.

“As an example, Waterfield explained the set-up behind the still (above) of a girl relaxing in a jacuzzi with Pooh and Piglet ominously standing nearby. ‘She’s having a good time and then Pooh and Piglet appear behind her, chloroform her, take her out of the jacuzzi and then kind of drive a car over her head,’ Waterfield said. ‘It’s scary but there’s also funny bits because there’s shots of Winnie the Pooh in a car and seeing him with his little ears behind the wheel and like slowly going over there [to kill her.]’”

There’s no release date yet for Winnie the Pooh: Blood and Honey, but given the immediate and overwhelming attention the film has garnered so far, Waterfield says that they are expediting the edit to push it through post-production as fast as they can.