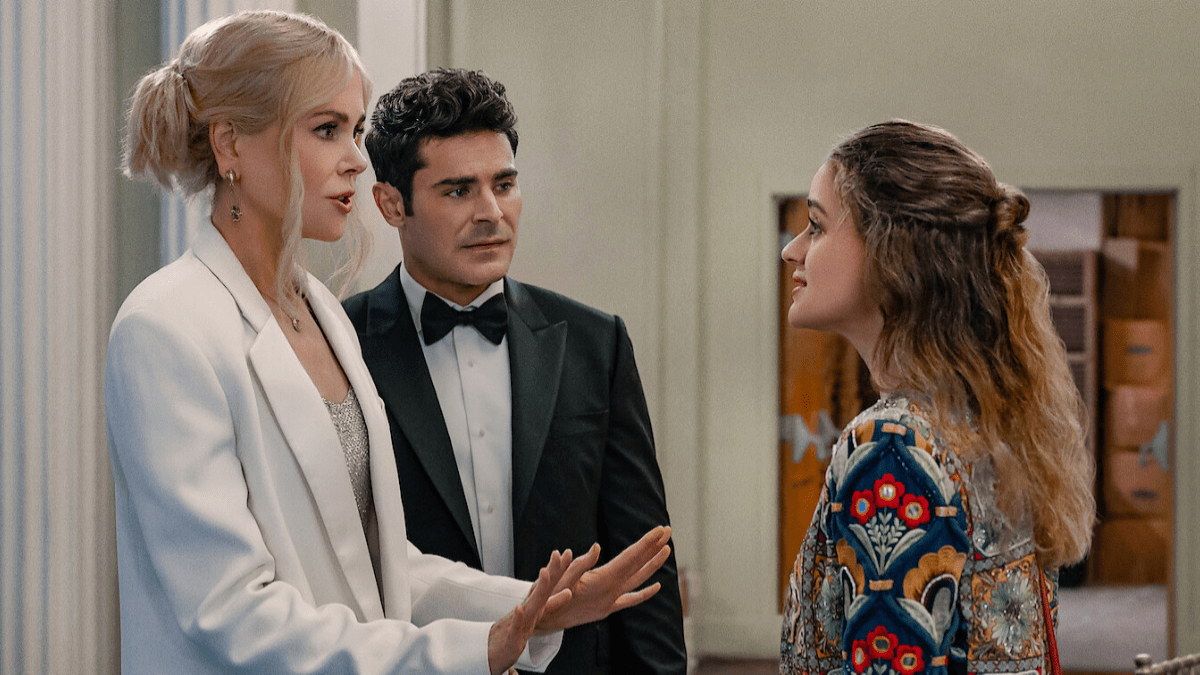 Netflix recently released their 2023 sizzle reel and teased a few original films coming out on the streaming service this year. In between scenes from highly anticipated films like Extraction 2 and Damsel, there was one scene that got the internet talking: is that Zac Efron and Nicole Kidman making out?

The answer is yes; the two are starring in the Netflix original movie A Family Affair. The film went into production summer of 2022 and is written and directed by Richard LaGravenese, whose previous films include P.S. I Love You and Beautiful Creatures.

Not much was known about A Family Affair, but after the steamy teaser clip the film is now on our watch-lists. Here’s what we know about the film’s release date, cast, and plot so far.

A Family Affair reportedly wrapped production in Oct. 2022 but its release date is still months out. The film will release on Netflix on Friday, Nov. 17, 2023. No word yet on if the film will have a theatrical release, but it’s mid-November release date makes this a perfect film to stream during the Thanksgiving holiday.

The main cast consists of Nicole Kidman, Zac Efron, and Joey King, best known for The In Between and The Kissing Booth films. King will play an unnamed young woman, Nicole Kidman will play her character’s mother, and Zac Efron will play a movie star and former boss of Joey King’s character. In addition to the main cast, we know Kathy Bates and YouTuber Liza Koshy will appear in yet undisclosed roles.

In the above clip, we see a short scene where Kidman and Efron’s characters have what looks to be an awkward conversation with King’s character. We then see a steamy make-out session between Efron and Kidman before King walks into the room, sees them, screams, and then comically runs into a door frame trying to escape the mortifying moment. Netflix has released a short description of the movie’s plot:

A surprising romance kicks off comic consequences for a young woman, her mother and her movie star boss as they face the complications of love, sex and identity.

As the release date for A Family Affair comes closer, we’re sure to find out more about the characters and see a full movie trailer.