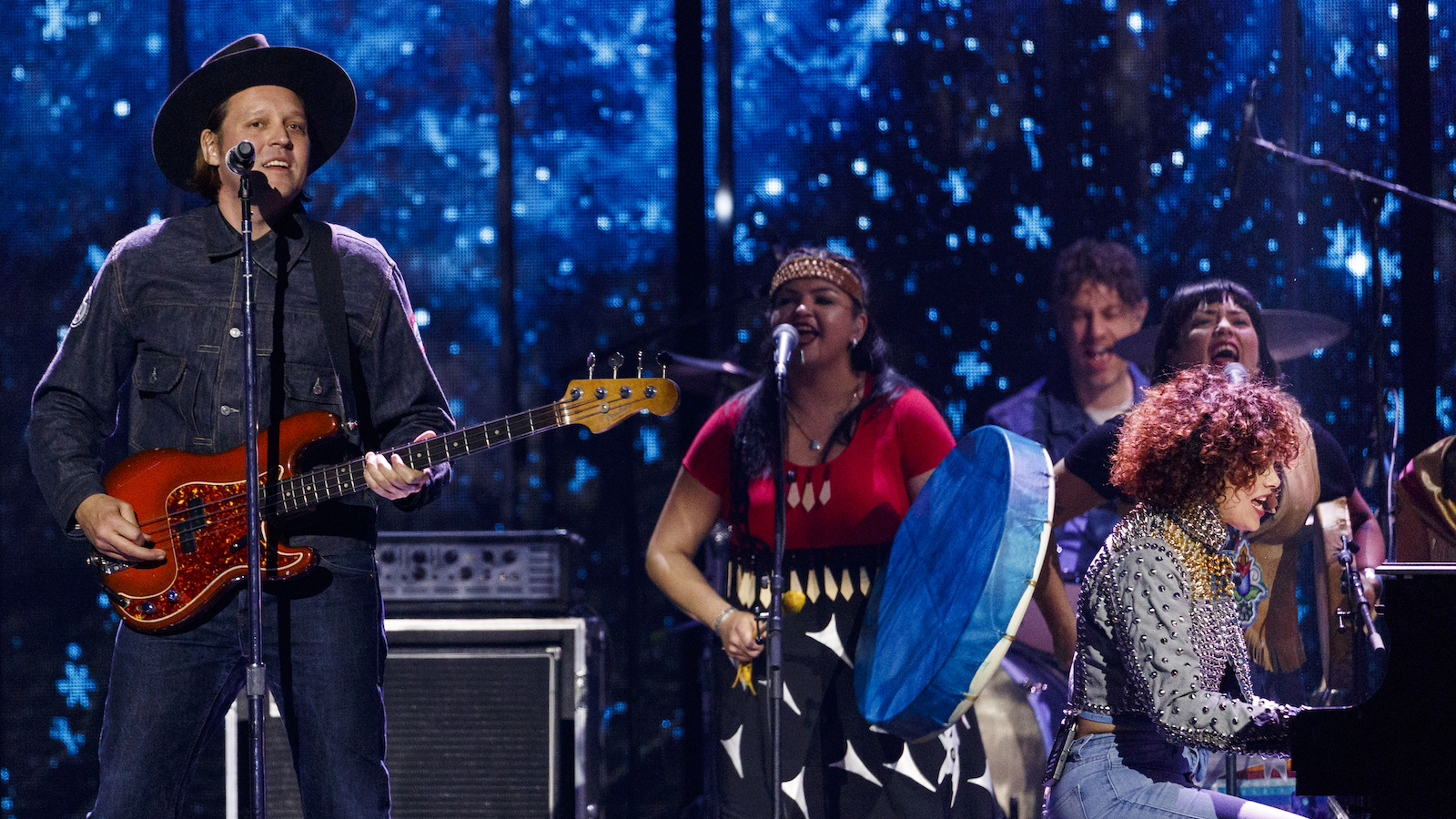 In a surprise addition to Coachella this year, Arcade Fire is now set to perform at the California music festival.

The band’s appearance was announced out of the blue when organizers for the event posted the lineup Thursday, with Arcade Fire performing Friday, April 15, from 6:45 p.m. to 7:45 p.m. Pacific Time at the Mojave Tent, per the official Coachella Twitter account’s social media post.

Since only the first weekend for Coachella has been posted, it’s not entirely clear if Arcade Fire will also perform the following weekend, April 22-24, but Pitchfork reached out to the band’s representatives posing that very question and have yet to report a response.

Arcade Fire is set to release their first new album since 2017’s Everything Now. WE, releasing May 6, is being produced by Radiohead alumn Nigel Godrich, as well as singers Win Butler and Régine Chassagne. They’ve shared a track from the upcoming album, “The Lightning I, II,” via a music video, but it remains to be seen if they will premiere even more songs from the record at the festival that they previously headlined back in 2014.