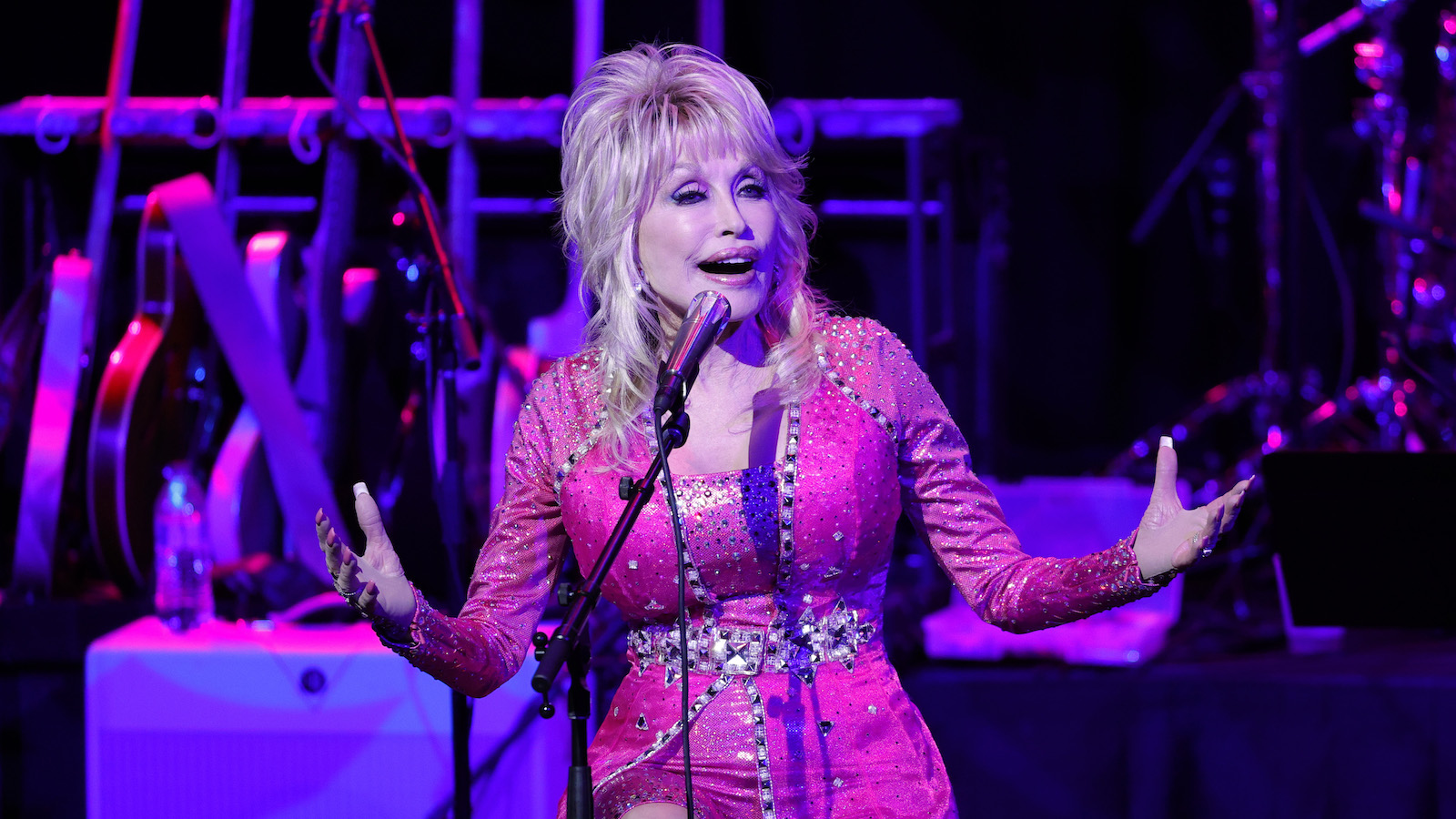 Dolly Parton commemorated another year around the sun on Jan. 19 in a unique way by sharing a throwback image of herself in her “birthday suit.”

In the Instagram post, the singer, who just turned 76, is seen wearing a hot pink blazer, complemented with red lace lingerie, matching fingernails, and a few jewelry pieces. In addition to the glam photo, Parton captioned the post, “Just hangin’ out in my birthday suit!”

In honor of Parton’s special day, a couple of the “Jolene” vocalist’s friends, including Miley Cyrus and Jimmy Fallon, sent their well wishes to the star. Cyrus, Parton’s goddaughter, wrote alongside a clip of the pair on her hit television series Hannah Montana, “One of the many invaluable lessons learned from @dollyparton Happy Birthday, Aunt Dolly!” Parton made several appearances on the show and played Cyrus’ aunt.

Fallon, who shared what appears to be a behind-the-scenes photo of him and Parton, said, “Happy birthday to the supremely talented, insanely funny and most gorgeous crush a talk show host could have @dollyparton.” The talk show host’s “crush” remarks came from an October W Magazine interview in which Parton disclosed she has a crush on Fallon.

A day before her birthday, Parton revealed in an Instagram video the release of her new book and album titled Run, Rose, Run. She also shared she would be releasing the album’s first single, “Big Dreams and Faded Jeans.” The “9 to 5” songstress said, “Hey y’all, it’s Dolly Parton, and I’m so excited about the release of my first novel called Rub, Rose, Run with James Patterson along with my album, with all new songs to go along with it. You can listen to “Big Jeans and Faded Jeans” today.

The album is scheduled to be released on March 4, while the novel will drop three days later on March 7.