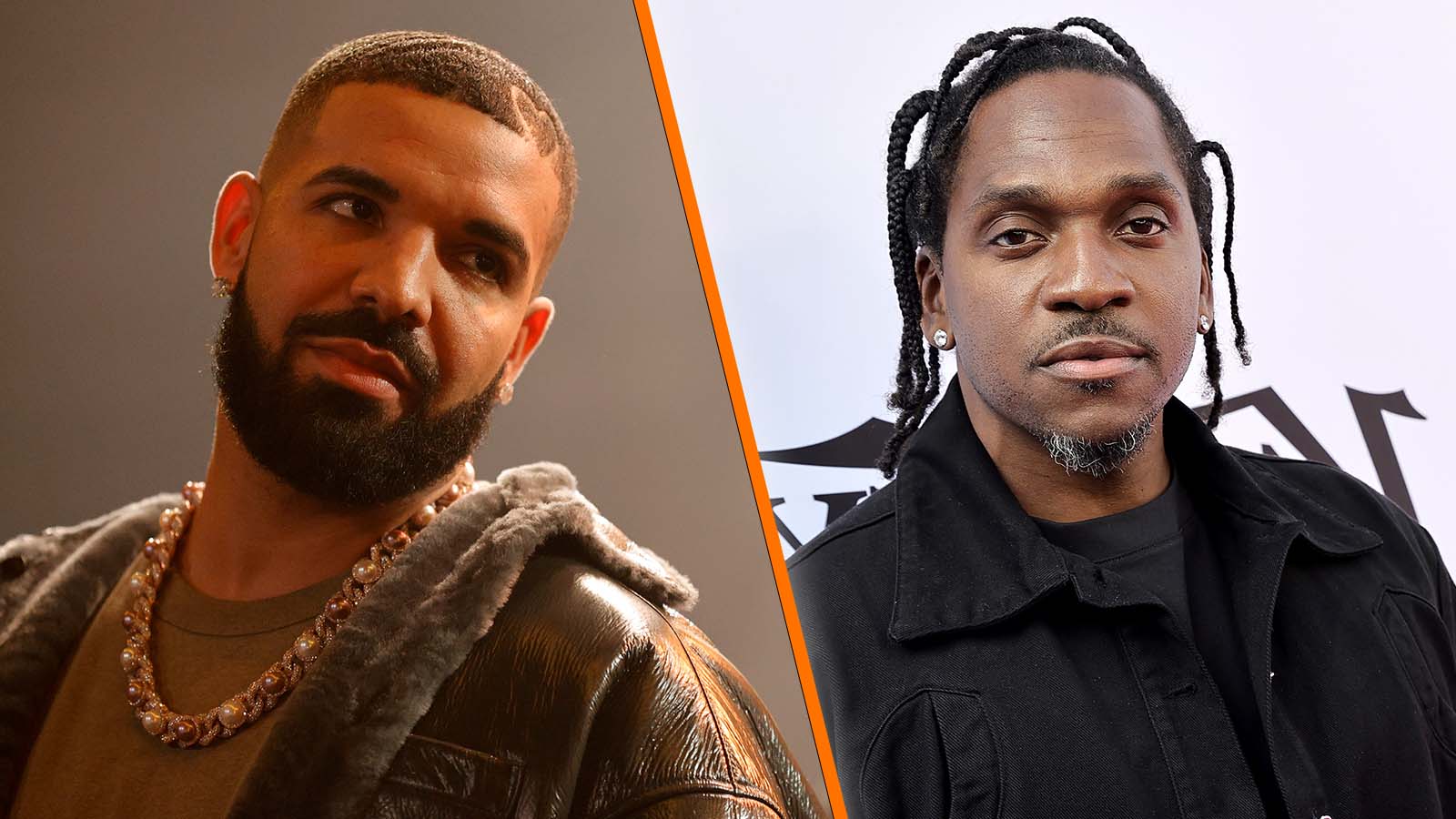 Drake is seemingly re-igniting his longtime beef with rival rapper Pusha T with a newly leaked collaboration between the Toronto-born artist and Jack Harlow.

Leading up to Harlow’s forthcoming album, Come Home The Kids Miss You, the leaked track arrives before that album’s song list has even been announced.

Hot New Hip-Hop reports that the song surfaced online Wednesday night, featuring a short segment of Jack’s verses, but a much more substantial portion of Drizzy’s verses that are thought to be the entirety of his feature on the song.

In the second half of Drake’s feature, he begins to take what seems to be subtle shots at Pusha, stating that his “urges for revenge are uncontrollable,” though not naming the rapper specifically.

“My urges for revenge are uncontrollable

But I gotta get a n***a back for that

It’s non-negotiable, it’s not even debatable”

Drake then calls into question his unnamed subject’s ability to come face to face, saying he sicced his “middlemen” on the Degrassi: The Next Generation star.

“All I hear is plug talk comin’ from middlemen

All I hear is tall tales comin’ from little men.”

In the final part of the verse, where Drake directly references Pusha T’s 2018 album, Daytona, where the rapper dissed Drake on the track “Infrared,” it becomes clear that the shots are indeed aimed at Pusha.

Daytona with the green faces”

The resurfacing of this feud, which had largely remained smoldering in a kind of hip-hop cold war since 2018, shocked many. The timing seems especially strange since Drake recently seemingly squashed his beef with Kanye West, who is associated with Pusha and produced Daytona, when the pair performed together last year.

“Drake is going at pusha AGAIN????” was the response of music commentator Anthony Fanto on Twitter.

Another Twitter user appeared unsure if Drake’s verses were fire or something else entirely.

Even DJ Akademiks weighed in on the situation, making appropriate use of a great number of rolling-on-the-floor-laughing emojis in the process.

Another Twitter user couldn’t help but point out how much Drake seemed to outshine rap newcomer Jack on the leaked track.

Not everyone thought the track was a slam dunk for Drake, with one user pointing out the feud being reignited after four long years may be more of a detriment to him, in the overall scheme of things, than a win.

Another user suggested this may only be the perfect set-up for a career-altering diss track by Pusha, just like he did with 2018’s “The Story of Adidon,” in which Pusha disclosed to the world that Drake secretly had a child.

For Pusha T supporters, this was just one more piece of evidence that Drake is the one who can’t let go of grudges, not Pusha.

After Pusha T released “The Story of Adidon,” Drake did record a response track to follow up his previous Pusha diss, “Duppy Freestyle.” But Drake ultimately decided not to release his response, saying it contained “terrible things” and was not something he “ever wanted to be remembered by,” according to Pitchfork. Drake also acknowledged at the time that Pusha’s mic drop-worthy diss track was “a hell of a chess move,” despite thinking the song itself was “trash.”