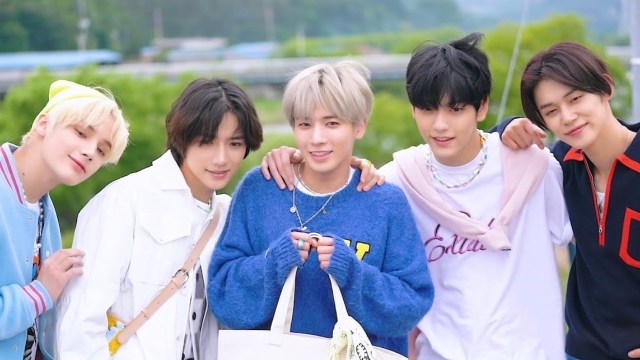 Following the rise of K-pop and the Hallyu wave, several groups have elevated the popularity of the widely successful Korean music genre. With groups like EXO, BTS, Seventeen, and Twice dominating the third generation of K-pop, it is expected that the new generation take over the next lap.

The fourth generation of K-pop consists of groups that have debuted since 2018 until the present day. With so many more groups debuting by the day, here’s a ranking of the most popular groups, boasting an established fandom and millions of followers across all social media platforms.

STAYC, or “Star to a Young Culture,” is a girl group that debuted in 2020 under High Up Entertainment. The group consists of six members: Sieun, Sumin, Seeun, Isa, Yoon, and J. STAYC, who debuted with the single album Star to a Young Culture which peaked at the sixth spot on the Circle Album Charts. The music video of the lead single “So Bad” garnered over two million views in the first 24 hours of its release. Earlier this year, the group released the EP Young-Luv.com which placed them at the peak spot on the Circle Album Chart.

Treasure is a 12-member boy group under YG Entertainment. The group was formed through the survival competition Treasure Box and was initially set to debut in 2019, but a postponement led to their official debut in August 2020. Treasure consists of the members: Choi Hyunsuk, Bang Yedam, Jihoon, Yoshi, Asahi, Junkyu, Doyoung, Haruto, Yoon Jaehyuk, Mashiho, So Junghwan, and Park Jeong-woo. Their debut single album The First Step: Chapter One was number one on both the Circle Album Chart and the Billboard Japan Hot 100 chart. Treasure is set to have a comeback in October with the EP The Second Step: Chapter Two.

SuperM is a supergroup that consists of seven members from four existing SM Entertainment boy groups. EXO’s Kai and Baekhyun, SHINee’s Taemin, WayV’s Lucas and Ten, and NCT’s Mark and Taeyong make up the group. In 2019, SuperM made its official debut under SM Entertainment and Capitol Music Group with the EP SuperM. The EP hit the peak on the Billboard 200 chart, making them the first K-pop group to place first with their debut EP.

Ateez is an eight-member boy group under KQ Entertainment. The group debuted in 2018 with the EP Treasure EP.1: All to Zero. Its members are: Hong Joong, Seonghwa, San, Jongho, Wooyoung, Mingi, Yeosang, and Yunho. Known for their intense and fierce performances, Ateez has been dubbed “Global Performance Idols” and won the Best Korean Act at the 2019 MTV Europe Music Awards. Having sold over four million physical albums worldwide, the Korean Ministry of Culture, Sports, and Tourism has named them official ambassadors for Korean culture and tourism.

(G)I-DLE is a five-member girl group under Cube Entertainment. The group debuted in 2018 with the EP I AM and the lead single Latata. The group debuted as a sextet with Soyeon, Soojin, Miyeon, Minnie, Yuqi, and Shuhua but in 2021, Soojin left the group. In 2019, (G)I-DLE made its Japanese debut under U-Cube (Universal Music Japan and Cube Entertainment Joint). Regarded as monster rookies, the group is very successful both domestically and internationally. In March of 2022, their first full album I Never Die was released.

Aespa is a four-member girl group that debuted in 2020 under SM Entertainment. The group consists of Winter, Karina, Ningning, and Giselle. Aespa debuted with the digital single “Black Mamba” which peaked at number five on the Billboard World Digital Sales Chart. The “Black Mamba” music video garnered over 21 million views in the first 24 hours of its release, breaking the record for the most viewed debut music video by a K-pop act. In April, Aespa performed at Coachella during the second week of the festival, and in July, the group released their second EP titled Girls.

Enhypen is a seven-member boy group under BeLift Lab, a joint venture between CJ ENM and Hybe Labels. The group was formed through the survival competition I-LAND and debuted in 2020 with the EP Border: Day One. Enhypen consists of: Jake, Jay, Sunghoon, Heesung, Jungwon, Sunoo, and Ni-ki. Before their debut, Enhypen has already amassed over a million followers on their social media accounts. The group has won several awards including the Best Rookie award at the 2021 Golden Disc Awards show. Enhypen has also made their Billboard debut, reaching the top spot on the Billboard Global 200 chart with the song “Dimension: Dilemma.”

ITZY is a five-member girl group under JYP Entertainment. The group made their debut in 2019 with the digital single album IT’z Different. ITZY consists of members: Yeji, Chaeryeong, Lia, Yuna, and Ryujin. The group has received various awards since their debut and have amassed millions of fans. In 2021, ITZY made their Japanese debut and later released their first full album titled Crazy in Love. They are the first K-pop girl group to achieve a rookie grand slam, and are also named the global spokesmodel of Maybelline New York.

Stray Kids is a boy group that was formed through the 2017 JYP Entertainment reality survival show called Stray Kids. In early 2018, the group released an EP Mixtape and officially debuted two months later with the EP I Am Not. Originally a nine-member group consisting of: Bangchan, Lee Know, Seungmin, Felix, Woojin, Hyunjin, I.N, Changbin, and Han, Woojin left the group in 2019. Stray Kids’ sixth EP Oddinary topped charts in several countries, earning them their first appearance on the Billboard 200 chart. In 2020, the group became ambassadors of the Korean Pavilion of Expo 2020 Dubai and performed in front of South Korean President Moon Jae In. Stray Kids is set to have a comeback in October with the EP Maxident.

Tomorrow X Together, also known as TXT, is a five-member boy group formed by Big Hit Music. The group debuted in 2019 with the EP The Dream Chapter: Star which charted on Circle Album Chart, Billboard World Digital Albums Chart, and the Billboard 200. TXT is made up of: Yeonjun, Soobin, Hueing Kai, Taehyun, and Beomgyu. Tickets to all the shows on the group’s first overseas tour sold out in less than 24 hours, and their early success won the group several rookie awards at Korean award shows. TXT has been appointed ambassadors for several brands including Skoolooks, It’s Skin, Smart Communications, and Ma:nyo Factory. The group released their fourth EP Minisode 2: Thursday’s Child in May.