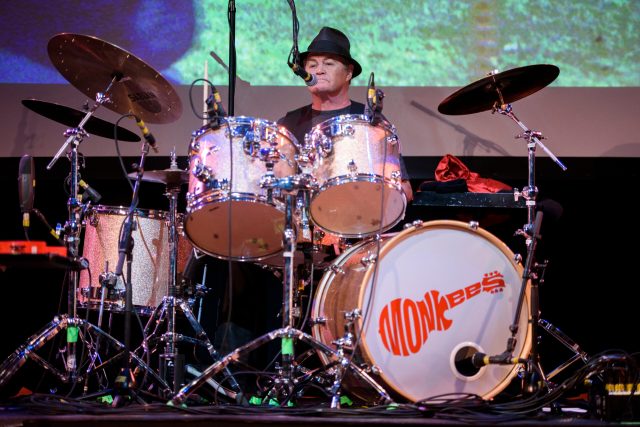 Micky Dolenz, the last surviving member of The Monkees, is suing the FBI to learn why the group was being investigated in the 1960s.

The 77-year-old is being represented by Mark S. Zaid, an attorney who also represented the whistleblower in the 2019 Ukraine scandal orchestrated by former president Donald Trump. Before the legal documents were filed on Tuesday, Zaid had previously sought the FBI files by submitting a Freedom of Information Act in June — the same request that Angelina Jolie filed to request the documents relating to the 2016 plane altercation that led to her divorce from Brad Pitt. However, when that failed to yield any results, they decided to sue the agency for any documents pertaining to The Monkees along with any individual files for Dolenz and his former bandmates Davy Jones, Peter Tork, and Michael Nesmith.

According to Rolling Stone, which broke the news this week, the investigation seems to have stemmed from an FBI agent who attended a concert during the band’s inaugural tour in 1967. The agent reportedly witnessed so-called “subliminal messages” depicted on the screen that were “left wing intervention of a political nature.” The imagery depicted included Berkley riots, anti-American rhetoric about the Vietnam War, and racial riots in Selma, Alabama.

“The Monkees reflected, especially in their later years with projects like [their 1968 art house movie] Head, a counterculture from what institutional authority was at the time,” Zaid tells Rolling Stone. “And [J. Edgar] Hoover’s FBI, in the Sixties in particular, was infamous for monitoring the counterculture, whether they committed unlawful actions or not.”

When Zaid became acquainted with Dolenz, as a longtime fan of The Monkees, he first floated the idea of seeing what the FBI had on the band without the knowledge that a heavily-redacted seven-page portion of the file had already been released to the public in 2011.

“That just kind of reinforced for me that there was actually something here,” Zaid told the publication. “It’s not just a fishing expedition. I mean, we’re still fishing, but we know there’s fish in the water.”

Though the lawsuit may seem frivolous at face value, Zaid is an expert in Freedom of Information Act litigation and is clearly not messing around.

“This means that we’re headed into court,” says Zaid. “I tell all my clients, ‘If you are serious about getting your documents, then we need to litigate it.’ What happens from here is that we’ll be assigned a judge within a matter of a couple of days. After that, the process will start.”

“Theoretically, anything could be in those files though,” he continues. “We have no idea what records even exist. It could be almost nothing. But we’ll see soon enough.”

In either case, it will be fascinating to see what the lawsuit turns up, even if it is “almost nothing.”