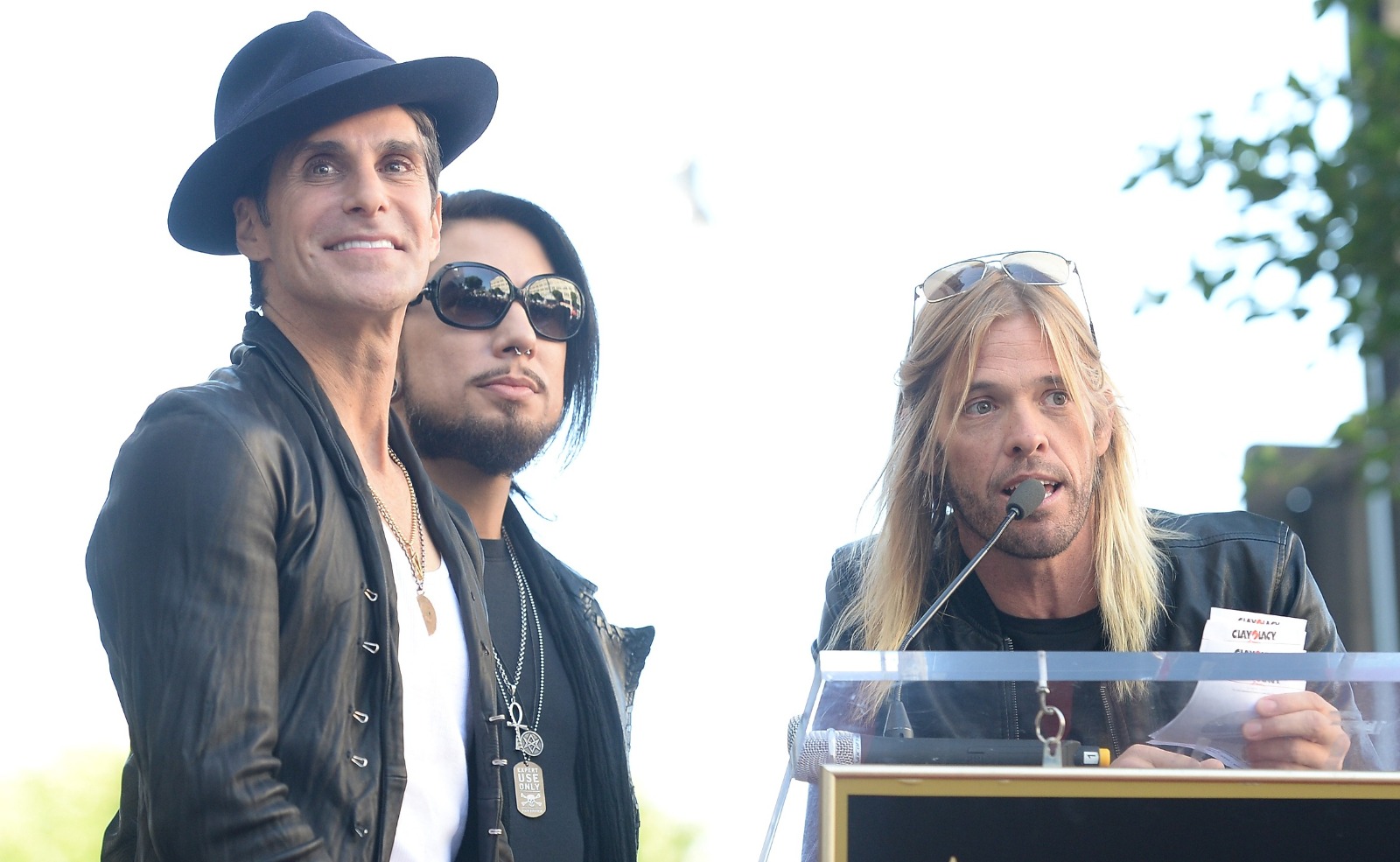 As fans worldwide struggle to make sense of the untimely passing of Taylor Hawkins, his best friend Perry Farrell has taken to social media to honor his beautiful life and light.

In a video shared on Farrell’s Instagram feed, he began a beautiful homage to Hawkins. The emotional tribute to his friend will undeniably bring tears to your eyes as Farrell beautifully describes the life and the impact of Taylor Hawkins as Farrell fights back the tears nearly spilling out.

“Taylor Hawkins died yesterday. He was my best friend — beloved in my home by my wife, my children, even my dogs. Whenever Taylor came over we would make music in the den, Cloud would always go and sit right by him. He was one of the most passionate drummers I’ve ever seen in my lifetime. When I think of him, I sum it up with one word: velocity. He had the gift to maintain a confident, striking and stroking velocity on drums.”

As Farrell continued speaking of their friendship, a few images of Hawkins’ appeared on the screen.

“There’s a large part of my heart that I had reserved for him, I accepted him into my heart when we became friends because he was such a pure guy. So pure of heart.”

The two also crossed paths in the 80s, which Farrell feels was a beautiful twist of life. Hawkins went to Jane’s Addiction shows back then, shows Farrell calls “pretty underground.” Farrell notes that while they didn’t make one another’s acquaintance then, they shared a deeply woven history.

Farrell called Hawkins a legend before admitting that the only sense he’s found in this heartache is that Hawkins is in heaven and that he can still hear those who loved him. He plans to honor that in an extraordinary way.

“Little did he know, through this one fatal night, he would cement himself in the legends of music for all time — and that’s what I think he deserves. The only sense that I can make of the tragedy is to know that Taylor is now in heaven; he can hear us — what I’m going to do from this day forward is to try to make music that I think Taylor would really love.”

The beautiful tribute continued with videos of Farrell and Hawkins singing together, enjoying a night like the two must have shared time and time again. Their smiles and laughter highlighted the friendship that meant so much to them.

Farrell’s wife, Etty Lau, shared a deeply personal voice message left for the couple in the last words they would hear from Hawkins.

Hawkins’ fans, friends, and loved ones continue to pay tribute to him on social media and in concerts worldwide.