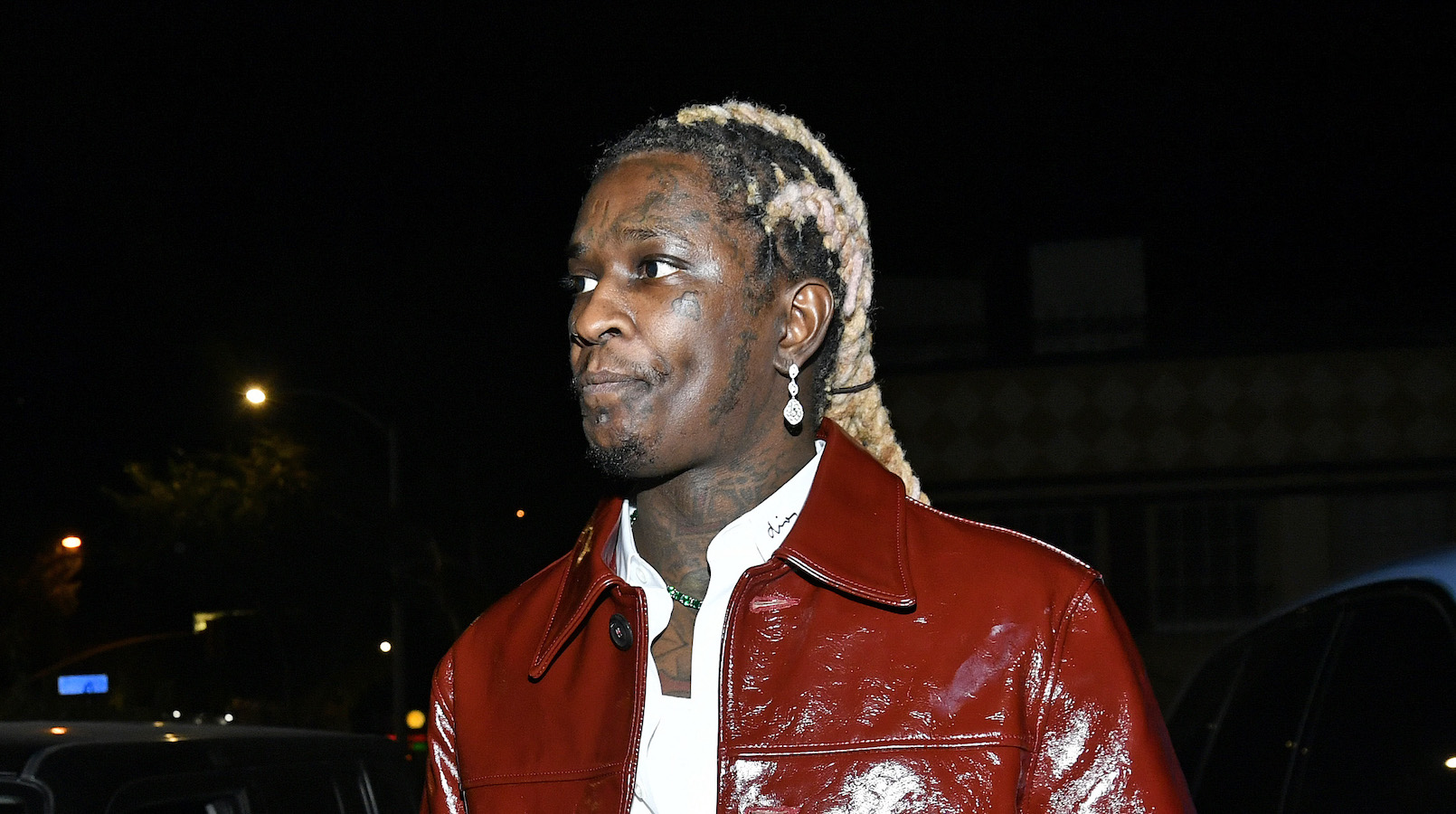 Grammy-winning rapper Young Thug has reportedly been arrested and booked on charges of conspiracy to violate the racketeer-influenced and corrupt organizations act.

According to WSBTV’s Michael Seiden, the arrest took place on May 9, and saw Young Thug alongside fellow rapper Gunna and 26 other defendants charged in Fulton County.

The 28 defendants are part of a 56 count indictment charging members and associates of Young Smile Life (YSL). Seiden says prosecutors refer to YSL as a Bloods affiliated criminal street gang that began in 2012 within the Cleveland Avenue area of Atlanta.

Accusations against Young Thug include renting a car that was allegedly used in the murder of a rival gang member in October of 2015. Another accusation says that two associates of YSL “worked to get permission” from Young Thug to murder YFN Lucci while he was incarcerated at Fulton County jail.

Gunna is reportedly facing one count of conspiracy to violate RICO, but hasn’t yet been booked.

“I’ll tell you the response to any allegation; Mr. Williams committed no crime whatsoever and we will fight to my last drop of blood to clear him.”

This news comes after Young Thug closed out 2021 strong by releasing his latest album “Punk” which netted him a performance on Saturday Night Live. The album which featured a ton of top musical talent debuted at No. 1 on the Billboard 200 albums chart.

The rapper will reportedly appear in court on Tuesday at 11:30 a.m.