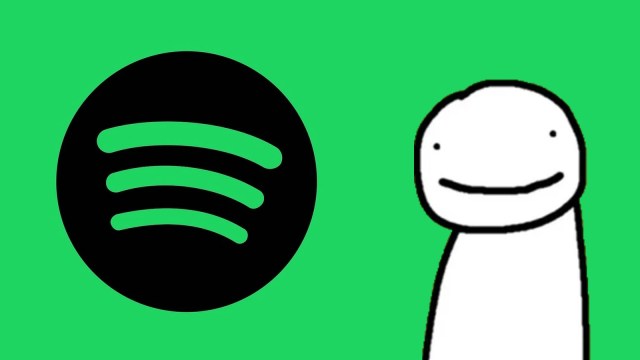 Since the Dream SMP rose to popularity in 2020, a fan-made Spotify genre, named after the online series, came into existence and was noticed by users during Wrapped 2021. And with 2022 results coming in just a few weeks, fans have campaigned to get the music platform to remove the “unofficial” DSMP genre from the platform.

For those who are unaware, the DSMP is a music genre created by Minecraft fans, more specifically those who enjoy the Dream SMP series. A majority of the songs that fall in the genre are based on the SMP itself. A notable artist in the genre goes by the name, Derivakat, and released a Dream SMP album titled Records of the SMP.

But even if there were good artists who produced this type of music, Dream SMP fans aren’t happy that the genre even exists. They’re upset because artists like Toby Fox, known for his composition for Undertale, got tied up to the genre.

And it’s not just existing video game composers. Kendrick Lamar was reported by fans on r/Spotify that his music was accidentally tied up to the genre.

However, some of the members of the Dream SMP, such as Wilbur Soot, have music careers outside of the series, hence why Lovejoy (Soot’s band) was tied to DSMP. Meanwhile, Alec Benjamin, wrote a song with Dream at one point, hence why his name is also associated with the genre.

And with Spotify Wrapped 2022 fast approaching, fans want to ensure that Spotify either fixes the genre system or completely gets rid of it entirely.

Dream SMP fans spotted the genre when Spotify Wrapped 2021 was released. This confused Spotify users since the music platform doesn’t clearly give information on artists’ genre information. During Wrapped, the streaming platform compiled all the information and condensed them into a single graph. Due to this, fans can only assume which artist contributed to each genre based on looking at other people’s results.

Most music distribution music service does not include DSMP as a selectable genre for artists, even as a sub-genre or “mood.” This means that it has to be an editorial mistake on Spotify’s end. Musician James Marriot called out Spotify in mid-2022 for mislabeling his music due to fears that their music may not be qualified to enter editorial playlists.

Spotify did not comment on the fans’ outcry to remove the genre, nor did they announce that they made some sort of change. Users now have to brace for December to see if the genre would appear once more in their results or if the music platform resolved the issue.