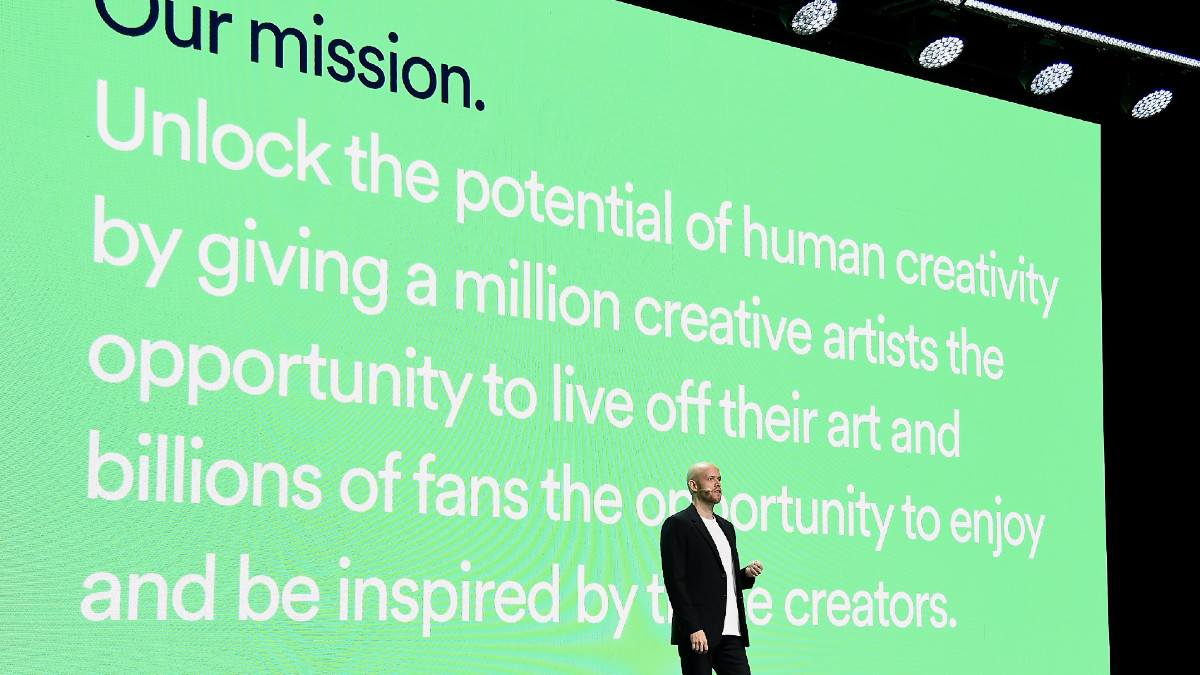 Spotify CEO Daniel Ek said in a staff-wide memo on Sunday that he’s “deeply sorry” for subjecting employees to the ongoing controversy surrounding Joe Rogan, but at the same time stated that “silencing Joe” is not the answer.

Ek had already lost $1 billion over the past two months amid backlash due to misinformation stemming from The Joe Rogan Experience podcast, which the platform paid an estimated $100 million to secure exclusive rights to in 2020. However, things took yet another turn over the weekend when a clip surfaced of Rogan using the N-word on his podcast throughout the years, which caused even The Rock to walk back his support. Rogan likewise issued an apology of his own, but it seems unlikely that the discourse will die down anytime soon.

In the memo obtained by Axios, Ek acknowledged how hurtful Rogan’s comments have been. In lieu of any kind of meaningful remedy, he wrote that Rogan decided to remove some past episodes containing charged language.

“There are no words I can say to adequately convey how deeply sorry I am for the way The Joe Rogan Experience controversy continues to impact each of you,” Ek stated in the memo. “Not only are some of Joe Rogan’s comments incredibly hurtful – I want to make clear that they do not represent the values of this company. I know this situation leaves many of you feeling drained, frustrated, and unheard.”

“While I strongly condemn what Joe has said and I agree with his decision to remove past episodes from our platform, I realize some will want more. And I want to make one point very clear – I do not believe that silencing Joe is the answer. We should have clear lines around content and take action when they are crossed, but canceling voices is a slippery slope. Looking at the issue more broadly, it’s critical thinking and open debate that powers real and necessary progress.

Ek continued, admitting that although Spotify is not the “publisher” of The Joe Rogan Experience, that “perception due to our exclusive license implies otherwise,” and that he’s been wrestling with how this perception squares with Spotify’s values. He went on, pledging to invest $100 million in music, as another frequent criticism of Spotify is that artists are underpaid, if they receive any money at all, from their music streaming on the platform.

“If we believe in having an open platform as a core value of the company, then we must also believe in elevating all types of creators, including those from underrepresented communities and a diversity of backgrounds. We’ve been doing a great deal of work in this area already but I think we can do even more. So I am committing to an incremental investment of $100 million for the licensing, development, and marketing of music (artists and songwriters) and audio content from historically marginalized groups. This will dramatically increase our efforts in these areas. While some might want us to pursue a different path, I believe that more speech on more issues can be highly effective in improving the status quo and enhancing the conversation altogether.

That may be all well and good, but with Spotify already purging users and caught in a seemingly never-ending downpour of bad PR, one has to wonder if the so-called apology is too little, too late. You can read the entire memo here.