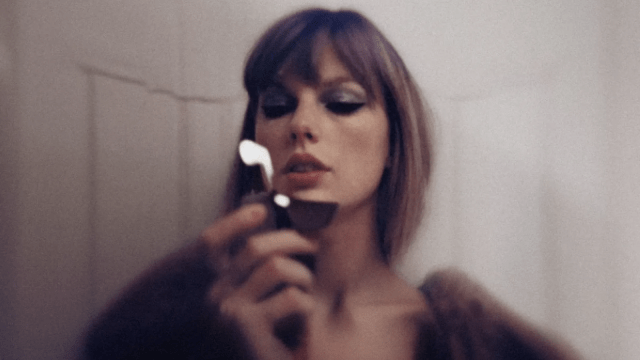 Following 2020 releases Folklore and Evermore, and 2021 re-releases Fearless (Taylor’s Version) and Red (Taylor’s Version), Taylor Swift would not let 2022 pass without a new album. While fans and the media debated over a possible re-recording of 1989 or Speak Now, she announced a new body of work instead: Midnights, which comes out on Oct. 21, tells stories from “13 sleepless nights” in Taylor’s life.

Details about the tracklist of Midnights were unveiled little by little on social media, through a series Swift called Midnights Mayhem with Me. And as the album release date approaches, fans get to know more about what to expect from it. Now, knowing who the other songwriters are, perhaps we can have a better idea.

In addition to Taylor herself, who is credited as the main songwriter in all songs and sole writer of track eight “Vigilante Shit,” eight other artists are credited as co-writers in Midnights: Jack Antonoff, Zoë Kravitz, Mark Anthony Spears, Jahaan Sweet, Sam Dew, Lana Del Rey, Keanu Torres, and William Bowery. Check out where you might know them from.

Musician Jack Antonoff is most well-known for his solo project Bleachers, the band Fun, and his songwriting work, which helped shape the pop music of the 2010s. He’s been a frequent collaborator and close friend of Taylor’s since they made “Sweeter than Fiction” together for the soundtrack of the 2013 movie One Chance. Some of the most iconic feats of the duo include “Out of the Woods” from 1989, “Getaway Car” from reputation, “Cruel Summer” from Lover, “august” from Folklore, and the ten-minute version of “All Too Well” from Red (Taylor’s Version).

The actress and singer Zoë Kravitz starred in countless box office hits from major franchises, from Mad Max: Fury Road to The Batman, and is the frontwoman of musical duo LOLAWOLF. Daughter of musician Lenny Kravitz, she is also a close friend of Taylor’s.

Kravitz is listed as a co-writer for the first song on the album, “Lavender Haze,” which, according to Taylor, was inspired by her relationship with Joe Alwyn. Some sources also credit Kravitz on track 11, “Karma.”

Known professionally under the name Sounwave, Mark Anthony Spears is best acknowledged for his award-winning work with Kendrick Lamar, his most frequent collaborator. He was also responsible for the writing and production of the critically-acclaimed soundtrack to 2018 movie Black Panther, and a collaborator on Taylor’s 2019 song “London Boy,” from Lover.

Spears is credited as a co-writer for two tracks: “Lavender Haze” and “Karma.”

Jahaan Sweet, also known as simply J. Sweet, is a producer, songwriter, and pianist most recognized for his work with artists like The Carters and Jon Batiste. He has previously worked with Lana Del Rey on her 2017 album Lust for Life.

On Midnights, Sweet is also credited as a co-writer for “Lavender Haze” and “Karma.”

Sam Dew is a singer-songwriter who has previously worked with artists like Mary J. Blige, Rihanna, and Kendrick Lamar. He also co-wrote “I Don’t Wanna Live Forever” with Taylor and Jack Antonoff for the soundtrack of 2017’s Fifty Shades Darker, and worked with Antonoff and Sounwave on a project called Red Hearse in 2019.

Dew is credited as a co-writer for “Lavender Haze,” track one from the album.

Lana Del Rey is one of the biggest pop singers of the last decade, and one of Taylor’s favorites as well. She worked with Jack Antonoff on two of her latest albums, 2019’s Norman Fucking Rockwell! and 2021’s Chemtrails Over the Country Club, and joins him and Taylor as a co-writer for track four, “Snow on the Beach.” Lana is also listed as a featured artist on the same track.

Keanu Torres, also known as Keanu Beats, is an Australian producer who previously worked with artists like Drake. He collaborated with a team that included Sounwave, Beyoncé, and Kendrick Lamar for the 2019 soundtrack album The Lion King: The Gift. On Midnights, he is credited as a co-writer for track 11, “Karma.”

As most fans will know from Folklore times, William Bowery is actually a pseudonym used by British actor (and now also Grammy-winning songwriter) Joe Alwyn, Taylor’s longtime boyfriend. Even though the pair are low-key — even secretive — about their relationship, Alwyn has co-written tracks “exile” and “betty” from 2020’s Folklore, and “champagne problems” and “coney island” from 2020’s evermore. He also served as a co-producer for a few tracks on Folklore.

On Midnights, Alwyn is credited as a co-writer for track 12, “Sweet Nothing.”